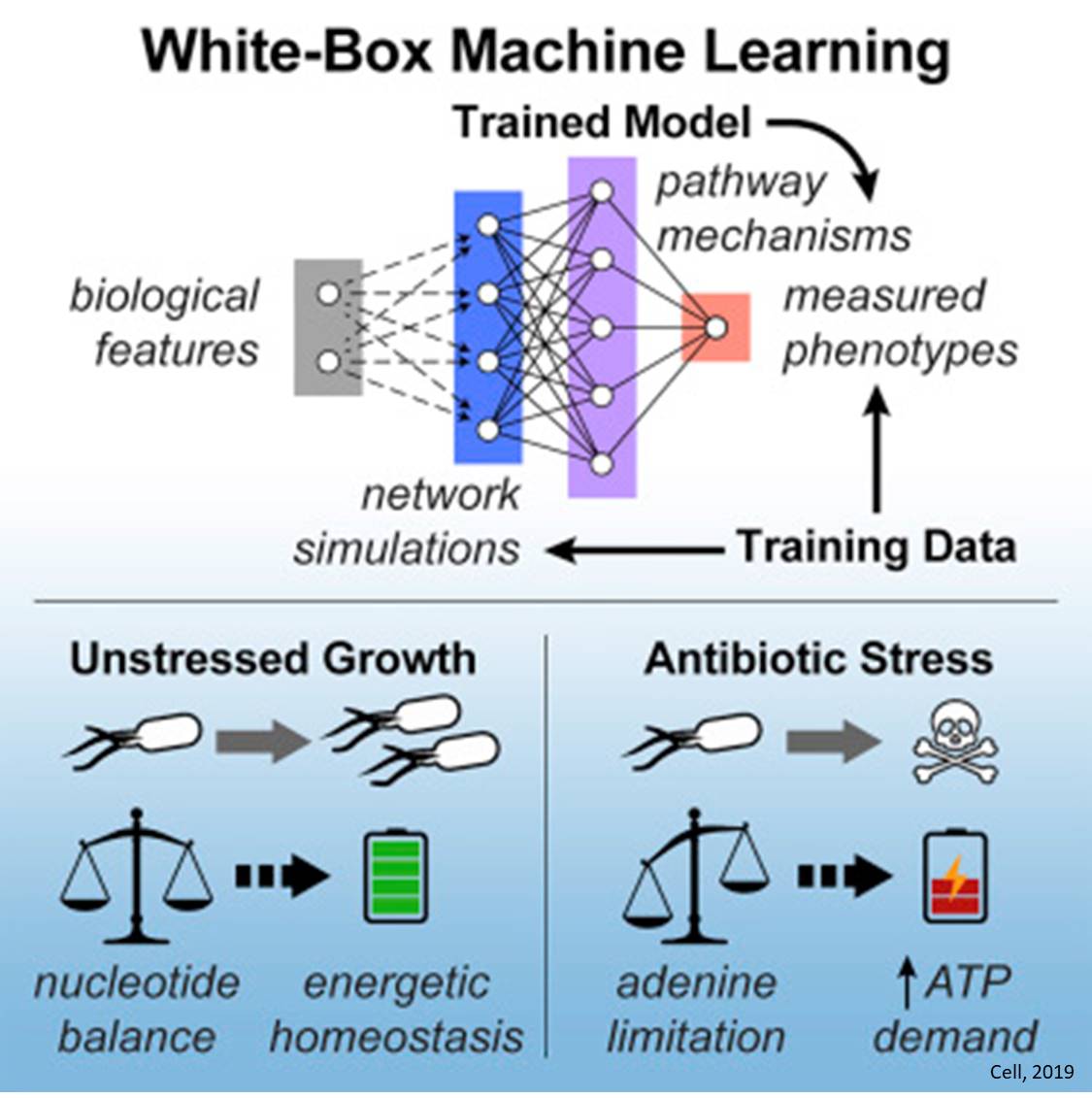 Most antibiotics work by interfering with critical functions such as DNA replication or construction of the bacterial cell wall. However, these mechanisms represent only part of the full picture of how antibiotics act.

In a new study of antibiotic action, researchers developed a new machine-learning approach to discover an additional mechanism that helps some antibiotics kill bacteria. This secondary mechanism involves activating the bacterial metabolism of nucleotides that the cells need to replicate their DNA.'

"There are dramatic energy demands placed on the cell as a result of the drug stress. These energy demands require a metabolic response, and some of the metabolic byproducts are toxic and help contribute to killing the cells," says the senior author of the study.

Exploiting this mechanism could help researchers to discover new drugs that could be used along with antibiotics to enhance their killing ability, the researchers say.

The researchers performed hundreds of experiments in E. coli. They treated the bacteria with one of three antibiotics -- ampicillin, ciprofloxacin, or gentamicin, and in each experiment, they also added one of about 200 different metabolites, including an array of amino acids, carbohydrates, and nucleotides (the building blocks of DNA). For each combination of antibiotics and metabolites, they measured the effects on cell survival.

Many other researchers have used machine-learning models to analyze data from biological experiments, by training an algorithm to generate predictions based on experimental data. However, these models are typically "black-box," meaning that they don't reveal the mechanisms that underlie their predictions.

To get around that problem, the team took a novel approach that they call "white-box" machine-learning. Instead of feeding their data directly into a machine-learning algorithm, they first ran it through a genome-scale computer model of E. coli metabolism that had been characterized in the lab. This allowed them to generate an array of "metabolic states" described by the data. Then, they fed these states into a machine-learning algorithm, which was able to identify links between the different states and the outcomes of antibiotic treatment.

Because the researchers already knew the experimental conditions that produced each state, they were able to determine which metabolic pathways were responsible for higher levels of cell death.

This model yielded the novel discovery that nucleotide metabolism, especially metabolism of purines such as adenine, plays a key role in antibiotics' ability to kill bacterial cells. Antibiotic treatment leads to cellular stress, which causes cells to run low on purine nucleotides. The cells' efforts to ramp up production of these nucleotides, which are necessary for copying DNA, boost the cells' overall metabolism and leads to a buildup of harmful metabolic byproducts that can kill the cells.

"We now believe what's going on is that in response to this very severe purine depletion, cells turn on purine metabolism to try to deal with that, but purine metabolism itself is very energetically expensive and so this amplifies the energic imbalance that the cells are already facing," the lead says.

The findings suggest that it may be possible to enhance the effects of some antibiotics by delivering them along with other drugs that stimulate metabolic activity. "If we can move the cells to a more energetically stressful state, and induce the cell to turn on more metabolic activity, this might be a way to potentiate antibiotics," the lead says.

The "white-box" modeling approach used in this study could also be useful for studying how different types of drugs affect diseases such as cancer, diabetes, or neurodegenerative diseases, the researchers say. They are now using a similar approach to study how tuberculosis survives antibiotic treatment and becomes drug-resistant.