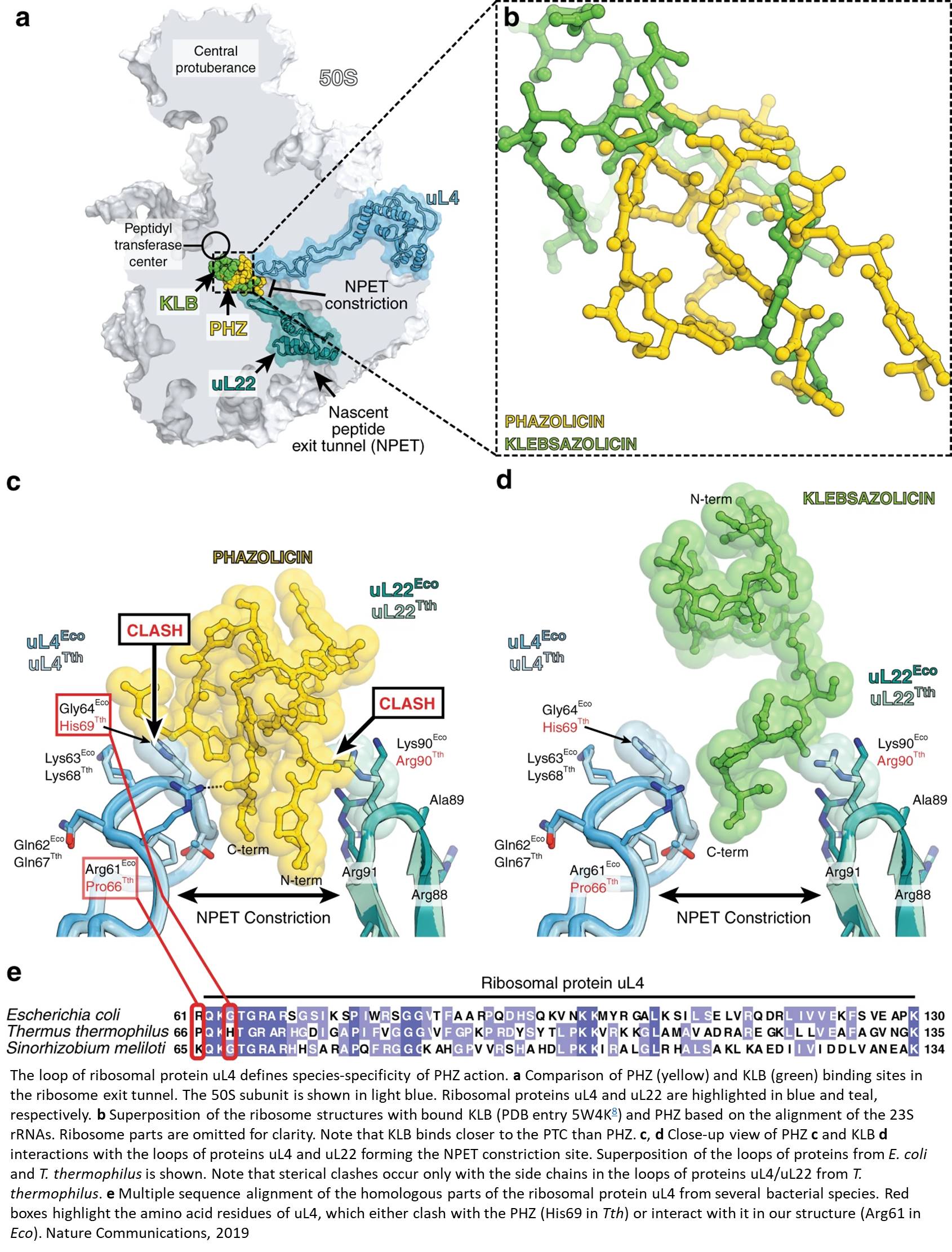 Scientists have discovered an antibiotic produced by a soil bacterium from a Mexican tropical forest that may help lead to a "plant probiotic," more robust plants and other antibiotics.

Probiotics, which provide friendlier bacteria and health benefits for humans, can also be beneficial to plants, keeping them healthy and more robust. The new antibiotic, known as phazolicin, prevents harmful bacteria from getting into the root systems of bean plants, according to a study in the journal Nature Communications.

"We hope to show the bacterium can be used as a 'plant probiotic' because phazolicin will prevent other, potentially harmful bacteria from growing in the root system of agriculturally important plants," said senior author. "Antibiotic resistance is a huge problem in both medicine and agriculture, and continuing searches for new antibiotics are very important as they may provide leads for future anti-bacterial agents."

The bacterium that produces phazolicin, is an unidentified species of Rhizobium. It was found in a tropical forest in Los Tuxtlas, Mexico, in the soil and roots of wild beans called Phaseolus vulgaris, hence the antibiotic's name: phazolicin. Like other Rhizobia, the phazolicin-producing microbe forms nodules on bean plant roots and provides plants with nitrogen, making them grow more robustly than others. Unlike other Rhizobia, it also defends plants from harmful bacteria sensitive to phazolicin. The phenomenon could eventually be exploited in beans, peas, chickpeas, lentils, peanuts, soybeans and other legumes.

Using computer and bioinformatic analysis, the scientists predicted the existence of phazolicin and then confirmed its existence in the lab. They revealed the atomic structure of the antibiotic and showed it is bound to and targets the ribosome, a protein production factory in bacterial cells.

The drug interacts with the 23S rRNA and uL4/uL22 proteins and obstructs ribosomal exit tunnel in a way that is distinct from other compounds. The authors show that the uL4 loop sequence determines the species-specificity of antibiotic action.

The scientists found they can modify and control sensitivity, or susceptibility, to the antibiotic by introducing mutations in ribosomes.