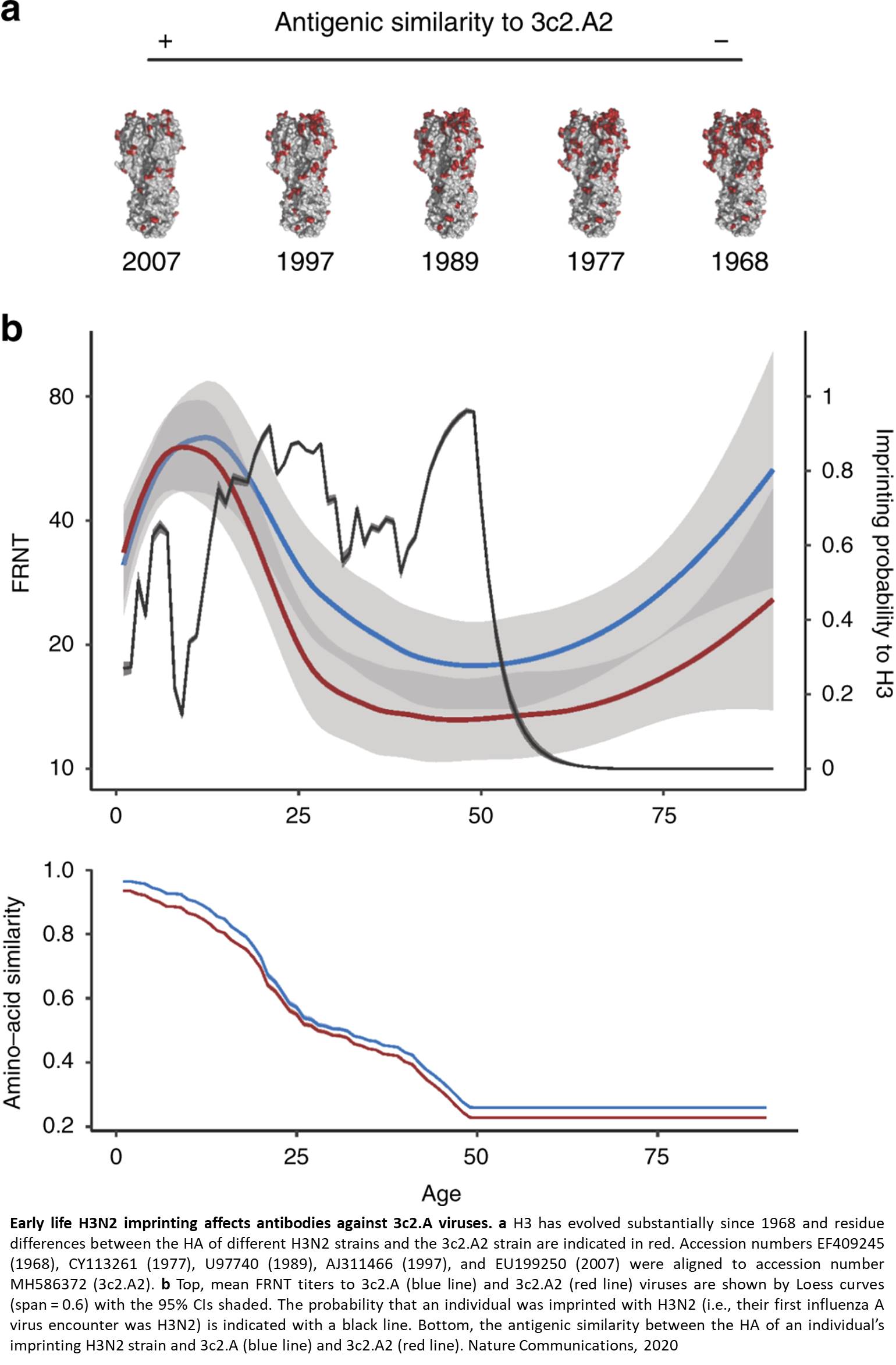 The researchers have found that middle-aged individuals -- those born in the late 1960s and the 1970s -- may be in a perpetual state of H3N2 influenza virus susceptibility because their antibodies bind to H3N2 viruses but fail to prevent infections, according to a new study. The paper was published in Nature Communications.

Most humans are infected with influenza viruses by three to four years of age, and these initial childhood infections can elicit strong, long lasting memory immune responses. H3N2 influenza viruses began circulating in humans in 1968 and have evolved substantially over the past 51 years. Therefore, an individual's birth year largely predicts which specific type of H3N2 virus they first encountered in childhood.

The team's findings are consistent with a concept known as "original antigenic sin" (OAS), originally proposed by Tom Francis, Jr. in 1960. "Most individuals born in the late 1960s and 1970s were immunologically imprinted with H3N2 viruses that are very different compared to contemporary H3N2 viruses. Upon infection with recent H3N2 viruses, these individuals tend to produce antibodies against regions that are conserved with older H3N2 strains and these types of antibodies typically do not prevent viral infections."

According to the research team, it is possible that the presence of high levels of non-neutralizing antibodies in middle-aged adults has contributed to the continued persistence of H3N2 viruses in the human population. Their findings might also relate to the unusual age distribution of H3N2 infections during the 2017-2018 season, in which H3N2 activity in middle-aged and older adults peaked earlier compared to children and young adults.

The researchers say that it will be important to continually complete large serological surveys in different aged individuals, including donors from populations with different vaccination rates. A better understanding of immunity within the population and within individuals will likely lead to improved models that are better able to predict the evolutionary trajectories of different influenza virus strains.

"Large serological studies can shed light on why the effectiveness of flu vaccines varies in individuals with different immune histories, while also identifying barriers that need to be overcome in order to design better vaccines that are able to elicit protective responses in all age groups," said the first author on the paper.