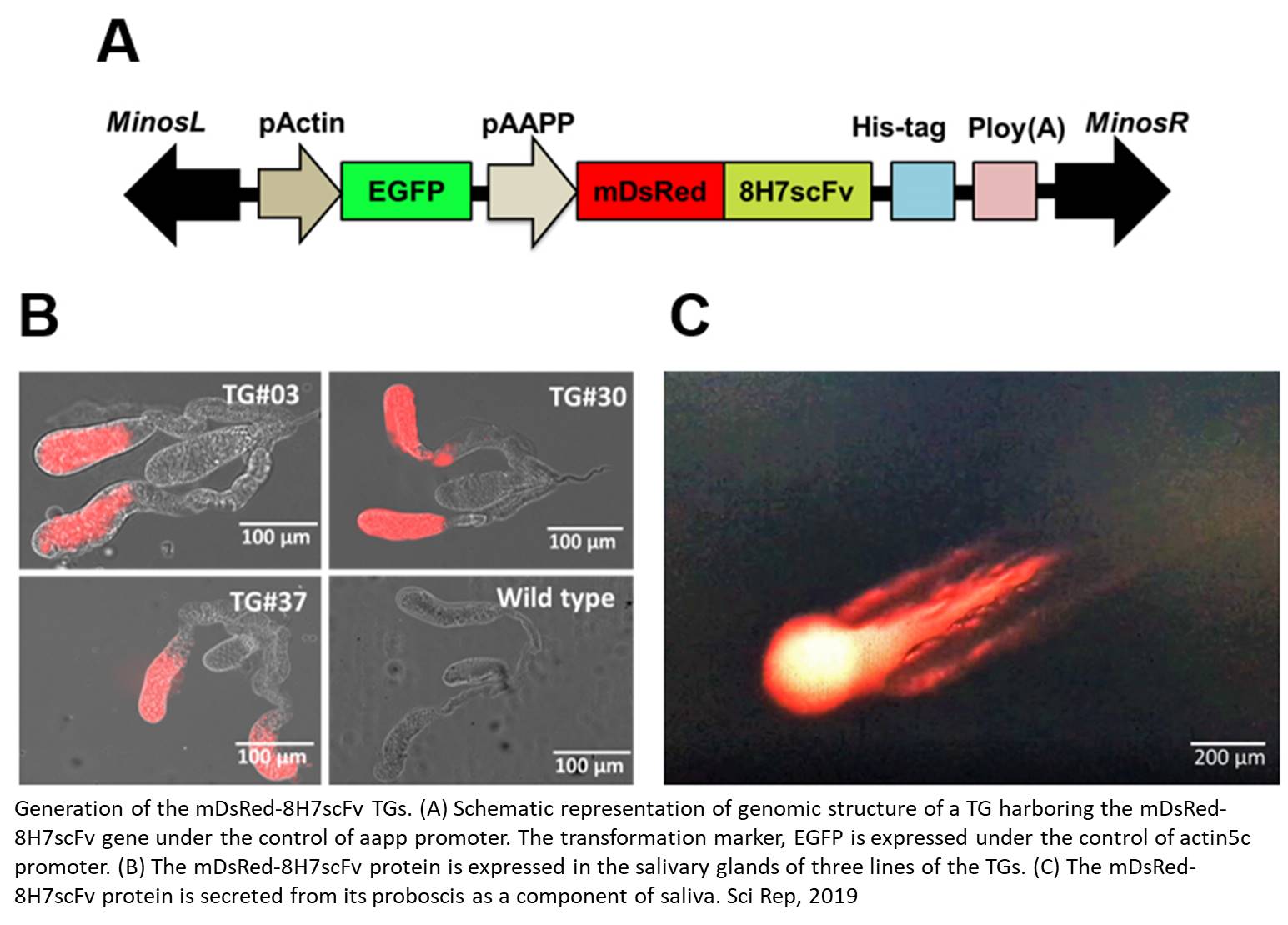 A research team developed a transgenic approach to inactivating the mosquito salivary protein AAPP. Transgenic mosquitos showed significantly longer probing and prediuresis times, and worse feeding success and meal sizes compared with their wild-type counterparts. Although malarial parasite development was unaffected by these behavioral changes in a laboratory setting, real-world stresses associated with parasite burdens would be expected to adversely affect the survival of transgenic mosquitos.

Biting insects use a range of tools when sucking blood from hosts to maximize their chances of a good meal. In the case of mosquitos, only the females feed on blood, which provides a high level of nutrients for egg production. The saliva of biting insects contains proteins that stop host blood from clotting, keep blood vessels dilated so easily accessible, and prevent inflammatory reactions from occurring.

Other salivary proteins have more specific roles antagonizing the host’s immune system. Thus, sand fly saliva causes the death of host defensive white blood cells, while a salivary protein of the mosquito vector of dengue and Zika virus modifies the host immune response to be more anti-inflammatory rather than lethal to malarial protozoans.

Previous work identified a salivary protein (AAPP) of a mosquito vector of human malaria that blocks the binding of platelets to collagen, thus inhibiting clot formation after biting. Now, an international team has investigated the function of AAPP in mosquito blood feeding.

In work reported in Nature Scientific Reports, the team modified a transgene expression system to specifically express an artificial antibody against AAPP under the control of the AAPP promoter in the salivary glands of mosquitos. They first confirmed that the antibody prevented AAPP binding to collagen in transgenic mosquitos by forming a complex with AAPP protein. They then turned their attention to the effects of this inhibition.

“We studied the behavior of transgenic mosquitos expressing the anti-AAPP antibody compared with wild-type controls when feeding on mouse hosts,” says the first author. “Transgenic mosquitos took significantly longer to establish feeding after inserting their mouth parts into the host (probing time), and also had significantly prolonged prediuresis times.”

Prediuresis is the process by which blood-sucking insects excrete drops of fluid to concentrate ingested blood protein within a small volume that fits in their midgut. However, long probing and prediuresis times come at a risk because they alert hosts to the action of biting, which can be detrimental to the insect. Transgenic mosquitos also performed worse than their wild-type counterparts in terms of the volume of blood ingested, which directly reduced their egg production.

“Despite these clear behavioral changes, there was no difference in the number of malarial parasite oocysts developing within wild-type or transgenic mosquitos,” says corresponding author. “This shows that the size of the blood meal alone did not affect parasite development in our laboratory model.”

In the real world, however, the authors believe that the high fitness demands of their parasite burden would push transgenic mosquitos with inactivated AAPP over the edge.