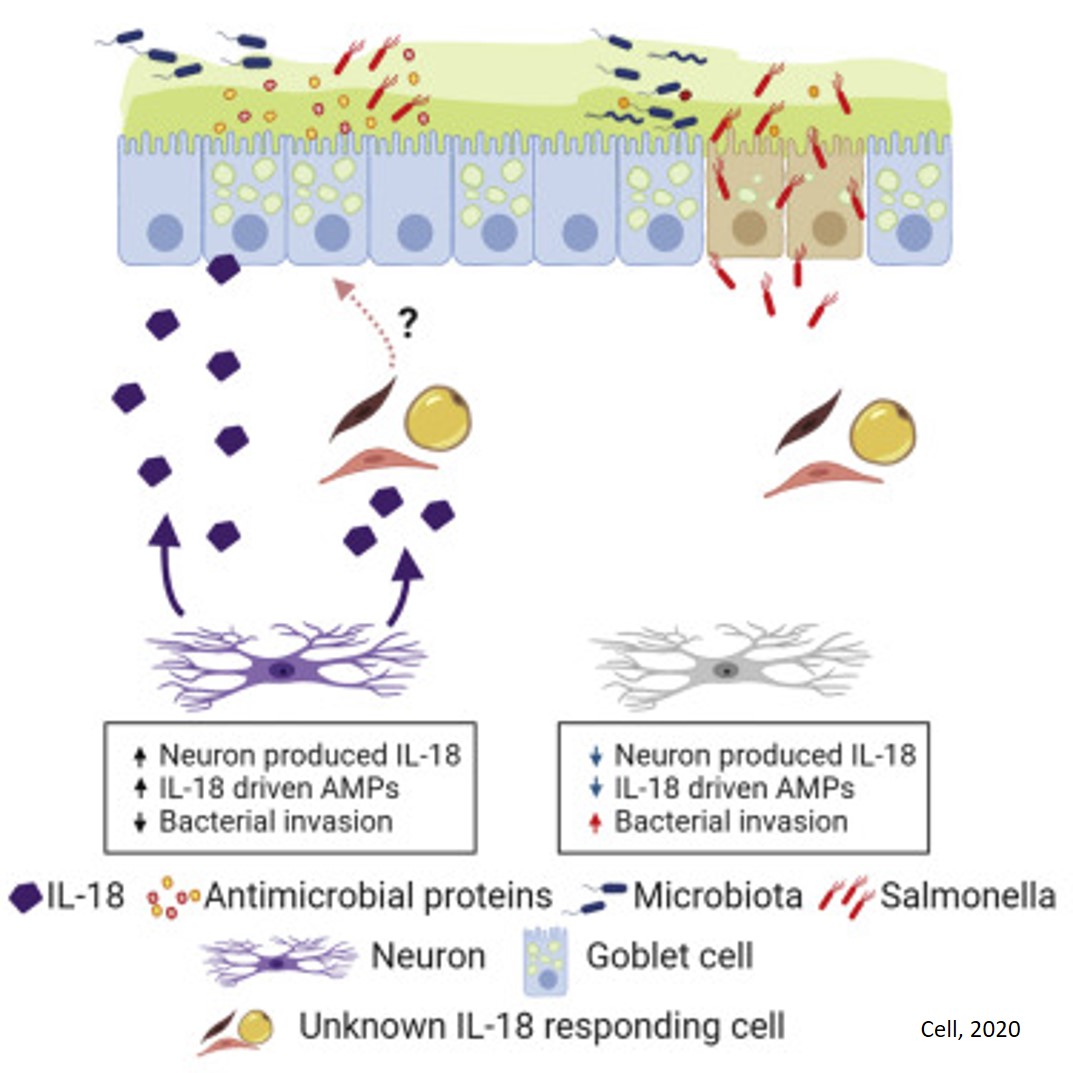 The peaceful and delicate co-existence of friendly gut bacteria and the immune system relies on highly coordinated information exchange between immune system cells and certain cells lining the intestine. Until now, scientists generally believed these two cell types were also central to the production of antibacterial molecules that fend off dangerous infections.

But scientists have discovered that, in response to bacterial invaders, nerve cells within the intestine -- and not immune cells or cells lining the intestinal wall -- release infection-fighting cytokines. They report their findings in the journal Cell.

The findings provide new insights into the body's response to bacterial infections that cause food poisoning and other illnesses.

"We used to believe that the immune system cells and intestinal barrier cells communicated to keep out invading bugs by mobilizing anti-microbial proteins," said co-corresponding author. "The story is actually not true -- it is the nervous system telling barrier cells what to do."

When the researchers deleted IL-18 from both immune cells and cells lining intestinal barriers, mice were still able to fend off intestinal infection from Salmonella bacteria. This ruled them out as the agents responsible for the immune response, said the author. But mice without IL-18 produced by nervous system cells were more susceptible to infection, revealing its key role in fighting infection.

The key role of nerve cells in the defense against pathogens makes sense, given the ability of the nervous system to communicate across long distances, the author said.

"The findings offer an opportunity to explore new ways to intervene in infections through the nervous system," the author said.