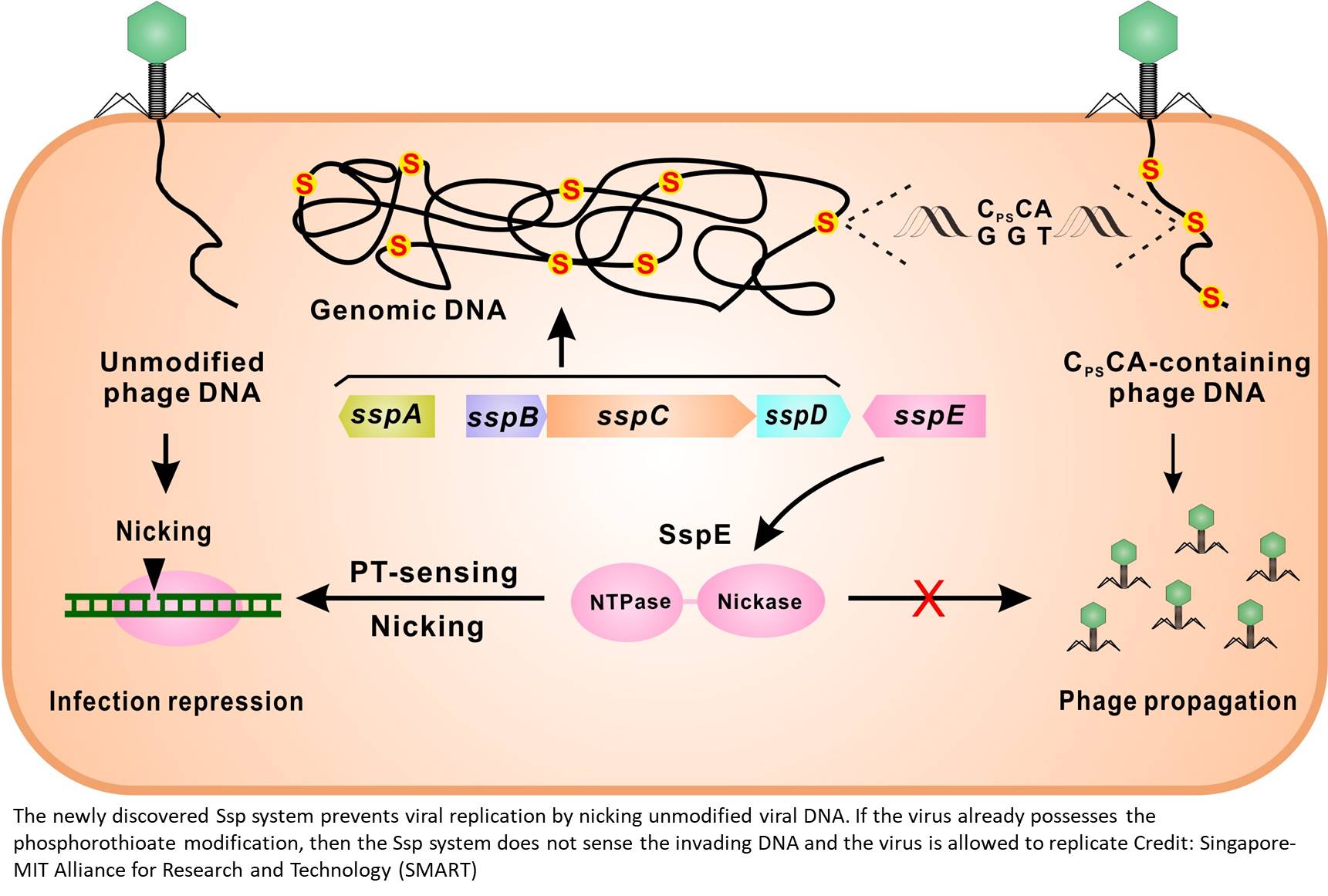 Researchers have discovered a new anti-phage defence mechanism found in some bacteria, which uses previously unknown features to protect their DNA. The groundbreaking discovery enables scientists to overcome existing challenges in bacterial resistance to antibiotics. The growing antimicrobial resistance is a major concern for the global health community, and phage therapy is an important pillar in combating bacterial infections.

Bacteriophages, an effective alternative to fight bacteria that are resistant to commonly used antibiotics, work by injecting their own DNA into the bacteria where it can replicate to the point that it destroys the bacteria. In a paper published in the journal Nature Microbiology, the research team describes a brand new defence system found in many bacteria that work in unique ways to protect themselves against bacteriophages.

"We previously discovered a new type of defence mechanism that bacteria use against phages, where sulfur is inserted into the DNA backbone as a phosphorothioate modification on each strand of the DNA," says, co-author of the paper. "If the attacking phage DNA didn't have the modifications, host enzymes would chop the DNA into pieces to destroy it. This restriction-modification mechanism is like a bacterial immune system to protect against invaders."

"What the team discovered now is an entirely new and different mechanism in which phosphorothioates are located on only one strand of DNA at very high-frequency. The host defence enzymes then nick one strand of the invader DNA to stop the virus from making copies of itself. Like a surgeon's knife compared to a meat cleaver."

The newly identified SspABCD-SspE PT system is unique from the previously known PT modification system which uses multiple proteins and enzymes to attack phage DNA by chopping it into pieces. The discovery will help researchers understand how to tackle the ever-growing arsenal of bacterial defences against phages and can have huge implications for phage therapy.

"We keep pushing to discover DNA modification systems in phages as well as in bacteria. There are likely to be many more waiting to be found. We're finding some bizarre new ones that can be exploited to engineer phages to thwart bacterial defences in common pathogens," adds the author.