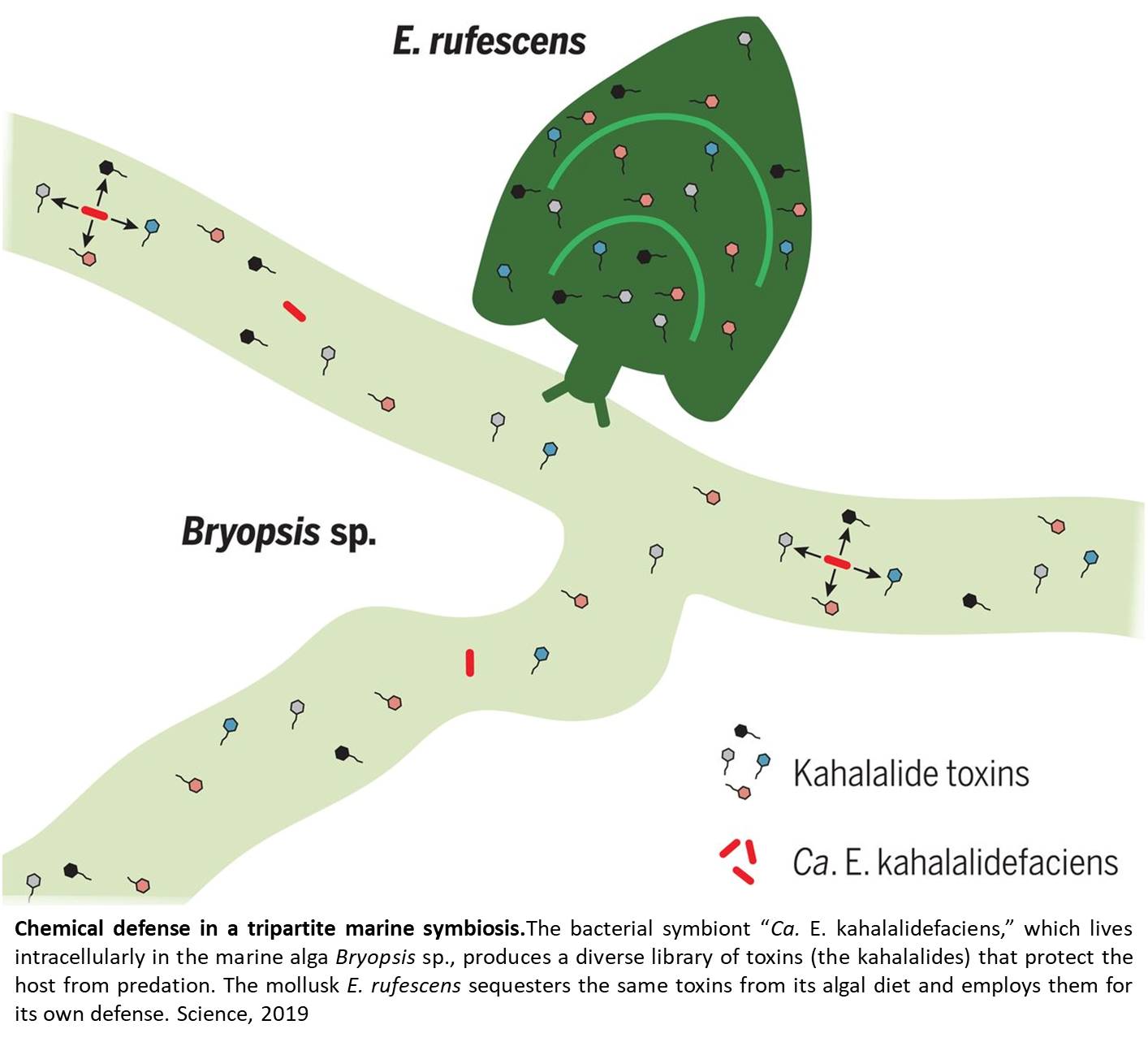 The discovery of a new species of toxin-producing bacteria helps explain how a poisonous sea slug and its algal prey obtain their chemical defenses. It appears the bacteria, a symbiont of the marine alga, produces a battery of chemicals that protect not only the alga from predation, but also the sea slug as it grazes in the ocean. The work sheds light on the complex microbial interactions that contribute to biodiversity and stability in coral reefs.

For the first time researchers have demonstrated that the same symbiotic associations with bacteria that have been characterized in marine invertebrates, and that give rise to bioactive chemicals, also occur in a eukaryotic marine alga. Many marine organisms defend themselves from predators by accumulating small, toxic molecules, whose protective effects can perpetuate up the food chain.

For example, the algal species Bryopsis harbors a toxin named kahalalide F (KF) that repels most predators. The sea slug Elysia rufescens consumes Bryopsis and reaps the same defensive benefits. Scientists have suspected that KF and related toxins originate from symbiotic bacteria, but the bacterial species that produces these poisons has been a mystery.

Researchers collected fresh Bryopsis specimens from an algal bloom in Honolulu, Hawaii, and discovered they harbored an unrecognized species of bacteria - one that produced an array of toxic kahalalides - that they named Candidatus Endobryopsis kahalalidefaciens.

Analysis of its KF genome showed that the bacteria lacked complete pathways to form amino acids and was incapable of free living, indicating that it evolved to fill a specific niche as a toxin factory for Bryopsis. Surprisingly, the authors. observed that the sea slug lacked any organs dedicated to symbiosis but could still hijack KFs - using them for protection - by consuming Bryopsis. The indirect mechanisms of defense described here could help explain the origins of other chemicals found in mollusks, the authors say.