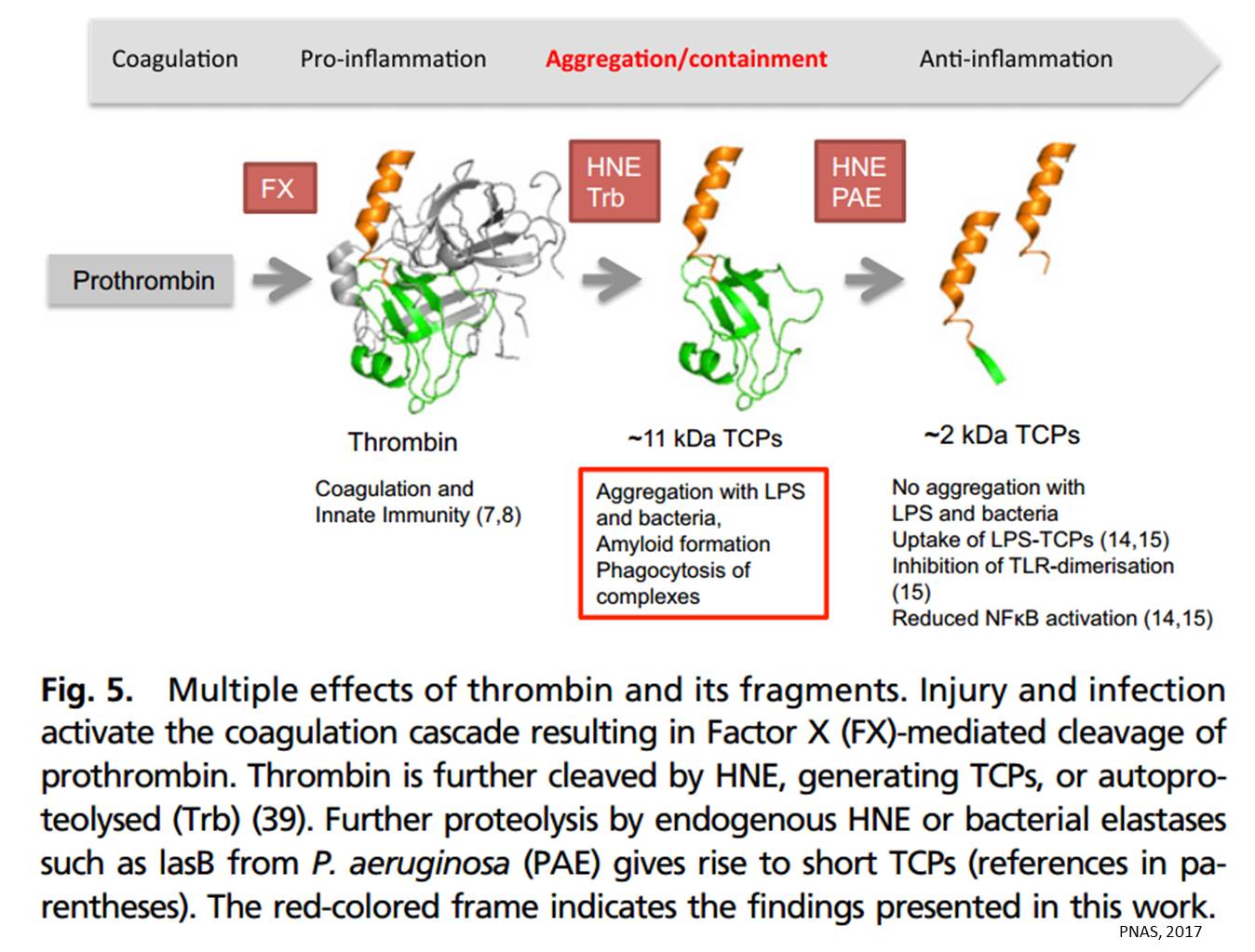 Researchers have cracked the mystery of why we are able to quickly prevent an infection from spreading uncontrollably in the body during wounding. They believe this knowledge may be of clinical significance for developing new ways to counteract bacteria.

"Perhaps we don't need to kill them with antibiotics but simply gather them so that the body can better take care of the infection", say researchers. The study was published in the scientific journal Proceedings of the National Academy of Sciences (PNAS).

The researchers have discovered that fragments of thrombin - a common blood protein which can be found in wounds - can aggregate both bacteria and their toxins; something they did not see in normal blood plasma. They noted aggregation and colocalization of LPS with TCPs in such fibrin material, which indicates the presence of TCP-LPS aggregates under physiological conditions. The aggregation takes place quickly in the wound and causes bacteria and endotoxins not only to gather but also to be "eaten" by the body's inflammatory cells.

"This way, the body avoids a spread of the infection. We believe this to be a fundamental mechanism for taking care of both bacteria and their toxins during wound healing", says author continues;

"Our discovery links aggregation and amyloid formation to our primary defence against infections - our innate immunity. It is well known that various aggregating proteins can cause amyloid disease, in skin or internal organs, such as the brain. Therefore, a mechanism that is supposed to protect us from infections, can sometimes be over-activated and lead to degenerative diseases."

"I have always been fascinated by how nature has effectively created different defence mechanisms, and wound healing provides a rich source of new discoveries. The ability to effectively heal wounds is of evolutionary significance to our survival. Compared to antibiotics, innate immunity has been around for millions of years - and I think we should consider the application of these concepts in an era of increasing antibiotic resistance."