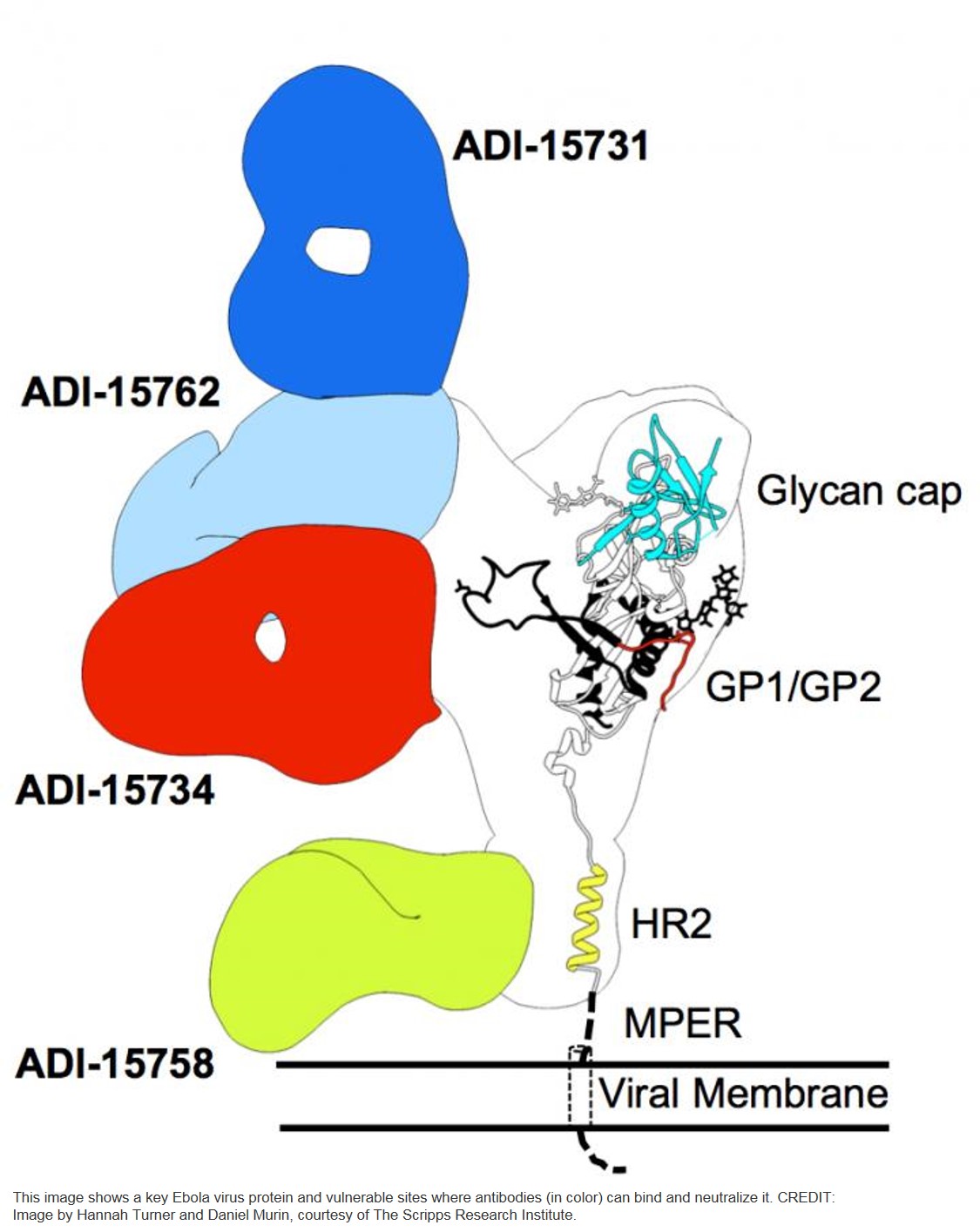 The antibodies, isolated from the blood of a survivor of the 2014 Ebola outbreak and the largest panel reported to date, could guide the development of a vaccine or therapeutic against Ebola. The new study published in the journal Science also revealed a previously unknown site of vulnerability in the structure of the deadly virus.

The new study took advantage of a recently launched single B cell isolation platform from Adimab, which researchers used to quickly find more than 300 antibodies from the outbreak survivor that reacted with the Ebola virus surface glycoprotein--the viral structure that fuses with host cells.

Researchers performed an in-depth analysis of the therapeutic potential of these antibodies. Crucial to this effort was the TSRI development of antigens--molecules that can "fish" for antibodies in blood serum.

Remarkably, 77 percent of the antibodies in the new study showed the potential to neutralize Ebola virus, and several antibodies demonstrated significant protection against the virus in mouse models. "We identified three highly protective antibodies that each targeted a different site--or epitope--on the Ebola virus glycoprotein," author said.

Because these are human antibodies, not modified mouse antibodies, researchers potentially could quickly use them to design a treatment. Furthermore, with these new antibodies available, researchers might be able to design secondary treatments in case the Ebola virus mutates to escape other treatments.

Next, the researchers used an imaging technique, called electron microscopy, to investigate exactly where the antibodies were binding with Ebola virus. The imaging revealed a previously unknown Achilles heel on the virus: a spot at the base of the Ebola virus surface glycoprotein.

While Ebola virus mutates rapidly, this site is part of the virus's larger machinery and tends to stay the same. This means targeting this spot could neutralize many strains of Ebola.

To encourage further studies, the researchers have made the genetic sequences of these antibodies available to the research community.