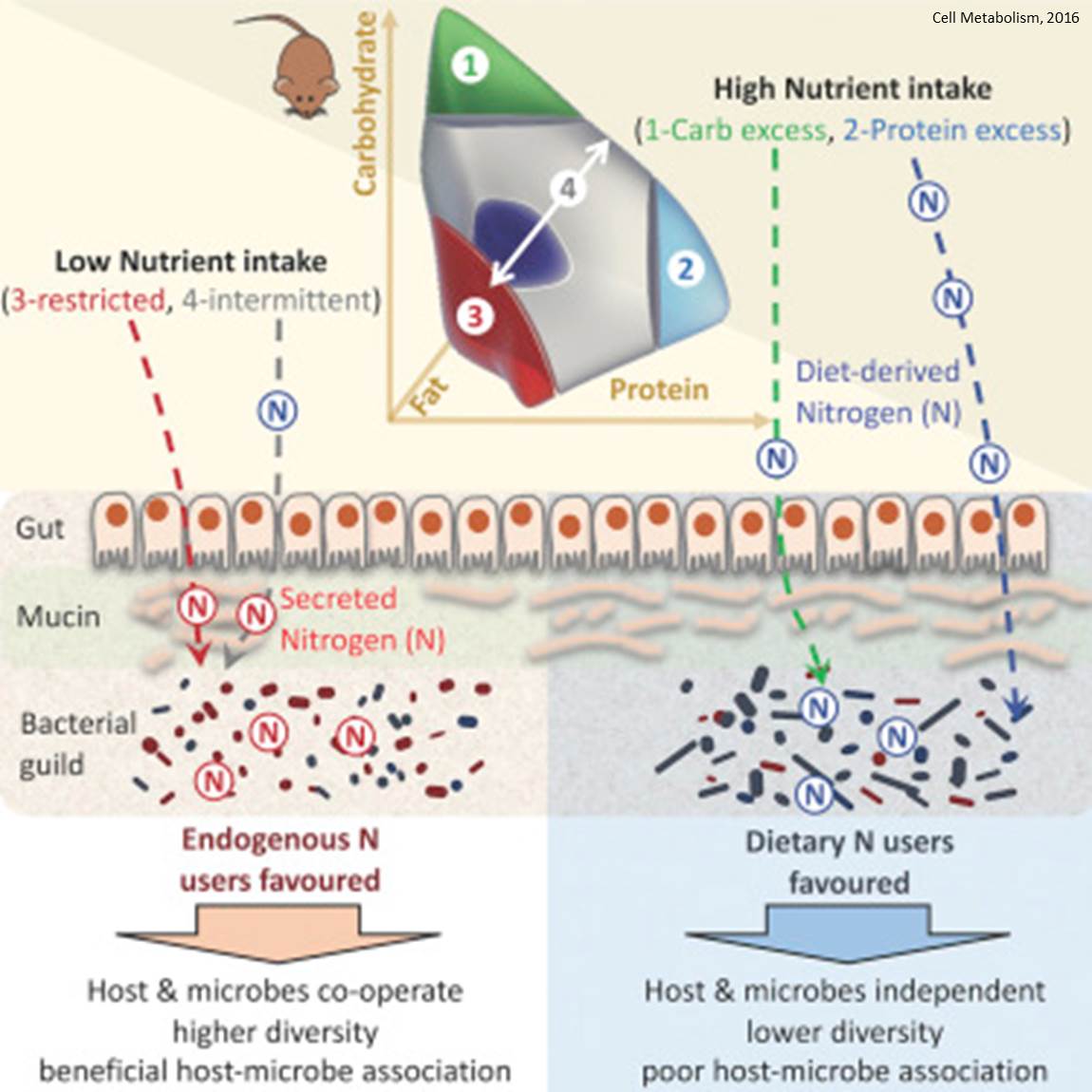 Scientists are one step closer to understanding the link between different diet strategies and gut health, with new research presenting the first general principles for how diet impacts the microbiota.

Researchers have found that the availability of intestinal nitrogen to microbes in the gut plays a key role in regulating interactions between gut microbes and their host animal. The study is published in journal Cell Metabolism.

The balance of gut bacteria in the microbiome plays a key role in such functions as immune regulation and digestive wellbeing, and has been linked to other health outcomes like obesity. Past studies have identified several patterns for how diet influences the microbiome, yet this has not led to a workable model that explains microbial response across many different types of diets.

This new research is the latest in a series stemming from a seminal study in which 25 different diets comprised of different amounts of protein, carbohydrates and fat were systematically varied in 858 mice.

Despite the huge diversity of gut bacteria, two main response patterns emerged in the study - microbe species either increased or decreased in their abundance depending on the animal's protein and carbohydrate intake.

"The largest nutrient requirements for our gut bacteria are carbon and nitrogen in the foods we eat. As carbohydrates contain no nitrogen but protein does, the bacterial community response to the host animal's diet is strongly affected by this diets' protein-carbohydrate ratio," said the lead author.

"The fact that this same pattern was seen across almost all groups of gut bacteria indicates that the makeup of the microbial ecosystem is fundamentally shaped by a need to access nitrogen in the intestinal environment."

The researchers' new model suggests that while high-carbohydrate diets were the most likely to support positive interactions in the microbiome, such benefits were relative to the protein intake of the host animal.