Preventing the transmission of malaria 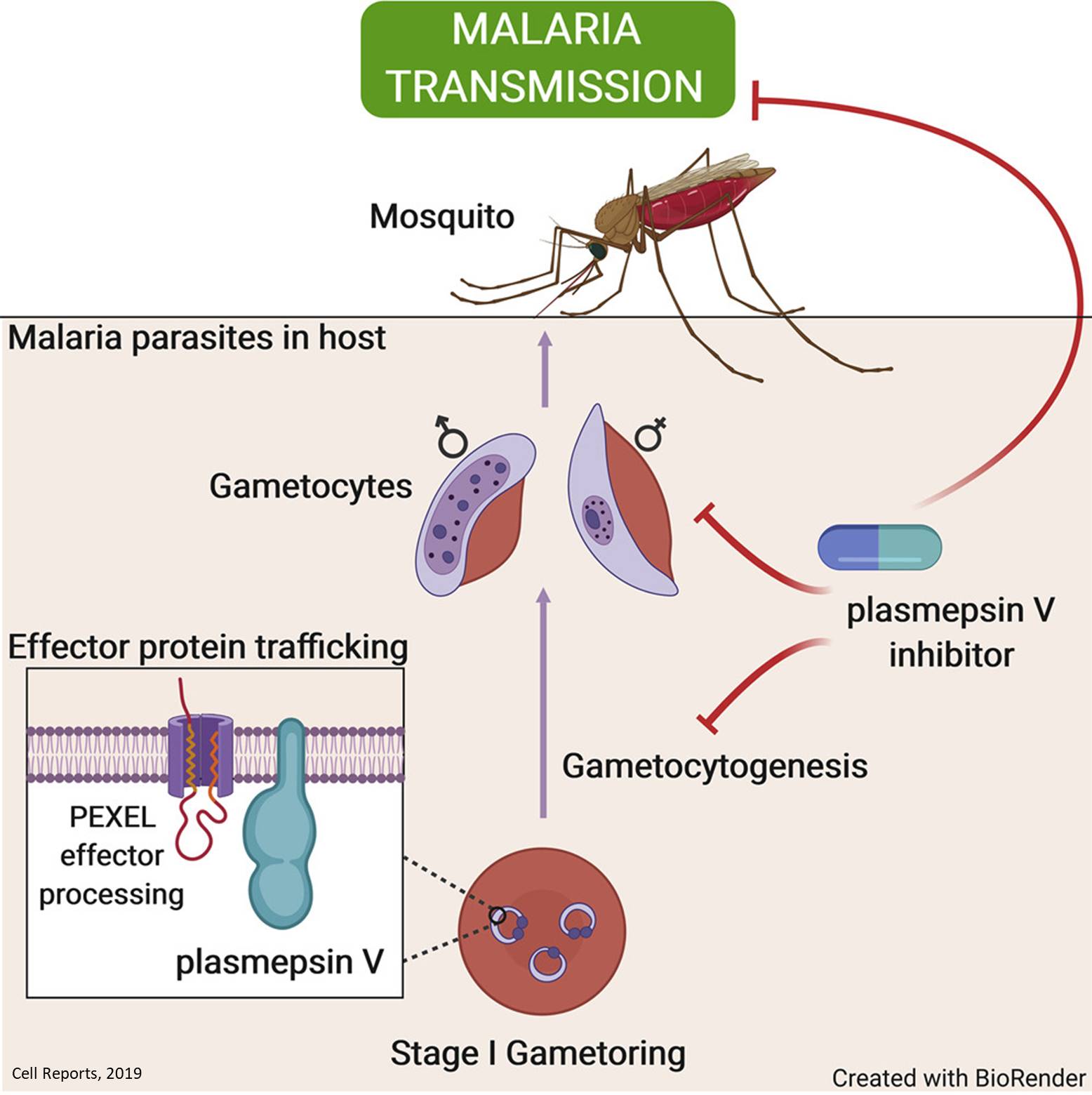 Researchers have found a new drug target for stopping the spread of malaria, after successfully blocking the world's deadliest malaria parasite - Plasmodium falciparum - from completing the 'transmission stage' of its lifecycle.

Using small molecule inhibitors, the researchers blocked plasmepsin V, an enzyme essential for the development of gametocytes which are the only form of the parasite that can be transmitted from humans to mosquitoes. The research was published in the journal Cell Reports.

"We showed that an optimal concentration of the inhibitors could kill gametocytes, and that even with a lower dose, the gametocytes made it all the way through their two-week development phase but still couldn't complete the task of transmitting infection to mosquitoes. This shows plasmepsin V is a target for transmission-blocking drugs," the senior author said.

They demonstrated, using gametocyte-specific fluorescent 'tags', that plasmepsin V was critical for the export of gametocyte proteins - a process essential to gametocyte transmission - before proving their compounds could stop this process in its tracks.

The results build on previous Institute studies including in 2014 when researchers discovered plasmepsin V was an effective drug target for killing the malaria parasite in the asexual blood stage of its lifecycle, when malaria symptoms - such as fever, chills, muscle pain and nausea - occur.

The researchers are now turning their attention to the role of plasmepsin V in the remaining pillar of the malaria lifecycle: the liver stage.

The senior author said the aim was to assess plasmepsin V as a multi-stage drug target for treating, as well as preventing, the spread of malaria; and to understand the unique biology occurring during liver infection.