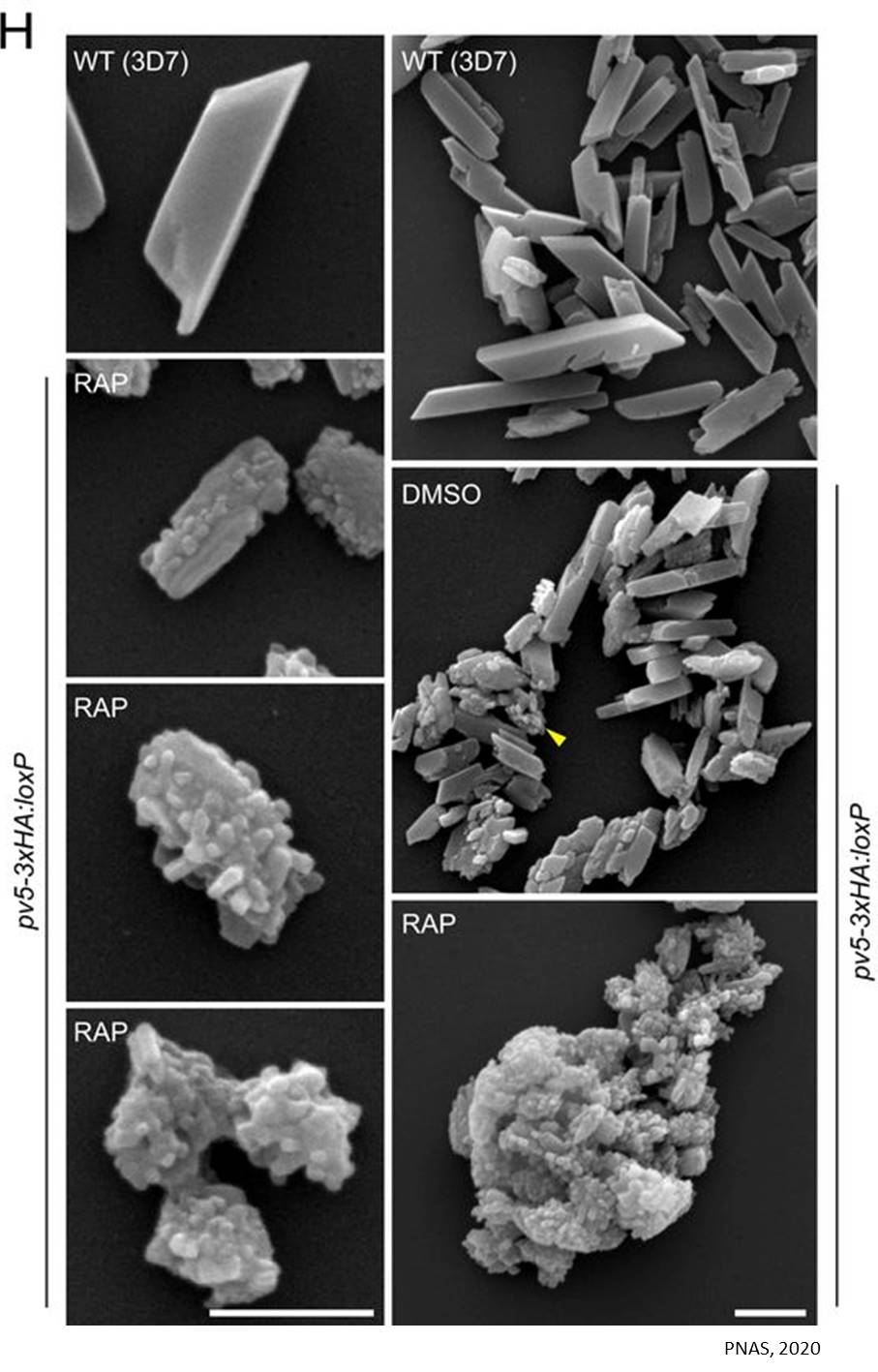 New research has found how the malaria parasite protects itself from toxic compounds in red blood cells.

Malaria causes around 400,000 deaths globally each year. It is caused by Plasmodium parasites which are transmitted by mosquitoes and grow in a person's blood stream.

In their study, published in Proceedings of the National Academy of Sciences USA, the researchers identified a protein used by the malaria parasite to protect itself from a toxic compound in red blood cells. They hope this could lead to the development of drugs that block this process.

When the malaria parasite enters a red blood cell it digests haemoglobin, leading to the release of a compound called haem, which is toxic to the parasite if it is left loose inside the cell.

The researchers found that to overcome this, the parasite uses a protein, called PV5, to control a process where free haem molecules are joined together into insoluble crystals which are not harmful. This is vital to the survival of the malaria parasite.

When the researchers blocked this protein in the lab, they found that the human-infecting malaria parasite made fewer and highly misshapen crystals. When the protein was blocked in mice that had been infected with a rodent strain of malaria, the parasite became more sensitive to several antimalarial drugs.

The lead author says: "The importance of haem crystallisation to malaria has been understood for a while, but what has been missing is knowledge about how this process is controlled by the parasite. By identifying a protein that is key to this process, we've opened the door to potential new treatments which can stop malaria in its tracks".

The researchers will continue to study the role of PV5 during haem crystallisation, with a view to identify the exact mechanism behind this process.