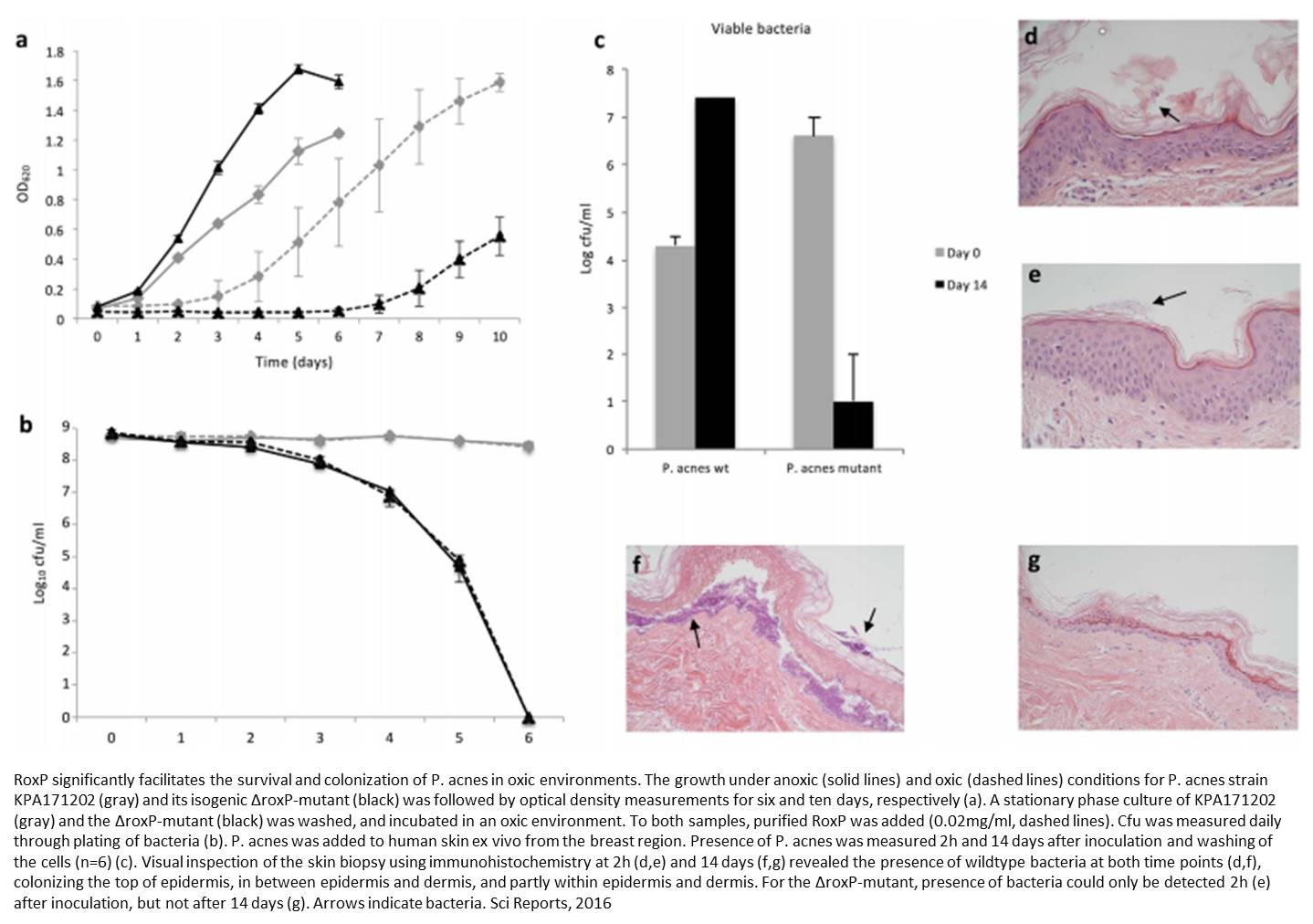 There are more and more examples of the ways in which we can benefit from our bacteria. According to researchers, this is true for the skin as well. They have shown that the most common bacteria on human skin secrete a protein which protects us from the reactive oxygen species thought to contribute to several skin diseases. The protein has an equally strong effect on antioxidants such as vitamin C and vitamin E.

"The name originates from the fact that the bacterium was first discovered on a patient with severe acne. But whether it causes acne is uncertain - it may have been present merely because it is so common", says the author.

They discovered that the "acne bacterium" secretes a protein called RoxP. This protein protects against what is known as oxidative stress, a condition in which reactive oxygen species damage cells. A common cause of oxidative stress on the skin is UV radiation from the sun.

"This protein is important for the bacterium's very survival on our skin. The bacterium improves its living environment by secreting RoxP, but in doing so it also benefits us", explains the author.

Oxidative stress is considered to be a contributing factor in several skin diseases, including atopic dermatitis, psoriasis and skin cancer.

Since Propionibacterium acnes is so common, it is present in both healthy individuals and people with skin diseases. According to the author, however, people have different amounts of the bacterium on their skin, and it can also produce more or less of the protective protein RoxP.

This will now be further investigated in both patients and laboratory animals by the team. The human study will compare patients with basal cell carcinoma, a pre-cancerous condition called actinic keratosis and a healthy control group. The study will be able to show whether there is any connection between the degree of illness and the amount of RoxP on the patient's skin.

The study on laboratory animals will also examine whether RoxP also functions as protection. Here, mice who have been given RoxP and others who have not will be exposed to UV radiation. The researchers will then observe whether the RoxP mice have a better outcome than those who were not given the protective protein.

"If the study results are positive, they could lead to the inclusion of RoxP in sunscreens and its use in the treatment of psoriasis and atopic dermatitis", hopes the author. The research findings have recently been published in an article in the Nature journal Scientific Reports.