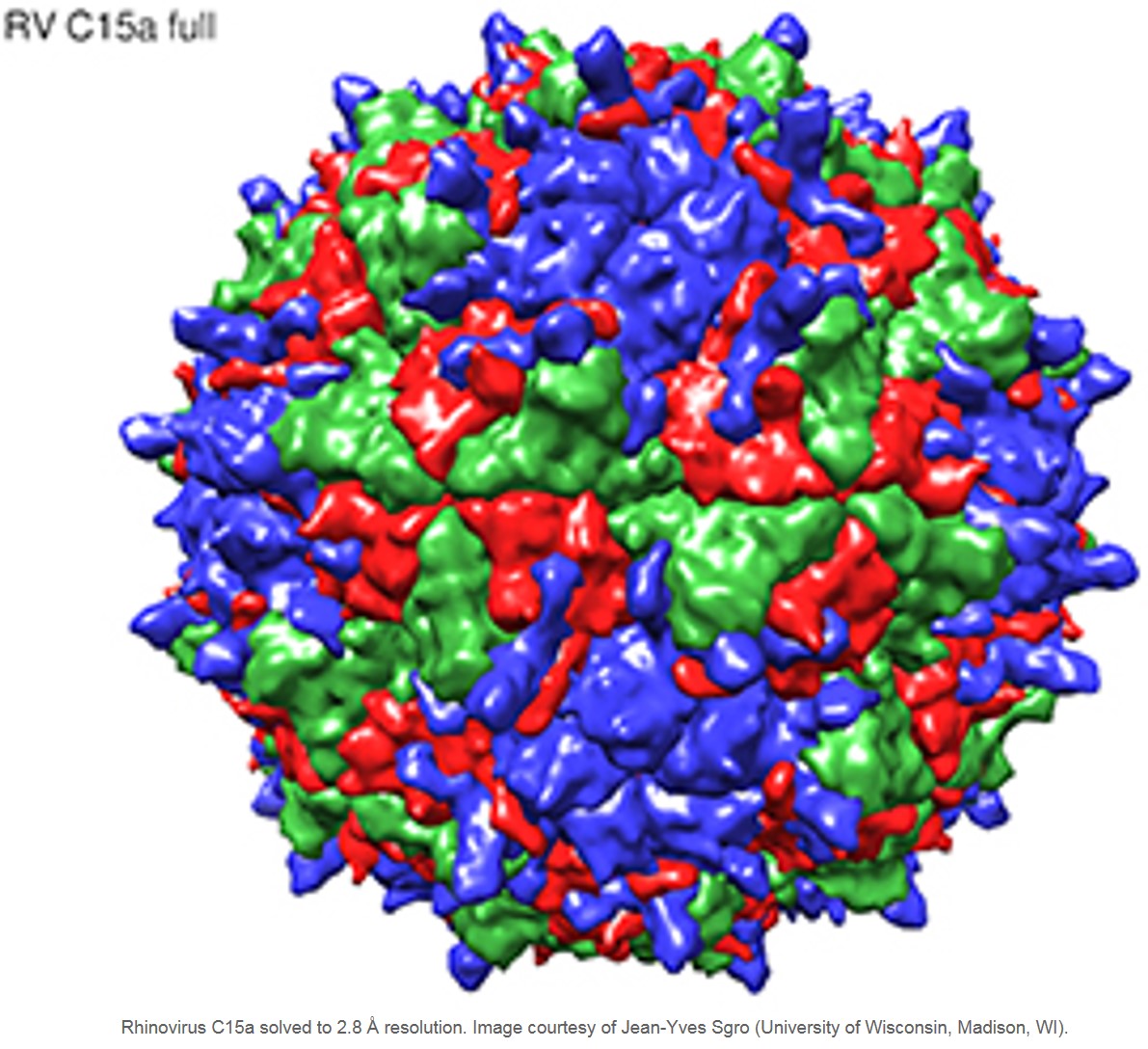 Rhinovirus C viruses cause the common cold as well as severe respiratory infections and asthma exacerbations in children. Currently, no vaccines or effective antiviral treatments are available, partly due to a lack of knowledge about rhinovirus C structures.

The outer surface of the virus is studded with 60 spike-like protrusions, or fingers, which are likely recognized by antibodies produced by the host immune system. Because the external surfaces of both types of particles are nearly identical, the noninfectious empty particle could potentially serve as a safe and effective vaccine candidate.

Near the base of each finger lies a surface depression, or canyon, which likely forms the binding site for receptors located on host cells. However, a pocket underneath the canyon floor is collapsed and filled with bulky amino acids, potentially explaining why antiviral agents that target the pocket are not effective against the virus.

According to the authors, the findings could provide the basis for designing vaccines and novel antiviral therapeutics for severe respiratory diseases in children and adults.