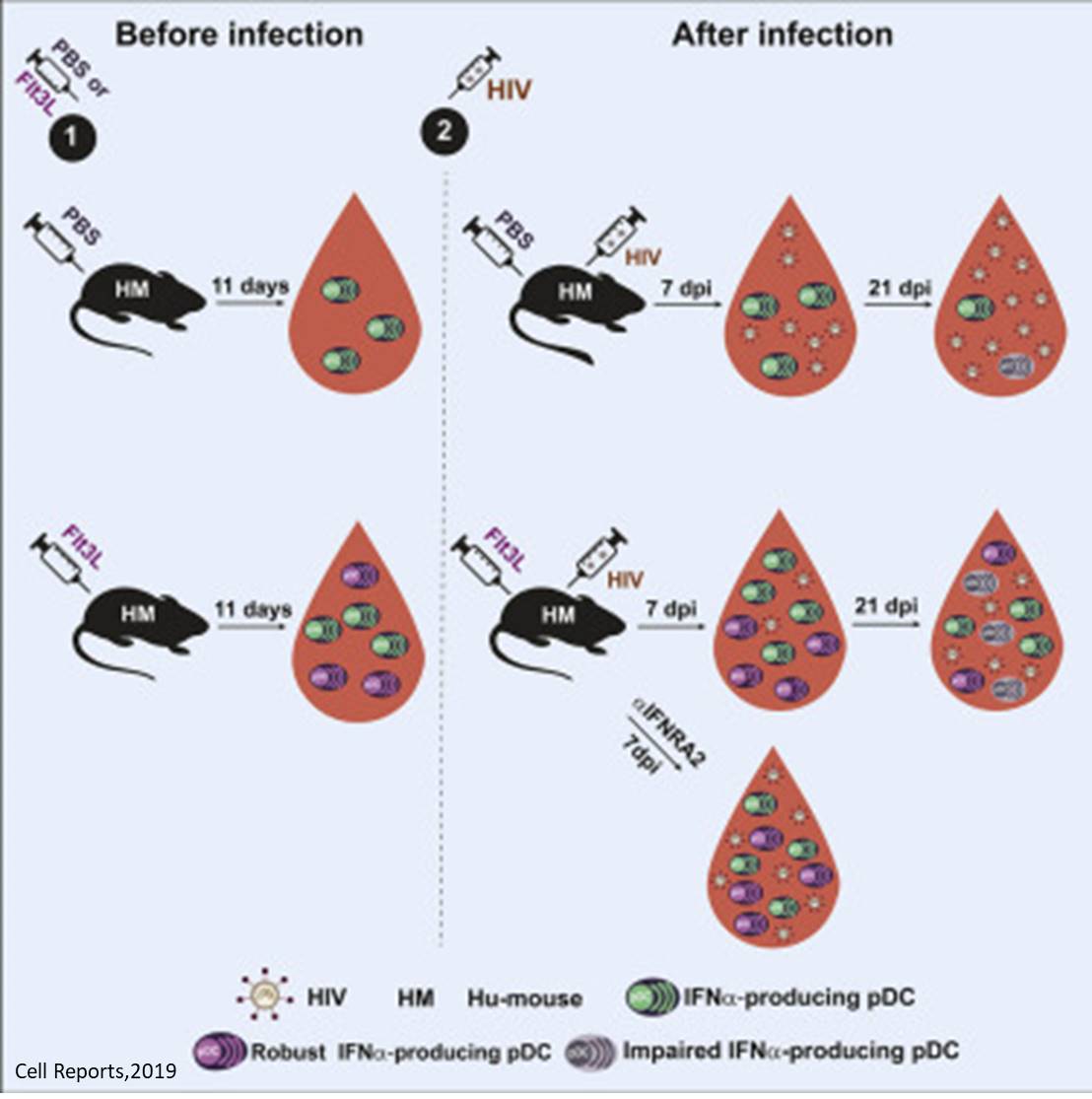 1.7 million. That's how many people are infected with the human immunodeficiency virus (HIV) each year worldwide. 1.7 million people who are condemned to lifelong antiretroviral therapy (ART) or risk developing fatal AIDS . Out of the 37.9 million people living with HIV (PLWH), 22.3 million have access to ART, allowing them to have an almost normal lifespan. Unfortunately, however, the medications only go so far: they don't reach the cells where the virus lies dormant for years. Moreover, potential long-term adverse effects of these medications remain unknown.

Still, HIV research has been making steady strides to help the large number of PLWH. HIV laboratories around the globe are trying to unlock the "secrets" of the virus and find its weak spots in order to prevent or cure the infection. The scientists have recently identified a way to thwart HIV infection at its very early stages. Their discovery is the subject of an article in the scientific journal Cell Reports.

"Contrary to popular belief, HIV is not so easily transmitted," says the senior author. "We are studying the window of vulnerability of the virus, meaning the moments in the infection process when it could be weakened or attacked. We focused on the very early stages following viral invasion."

Once transmitted, HIV does not immediately spread through the body. It initially has to multiply locally, mainly in the genital tissues. It is only after this initial, local expansion that the virus spreads. This localized expansion offers a very brief window of vulnerability before the virus efficiently establishes a systemic infection.

The immune response is like an armed struggle: an enemy infiltrates and the body defends itself. Viruses are the intruders, and white blood cells are soldiers trying to hold down the fort. The white blood cells are equipped with their own "infantry units": lymphocytes, phagocytes, granulocytes and others. The phagocyte group has an even more specialized unit known as 'plasmacytoid dendritic cells' (PDCs). These small, round-shaped cells patrol the body, specializing in both pathogen detection and antiviral response orchestration. In other words, they are the whistleblowers, the ones through which the entire defence process is set into motion. When they detect a threat, they change shape and develop protuberances called dendrites. "Most importantly, they start producing large amounts of interferon, a protein that triggers a state of infection resistance in other cells," the author explained.

As its name implies, HIV preferentially targets the immune system: it attacks and weakens the body's own defences, and the infected person becomes susceptible to the slightest infection. As soon as it arrives, HIV gets PDCs out of the way and prevents them from sounding the alarm. "The virus doesn't seem to kill them directly, but it makes them disappear in a way that is still not understood," said another author. "The loss of PDCs from both the infection site and throughout the body helps establish the infection."

"Given what HIV does to PDCs, we wondered what would happen if we boosted PDC levels and their function both prior to and during infection," said the senior author. To test this, the scientists used a special protein known as Flt3 receptor ligand to stimulate the production of PDCs from the bone marrow of humanized mice. These rodents are engineered to have a human immune system in place of the mouse's own machinery. Consequently, in an infected humanized mouse, HIV behaves as it otherwise would in a human host.

Administration of this special protein maintained high levels of PDCs in these mice and produced some striking results: 1) the initial number of infected mice was reduced; 2) the time it took for the virus to be detectable in the blood was lengthened; and 3) the amount of virus in the blood, also known as viremia, was significantly reduced. "We observed up to a 100-fold decrease in viremia," the author noted. "In other words, the initial infection is suppressed by maintaining a high level of PDCs."

This seminal work also showed that the injection of the Flt3 receptor ligand not only increased PDC abundance, but also boosted their ability to detect the virus and produce interferon following its detection.

Of course, HIV infection normally goes unnoticed and by the time the viremia is detectable, it is a little too late. In this context, the discovery by the authors is highly important in terms of prevention and a potential cure. "These new findings will be crucial in the design of an HIV vaccine, which is basically aimed at teaching the immune system to defend itself by introducing it to a weakened form of the virus," said the senior author. "We can now focus on PDCs in order to control the seeding and expansion of the virus at the early stage of infection."