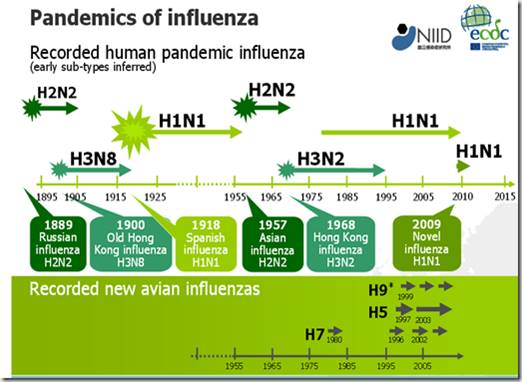 Pigs are a key intermediate host, or “mixing vessel,” in the development of pandemic influenza viruses, and surveillance of swine influenza viruses (SIVs) can help anticipate and prepare for human pandemics.

The researchers isolated 179 SIVs from pigs across 10 provinces in China from 2011 to 2018. The authors grouped the viruses into six genotypes, with the genotype resembling the prototypical Eurasian-avian H1N1 (EA H1N1) lineage (G1) predominating from 2011 to 2013.

However, since 2016 the predominant viral genotype has been one incorporating elements from both the 2009 pandemic lineage and the North American triple-reassortant lineage. Viruses of this genotype, labeled G4 EA H1N1 by the authors, exhibited features characteristic of the 2009 pandemic lineage, including preferential binding to human-like SAα2,6Gal receptor, efficient replication in human airway epithelial cells, and high infectivity and transmissibility in a ferret model.

The authors further found that of more than 300 serum samples from swine workers on 15 pig farms, 10.4% contained antibodies against G4 EA H1N1.

The results suggest that G4 EA H1N1 has the potential for pandemic spread in humans and that measures to control this virus in pigs and closely monitor swine working populations should be swiftly implemented, according to the authors.