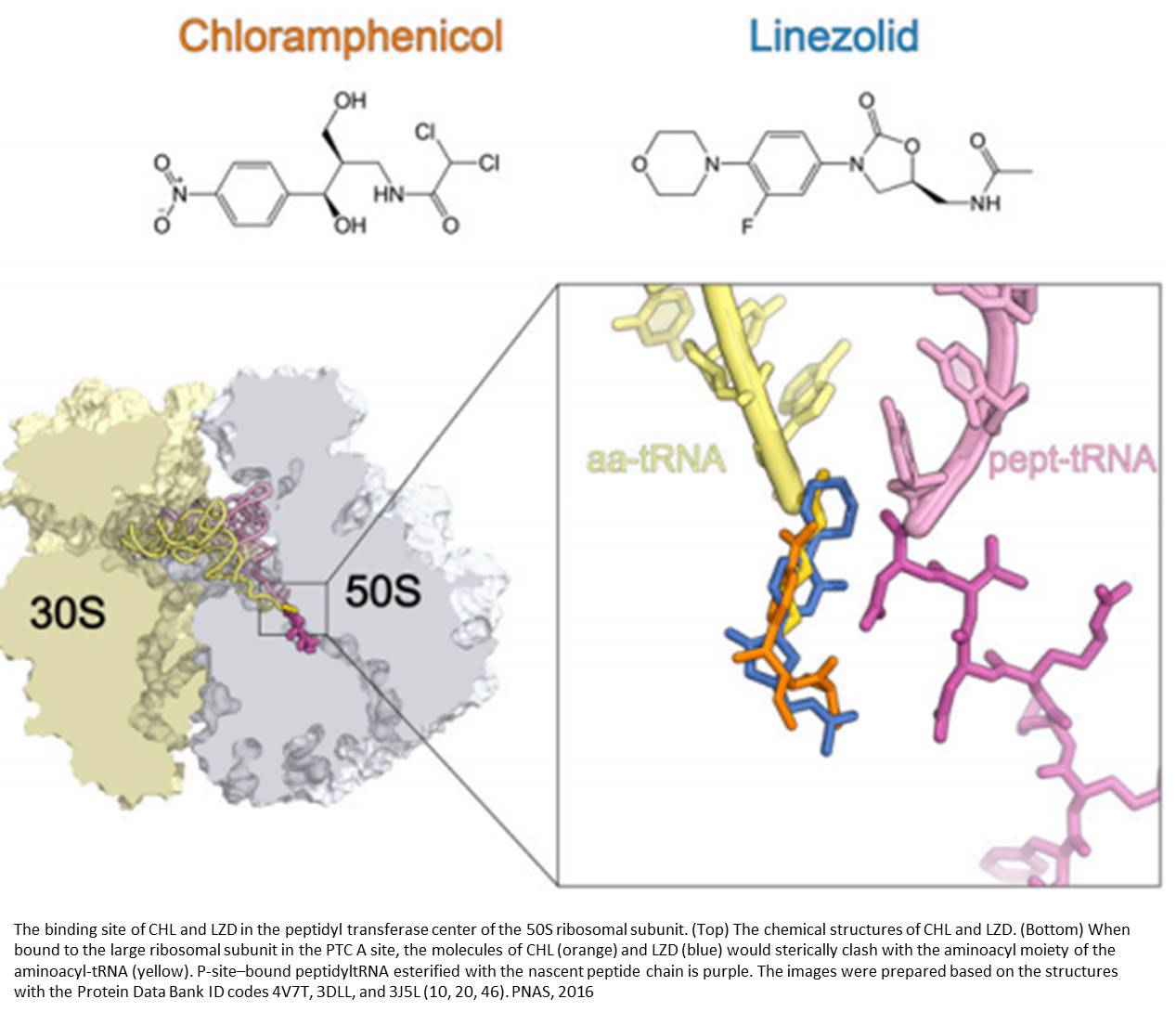 A natural product, chloramphenicol is one of the oldest antibiotics on the market. For decades it has been useful for many bacterial infections, including meningitis, plague, cholera and typhoid fever.

Linezolid, a synthetic drug, is a newer antibiotic used to treat serious infections -- streptococci and methicillin-resistant Staphylococcus aureus (MRSA), among others -- caused by Gram-positive bacteria that are resistant to other antibiotics.

While the antibiotics are very different, they each bind to the ribosome's catalytic center, where they were expected to inhibit formation of any peptide bond that links the components of the protein chain into a long biopolymer. In simple enzymes, an inhibitor that invades the catalytic center simply stops the enzyme from doing its job.

"Contrary to this view, the activity of chloramphenicol and linezolid critically depends on the nature of specific amino acids of the nascent chain carried by the ribosome and by the identity of the next amino acid to be connected to a growing protein," author said. "These findings indicate that the nascent protein modulates the properties of the ribosomal catalytic center and affects binding of its ligands, including antibiotics."

Combining genomics and biochemistry has allowed the researchers to better understand how the antibiotics work. Antibiotic-mediated inhibition of protein synthesis is most efficient when the nascent peptide in the ribosome carries an alanine residue and, to a lesser extent, serine or threonine in its penultimate position.

In contrast, the inhibitory action of the drugs is counteracted by glycine when it is either at the nascent-chain C terminus or at the incoming aminoacyl-tRNA. The context-specific action of chloramphenicol illuminates the operation of the mechanism of inducible resistance that relies on programmed drug-induced translation arrest.

"If you know how these inhibitors work, you can make better drugs and make them better tools for research," said the author. "You can also use them more efficiently to treat human and animal diseases."

Effects of Intermittent Fasting on Health, Aging, and Disease