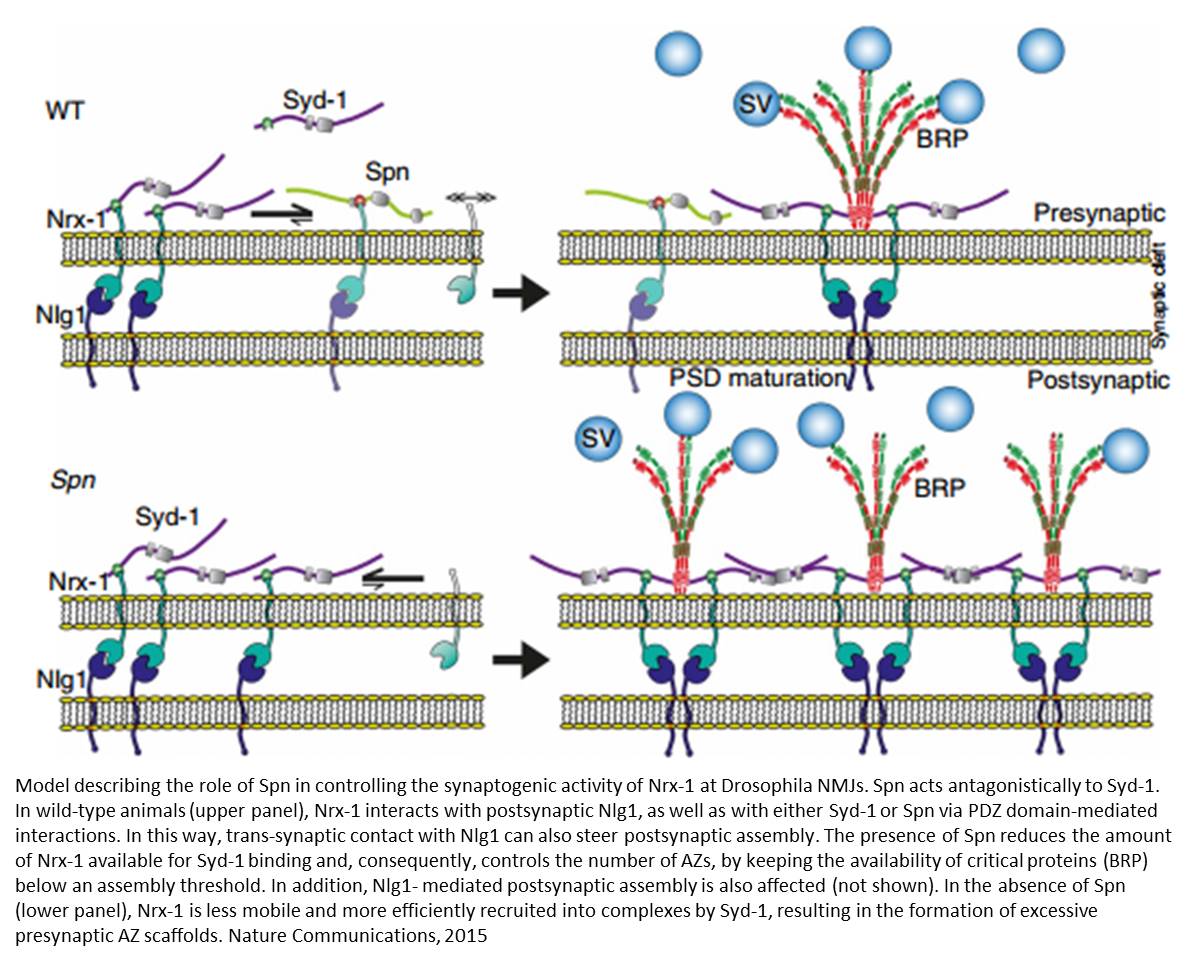 Assembly and maturation of synapses at the Drosophila neuromuscular junction (NMJ) depend on trans-synaptic neurexin/neuroligin signalling, which is promoted by the scaffolding protein Syd-1 binding to neurexin.

Scientists in the journal Nature Communications report that the scaffold protein spinophilin binds to the C-terminal portion of neurexin and is needed to limit neurexin/ neuroligin signalling by acting antagonistic to Syd-1.

Loss of presynaptic spinophilin results in the formation of excess, but atypically small active zones. Neuroligin-1/neurexin-1/Syd-1 levels are increased at spinophilin mutant NMJs, and removal of single copies of the neurexin-1, Syd-1 or neuroligin-1 genes suppresses the spinophilin-active zone phenotype.