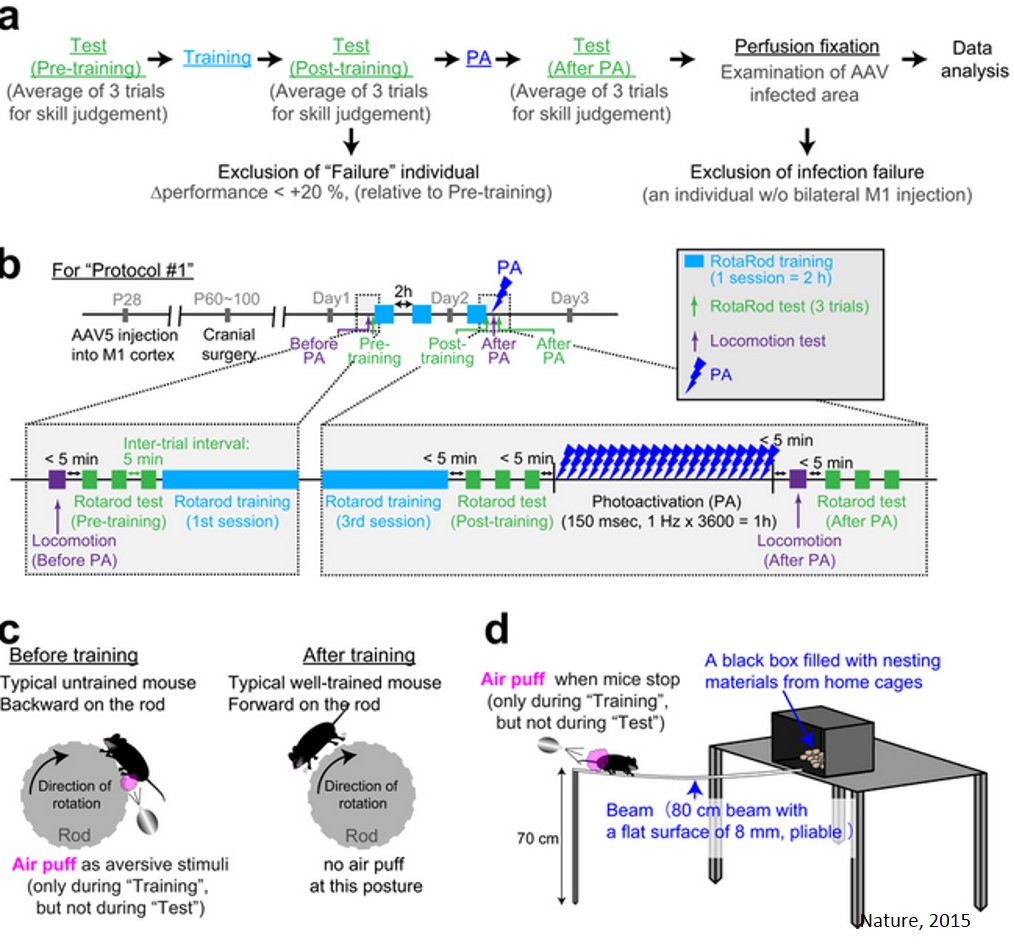 The team taught a mouse to stay atop a rolling pipe, then shined a light on the part of its brain that had changed as it learned, causing the change to revert back to its pre-learned state and in so doing, causing the mouse to forget what it had learned.

In order to make this bit of magic happen, the team had to first design and build a device that allowed for such manipulation—they call it AS-PaRac—it is an optoprobe that is capable of causing changes to spines that grow on the edges of dentrites, the listening or input part used by neurons to communicate with one another. Prior work has suggested that their tips grow bigger as part of storing a new memory.

With their new device in hand, the researchers first trained a mouse to stay on a pipe as it rolled, they then identified which dentrite was involved in storing that memory and which particular spine—they were actually able to see that its tip had grown in size.

Then, they used the AS-PaRac to force the spine tip back to the size it was before the mouse learned to balance on the pipe. Doing so caused the mouse to forget what it had learned.

To make sure the change was isolated, the team repeated the experiment, but the second time around, they taught the mouse another trick—reducing the same spine caused the mouse to once again forget how to do the first trick, but not the second.