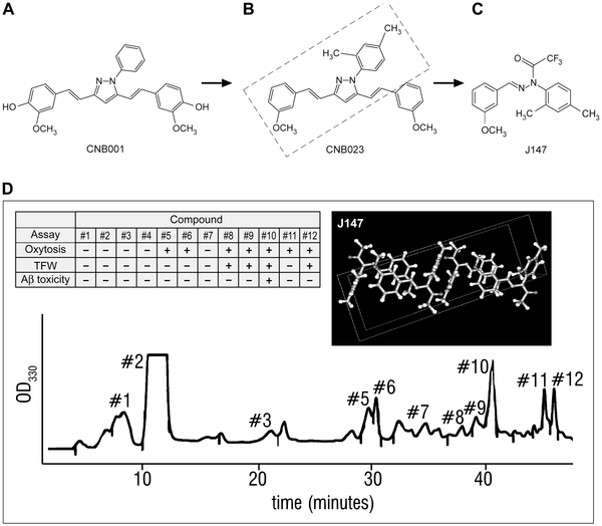 The research team expanded upon their previous development of a drug candidate, called J147, which takes a different tack by targeting Alzheimer's major risk factor--old age.

In the new work, the team showed that the drug candidate worked well in a mouse model of aging not typically used in Alzheimer's research. When these mice were treated with J147, they had better memory and cognition, healthier blood vessels in the brain and other improved physiological features, as detailed in the journal Aging.

The old mice that received J147 performed better on memory and other tests for cognition and also displayed more robust motor movements. The mice treated with J147 also had fewer pathological signs of Alzheimer's in their brains.

Importantly, because of the large amount of data collected on the three groups of mice, it was possible to demonstrate that many aspects of gene expression and metabolism in the old mice fed J147 were very similar to those of the young animals. These included markers for increased energy metabolism, reduced brain inflammation and reduced levels of oxidized fatty acids in the brain.

Another notable effect was that J147 prevented the leakage of blood from the microvessels in the brains of old mice.