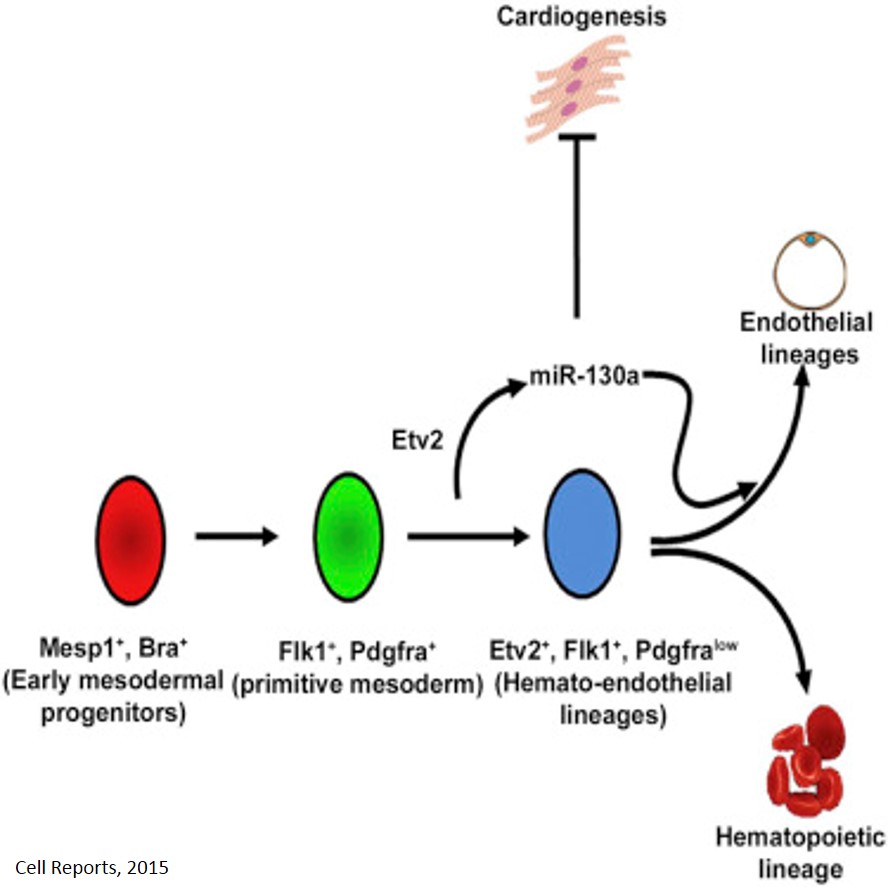 Researchers defined an Etv2-miR-130a cascade that regulates mesodermal specification and determination. Ablation of Dicer in the Etv2-expressing precursors resulted in altered mesodermal lineages and embryonic lethality.

In contrast, CRISPR/Cas9-mediated knockout of miR-130a demonstrated a reduction of the endothelial program without affecting hematopoiesis.

In summary, the function of a miRNA that specifically promotes the divergence of the hemato-endothelial progenitor to the endothelial lineage.