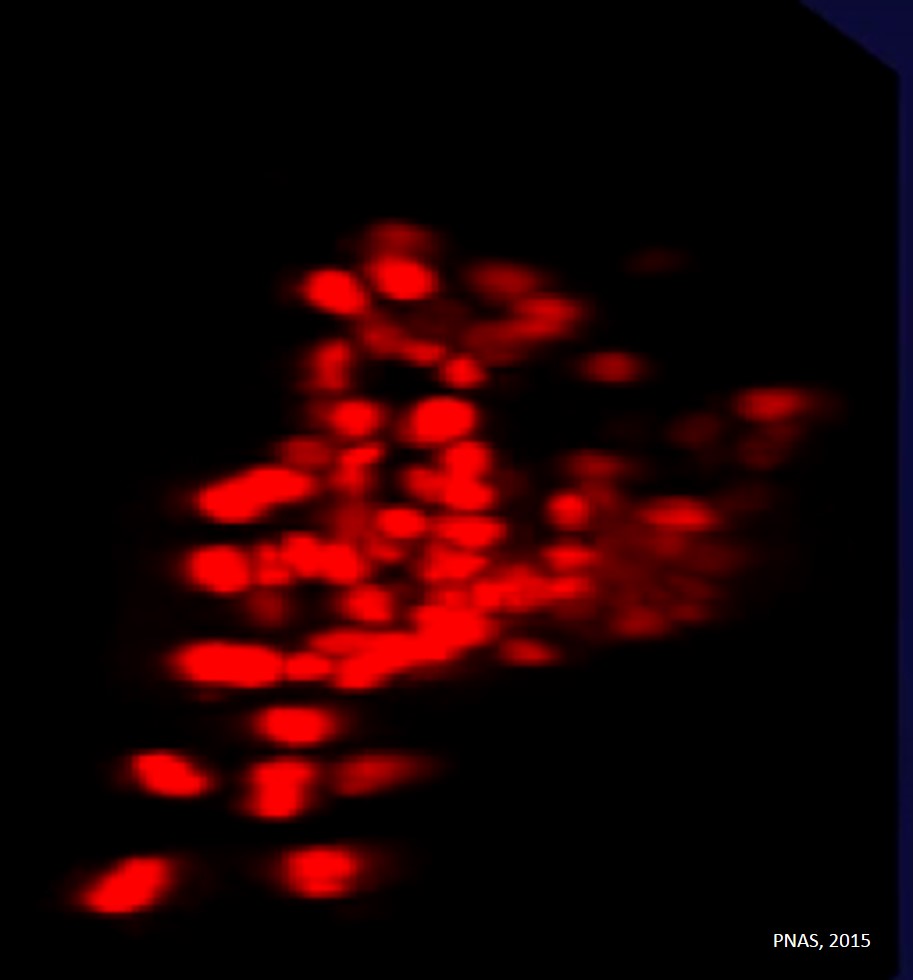 The ability to use sensory information from the environment to decide which movements to make is critical for survival.

To fully understand this complex process, brain wide neural activity must be monitored as an animal responds to environmental changes.

Researchers developed an imaging setup and analysis pipeline to track and simultaneously record the activity of approximately 80 neurons at single-cell resolution in crawling nematodes exposed to fluctuating environmental conditions.

The authors used genetic techniques to make neurons in the nematode brain emit fluorescence when activated, and then built a customized microscope to continuously track the movements of crawling nematodes and record neural activity across the brain.

Image analysis algorithms filtered out motion artifacts from the animals’ movements and identified individual neurons based on unique, local patterns of fluorescent signals from constellations of nearby neurons. Using this imaging pipeline, the authors identified specific sensory and motor neurons whose activities were modulated by the nematodes’ forward and backward movements in response to temperature fluctuations.

According to the authors, the imaging system could be used in transparent, moving animals to uncover insights into the neural circuits that transform sensory information into behavioral decisions.