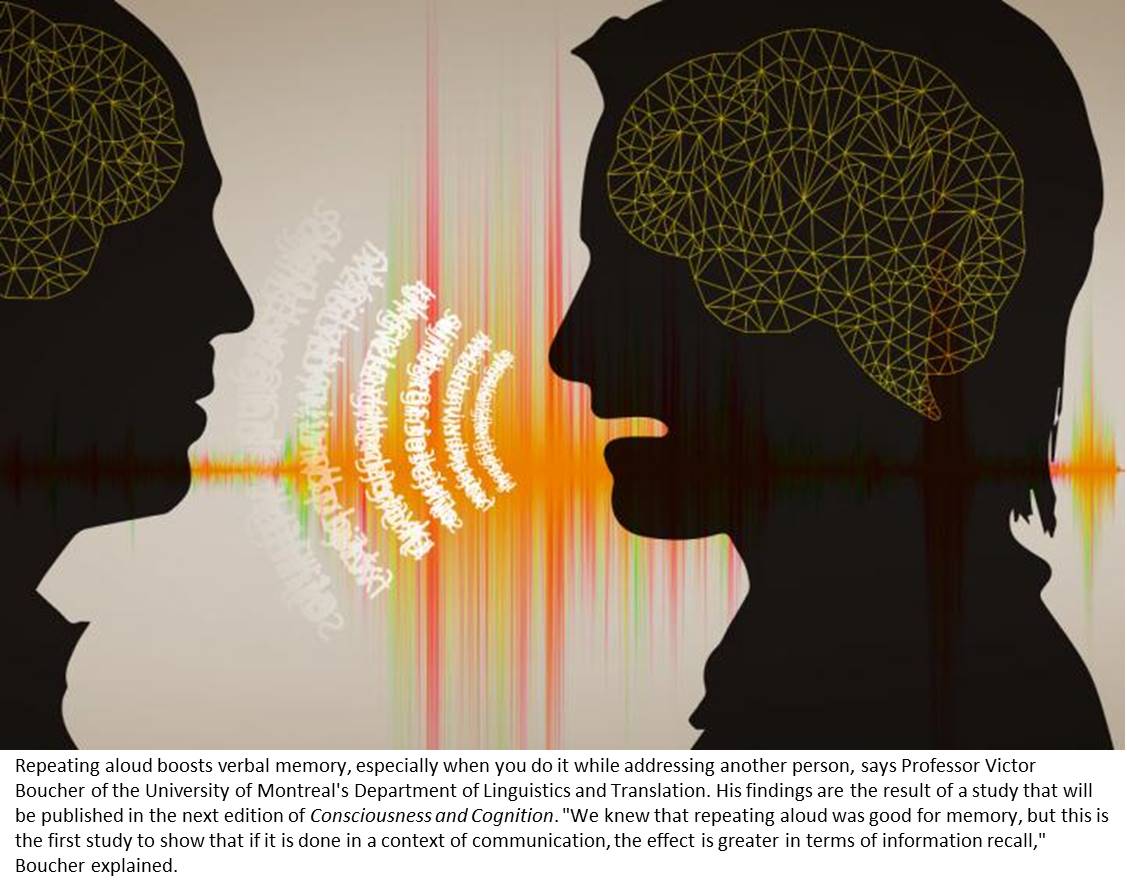 Researchers asked 44 French-speaking university students to read a series of lexemes on a screen. A lexeme is a word such as it is found in a dictionary. During the task, the participants wore headphones that emitted "white noise" to mask their own voices and eliminate auditory feedback.

The subjects were submitted to four experimental conditions: repeating in their head, repeating silently while moving their lips, repeating aloud while looking at the screen, and finally, repeating aloud while addressing someone. After a distraction task, they were asked to identify the lexemes they recalled having said from a list that included lexemes not used in the test.

The results show a clear difference when the exercise was performed aloud in the presence of someone else, even though the participants had heard absolutely nothing. Repeating in one's head without gesturing was the least effective way to recall information. "The simple fact of articulating without making a sound creates a sensorimotor link that increases our ability to remember, but if it is related to the functionality of speech, we remember even more," author said.

Researchers conducted another experiment. "This time, we used sequences of syllables that do not form lexemes in French, i.e., non-words," said the professor. As the researchers expected, their data showed no difference between the various experimental conditions. Subjects did not recall the sequences of "non-words" any better - whether they produced them aloud, silently, or when speaking to someone.

According to the professor, the fact that the information cannot be grafted to verbal elements in memory and involving a sensory reference explains the absence of effects between the conditions of production. "The results of our research confirm the importance of motor sensory experiences in memory retention and help to better define sensory episodes associated with verbal expression," Boucher concluded.