A mechanism that may drive obesity epidemic identified! 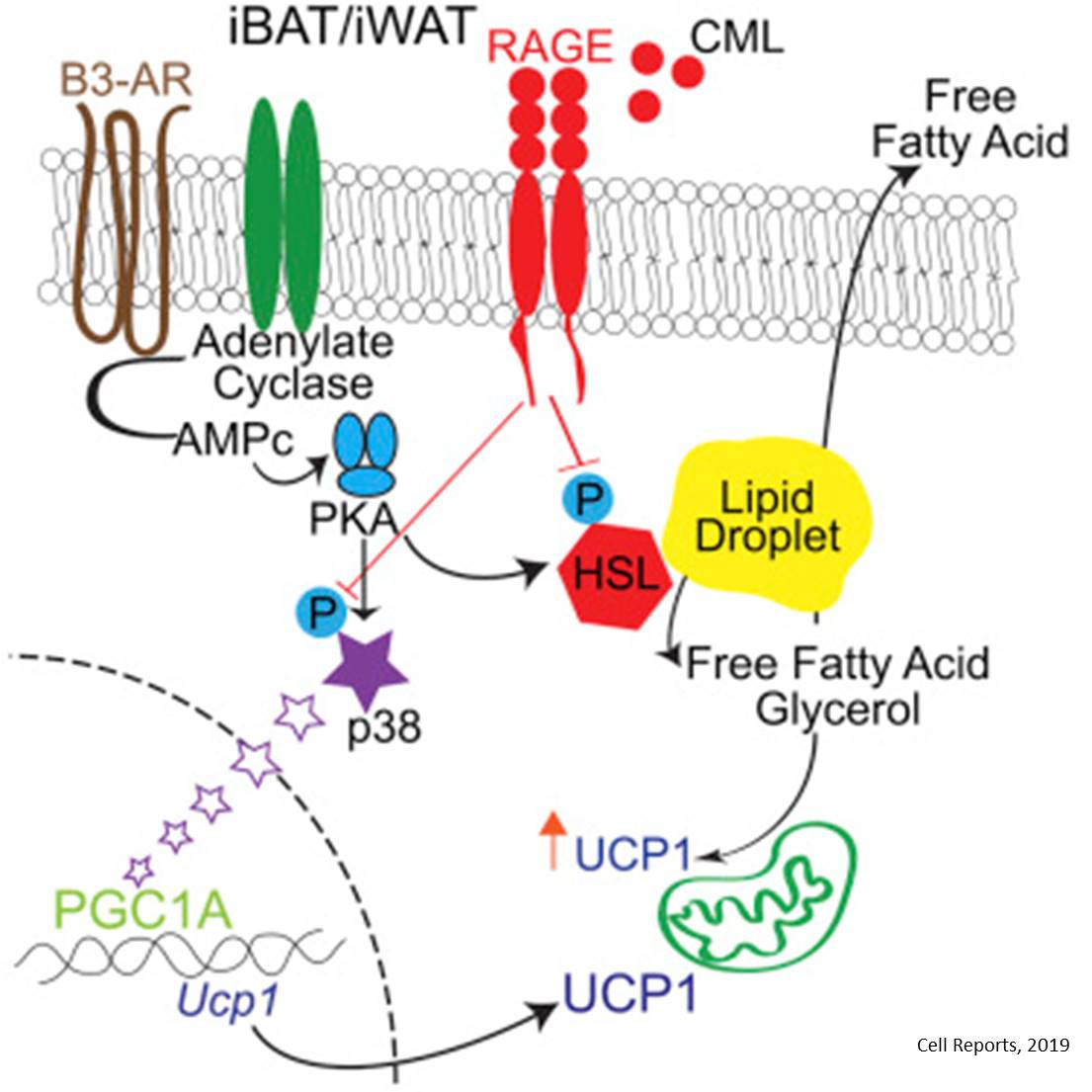 A molecular "trick" that kept our ancient ancestors from starving may now be contributing to the obesity epidemic, a new study finds.

In starvation times, researchers say, animals were more likely to survive if they could hoard and stretch out their stored energy. Even if an animal secured a rare feast, evolution smiled on the storage of excess fuel as fat, given the likelihood of a quick return to starvation.

"We discovered an anti-starvation mechanism that has become a curse in times of plenty because it sees cellular stress created by overeating as similar to stress created by starvation - and puts the brakes on our ability to burn fat," says lead study author.

Published in Cell Reports, the current study reveals that the natural function of a protein called RAGE on the surface of fat cells is to stop the breakdown of stored fat in the face of stress. Its existence may partly explain why 70 percent of American adults are overweight or obese, according to the American Heart Association (AHA). The AHA funding followed a 2016 study that found contestants from America's Greatest Loser gained back their lost pounds after the show ended. Why did their metabolisms slam to a halt in the face of weight loss, as if their bodies were bent on returning to obesity?

According to the authors, the most efficient way for evolution to create an anti-starvation mechanism was from ancient systems that helped animals use food for cellular energy and recover from injury. Also wired into these primal mechanisms was the hormone adrenalin, which signals for the conversion of fat into energy as animals run from predators, or into body heat when they get cold.

This convergence -- through the same signaling proteins -- means that RAGE may block "fat burning" called for when we starve, freeze, get injured, panic, or ironically, overeat.

According to the new study and experiments done elsewhere in human tissues, RAGE is turned on by the advanced glycation endproducts (AGEs), which form when blood sugar combines with proteins or fats - most often in aging, diabetic and obese patients. Other molecules also activate RAGE, such as those released when cells die and spill their contents into intracellular spaces in response to stress.

A disturbing possibility is that many proteins and fats have come to activate "the RAGE break" as they warp and stack up (as toxic oligomers) in people that eat more than their ancestors did.

The current study found that removing RAGE from fat cells caused mice to gain up to 75 percent less weight during three months of high-fat feeding, despite equal amounts of food consumption and physical activity, than mice with the RAGE brake on. Transplanting fatty tissue lacking RAGE into normal mice also decreased weight gain as they were fed a high-fat diet.

In both sets of experiments, the deletion of RAGE from fat cells released the braking mechanisms that restrained energy expenditure. Once freed up, energy expenditure rose, contributing to the reduced body weight gain in mice with the fatty diet.

The new study complements the team's discovery of experimental compounds that attach to the "tail" of RAGE. From there, they prevent RAGE from turning down the action of protein kinase A, a key player in the chain reaction that ends with a protein called UCP1 turning fat into body heat.

The research team plans - once they optimize the design of these "RAGE inhibitors" - to examine whether the agents can keep bariatric surgery patients, and patients undergoing medical weight loss regimens, from regaining lost weight.

Importantly, RAGE is much more active during metabolic stress (e.g. starving or overeating) than in everyday function, which suggests it can be safely interfered with through drugs, the authors say.

"Because RAGE evolved out of the immune system, blocking it may also reduce the inflammatory signals that contribute to insulin resistance driving diabetes," says the senior author. "Further, such treatments may lessen the system-wide inflammation linked to risk for atherosclerosis, cancer, and Alzheimer's disease."