A novel cell therapy for type I diabetes mellitus 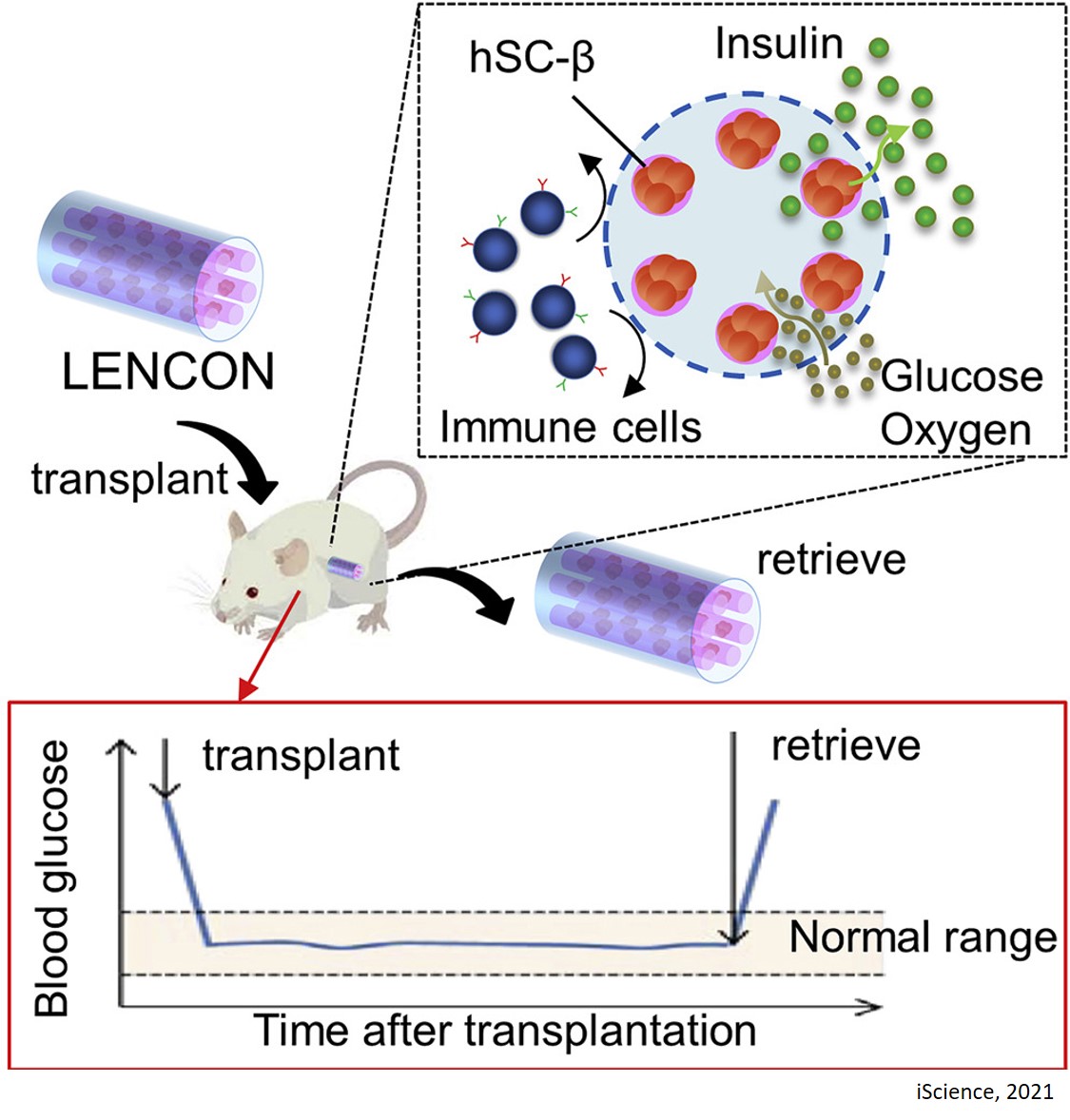 Type I Diabetes Mellitus (T1D) is an autoimmune disorder leading to permanent loss of insulin-producing beta-cells in the pancreas. In a new study, researchers from The researchers  developed a novel device for the long-term transplantation of iPSC-derived human pancreatic beta-cells.

T1D develops when autoimmune antibodies destroy pancreatic beta-cells that are responsible for the production of insulin. Insulin regulates blood glucose levels, and in the absence of it high levels of blood glucose slowly damage the kidneys, eyes and peripheral nerves. Because the body loses the ability to produce insulin over time, the current mainstay of treatment for T1D is to inject insulin. An exciting research endeavor over the past decade has been to find ways to replace lost beta-cells by means of cell therapy.

"Cell therapy is an exciting, but challenging, approach to treat type I diabetes mellitus," says lead author of the study. "The challenge arises from the difficulty to make large amounts of human beta-cells in a dish, and more importantly, to achieve safe and effective transplantation. In this study, we wanted to develop a novel construct that enables successful transplantation of beta-cells in the long-term."

To achieve their goal, the researchers developed a lotus-root-shaped cell-encapsulated construct (LENCON) and packaged it with human iPSC-derived pancreatic beta-cells, which are a limitless cell source and allow for the production of any number of beta-cells. The necessity for such an encapsulation technique arises from the fact that immune cells of the recipient could destroy the newly transplanted cells.

To prevent this from happening, the researchers constructed the LENCON graft with millimeter thickness. The millimeter-thick graft diameters have previously been shown to mitigate the body's immune response to a foreign body. At millimeter thickness, oxygen and nutrients could not be supplied to the center of the cells, but by using a lotus root shape, the cells were placed only near the edge of the graft where oxygen and nutrients can diffuse sufficiently, creating an environment in which the cells could survive, even in the millimeter-thick graft.

Having designed the LENCON, the question was if it would effectively control blood glucose levels in the long-term without provoking an immune response. To address this question, the researchers transplanted the construct in immunodeficient and immunocompetent diabetic mice. The former helped investigate the efficacy of the graft on controlling blood glucose levels in the absence of an immune response, while the latter approach tackled both goals. The researchers found that LENCON was able to maintain normal blood glucose levels for more than 180 days in the former mice, and was able to be removed without adhesion after more than one year of transplantation in the latter mice.