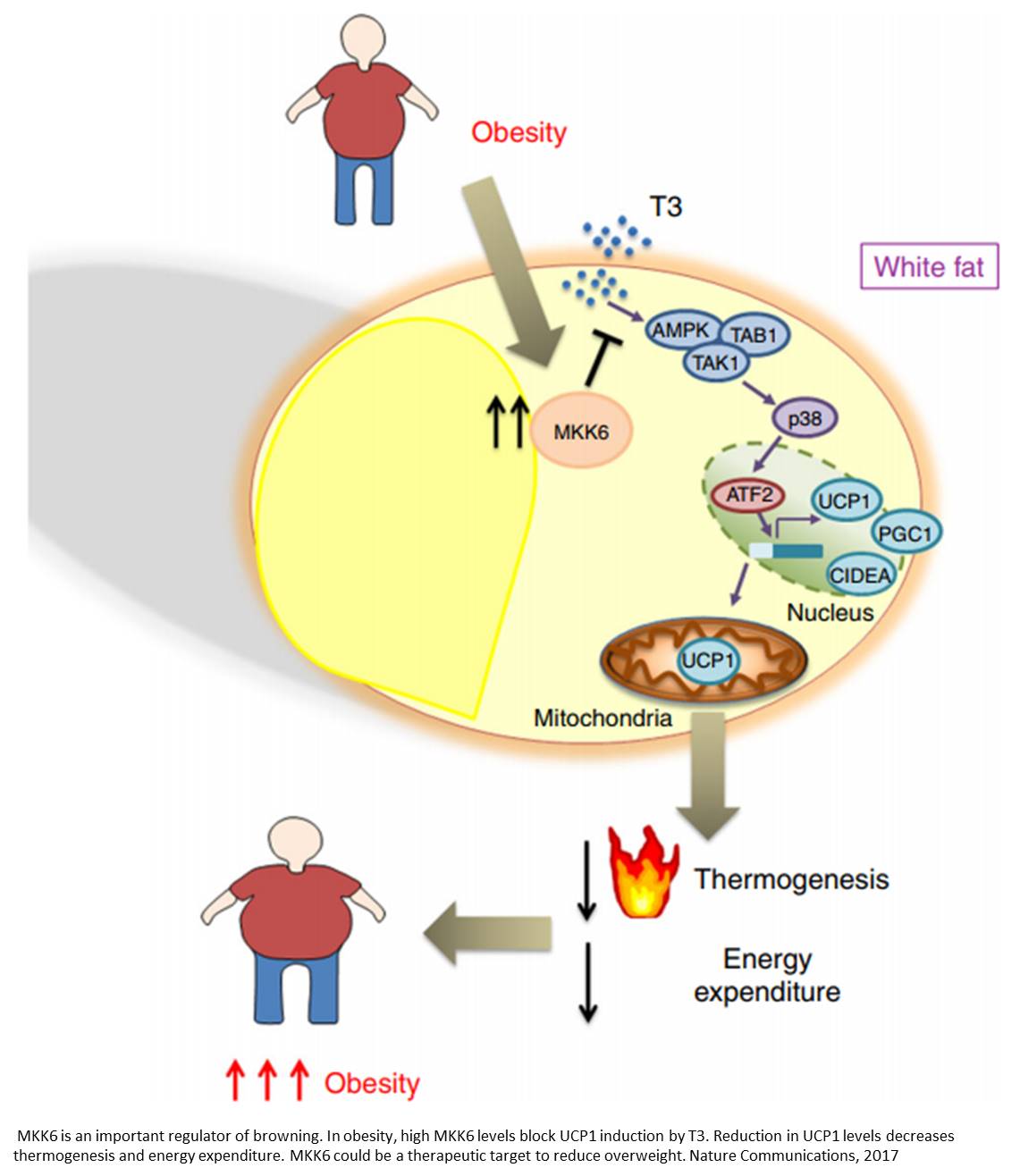 Obesity is a global epidemic, with overweight or obesity affecting an estimated 2200 million people worldwide.

Scientists have identified a protein that holds promise as a target for therapies to reduce obesity. They have demonstrated that MKK6 controls the conversion of fat stores, known as white fat, into brown fat, in which lipids are burned to maintain body temperature and reduce obesity. The study is published in Nature Communications.

The research team analyzed fat tissue samples from obese patients and found that these samples contained above-normal levels of the protein MKK6. Detailed analysis of MKK6 function showed that this protein impedes the conversion of fat stores, known as white fat, into brown fat, in which lipids are burned to maintain body temperature.

The researchers found that the inability to convert white fat to brown in obese patients is caused by increased amounts of the protein kinase MKK6. Through the use of animal models, the research team was able to demonstrate that MKK6 prevents the conversion white fat into brown. Mice lacking MKK6 have more brown fat; consequently, these mice are protected against obesity and eliminate excess energy as heat. Deletion of Mkk6 increases T3-stimulated UCP1 expression in adipocytes, thereby increasing their thermogenic capacity.

Mechanistically, authors demonstrate that, in white adipose tissue, p38 is activated by an alternative pathway involving AMPK, TAK, and TAB.

The researchers also demonstrated that eliminating MKK6 after mice had become obese stopped the further development of obesity and led to a drop in body weight. These findings all point to the potential of MKK6 as a therapeutic target in the fight against obesity.