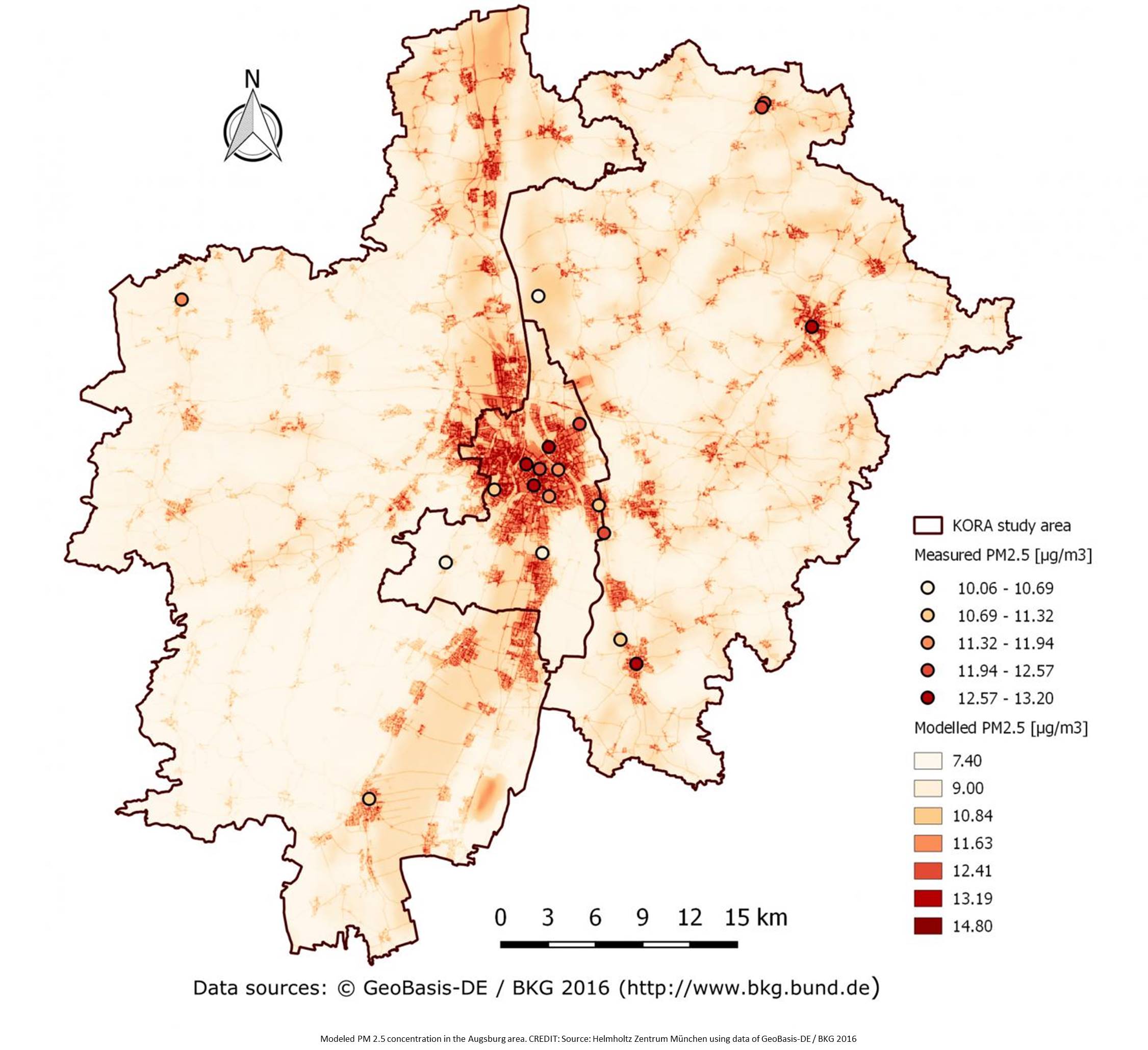 Exposure to air pollution at the place of residence increases the risk of developing insulin resistance as a pre-diabetic state of type 2 diabetes as reported in the journal Diabetes.

Researchers analyzed the data of nearly 3,000 participants of the KORA study who live in the city of Augsburg and two adjacent rural counties. All individuals were interviewed and physically examined. Furthermore, the researchers took fasting blood samples, in which they determined various markers for insulin resistance and inflammation.

In addition, leptin was examined as adipokine which has been suggested to be associated with insulin resistance. Non-diabetic individuals underwent an oral glucose tolerance test to detect whether their glucose metabolism was impaired.

The researchers compared these data with the concentrations of air pollutants at the place of residence of the participants, which they estimated using predictive models based on repeated measurements at 20 sites (for particle measurements) and at 40 sites (for nitrogen dioxide measurements) in the city and in the rural counties.

"The results revealed that people who already have an impaired glucose metabolism, so-called pre-diabetic individuals, are particularly vulnerable to the effects of air pollution," said lead author of the study. "In these individuals, the association between increases in their blood marker levels and increases in air pollutant concentrations is particularly significant! Thus, over the long term - especially for people with impaired glucose metabolism - air pollution is a risk factor for type 2 diabetes."

The authors are also concerned that the concentrations of air pollutants, though below EU threshold values, are still above the proposed guidelines of the World Health Organization (WHO). As a consequence, they demand changes in government policy: "Lowering the threshold for acceptable air pollution levels would be a prudent step," said another author.

An individual reduction by moving away from highly polluted areas is rarely an option." Moreover, the association between increased exposure to air pollution and respiratory and cardiovascular diseases has now been clearly established.

Next, the scientists want to investigate the influence of ultrafine particles. "Diabetes will be a main focus of our research, also in this context. A precise knowledge of the risk factors is crucial for counteracting the increasing incidence of diabetes," said the author.