Alzheimer's disease found to be a diabetic disorder of the brain 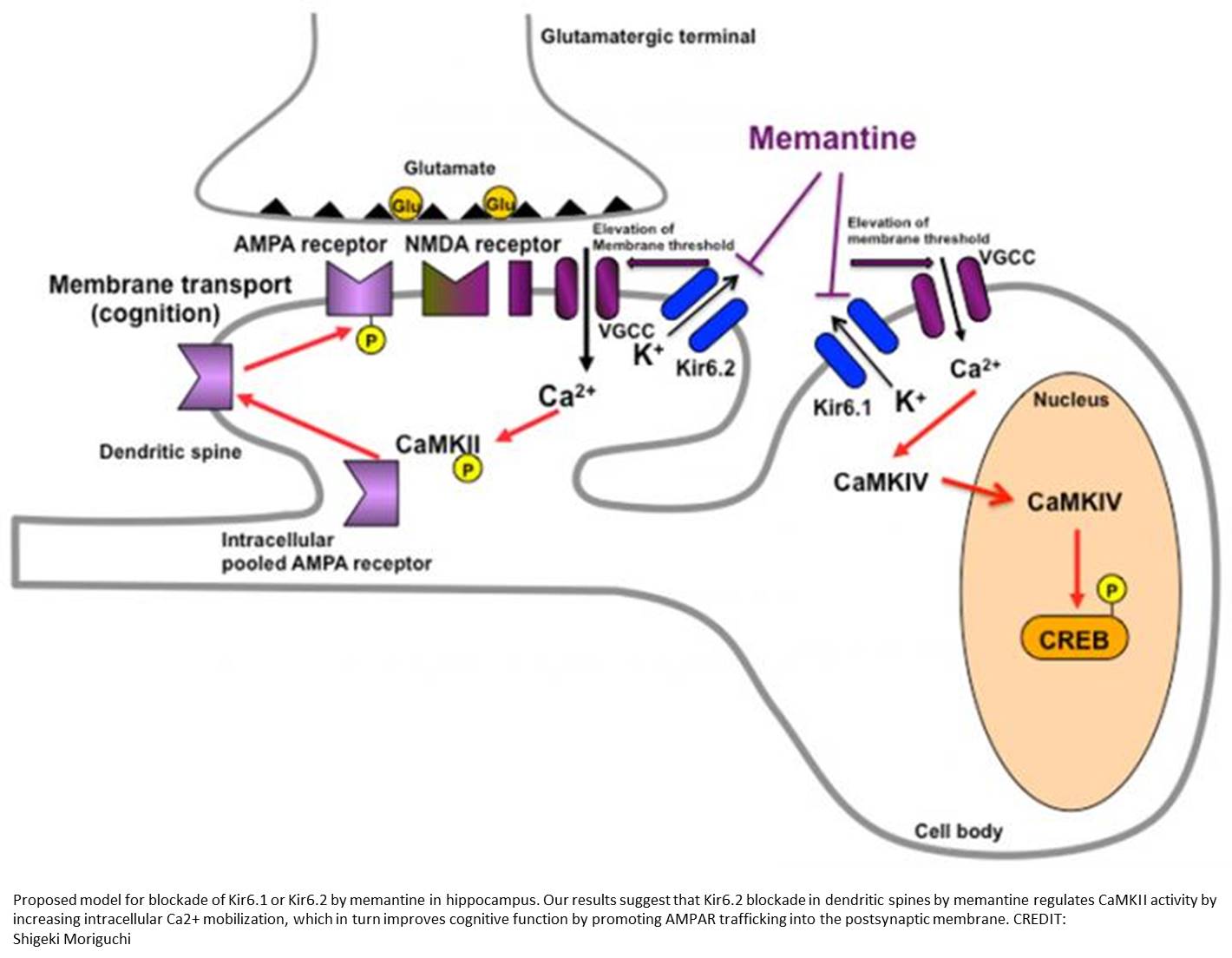 Researchers have found a promising treatment for Alzheimer's disease, by noticing a similarity in the way insulin signaling works in the brain and in the pancreas of diabetic patients.

In their experiment with mice, the researchers found that memantine treatment improved impaired hippocampal long-term potentiation (LTP) and memory-related behaviors in the mice through the inhibition of KATP channel Kir6.2.

"Since KATP channels Kir6.1 or Kir6.2 are critical components of sulfonylurea receptors (SURs) which is downstream insulin receptor signaling, the KATP channel inhibition by Memantine mediates the anti-diabetic drug action in peripheral tissues," says the author. "And this leads to improved cognitive functions and improved memory retention among Alzheimer's patients."

The researchers now hope that results of their study and the parallels drawn with diabetes, will lead to new treatments for Alzheimer's disease, using the inhibition of Kir6.2 channel.