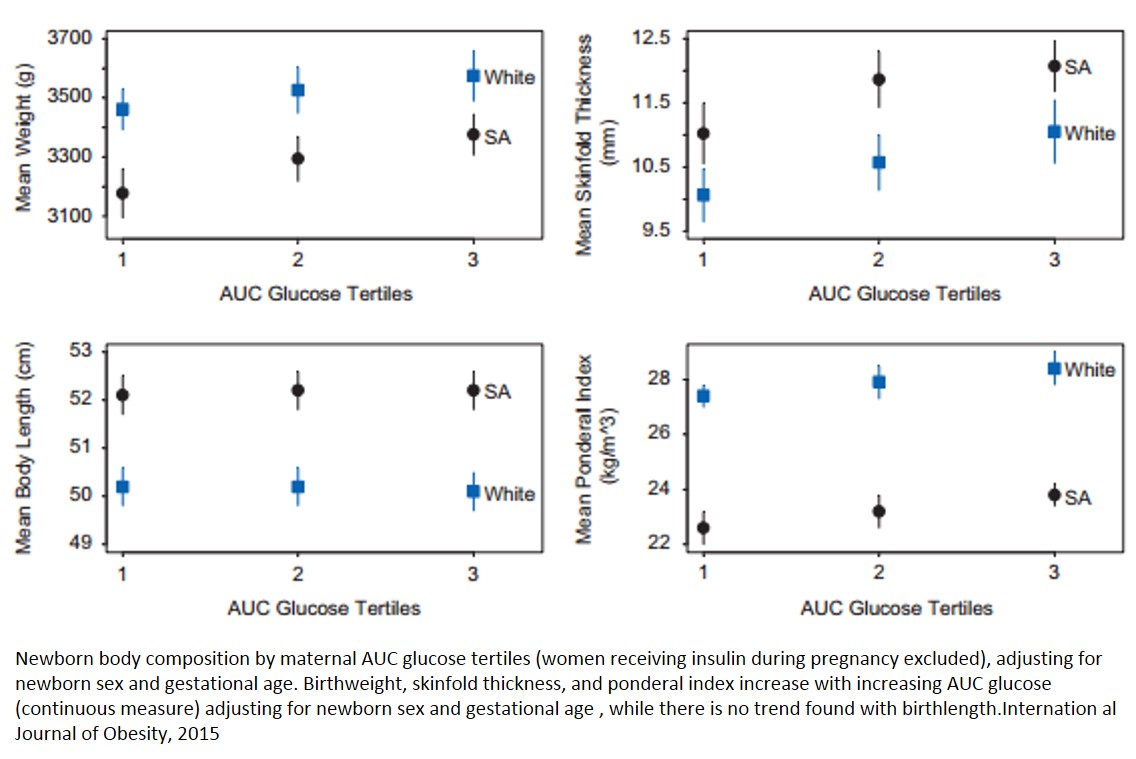 New research suggests that the risks of developing type 2 diabetes for South Asians - a group long known to suffer from substantially higher rates of both diabetes and heart disease--begins immediately at birth.

The research published in the International Journal of Obesity, is significant because it suggests South Asian women who minimize their risk of gestational diabetes and avoid excessive weight gain in pregnancy may help to prevent diabetes in their own children.

While the South Asian mothers--who were smaller in stature than their white counterparts--gave birth to significantly smaller babies, those newborns had more adipose or fat tissue, termed the "thin-fat" phenotype and a higher waist circumference.