Are bacteria involved in the development of type 2 diabetes? 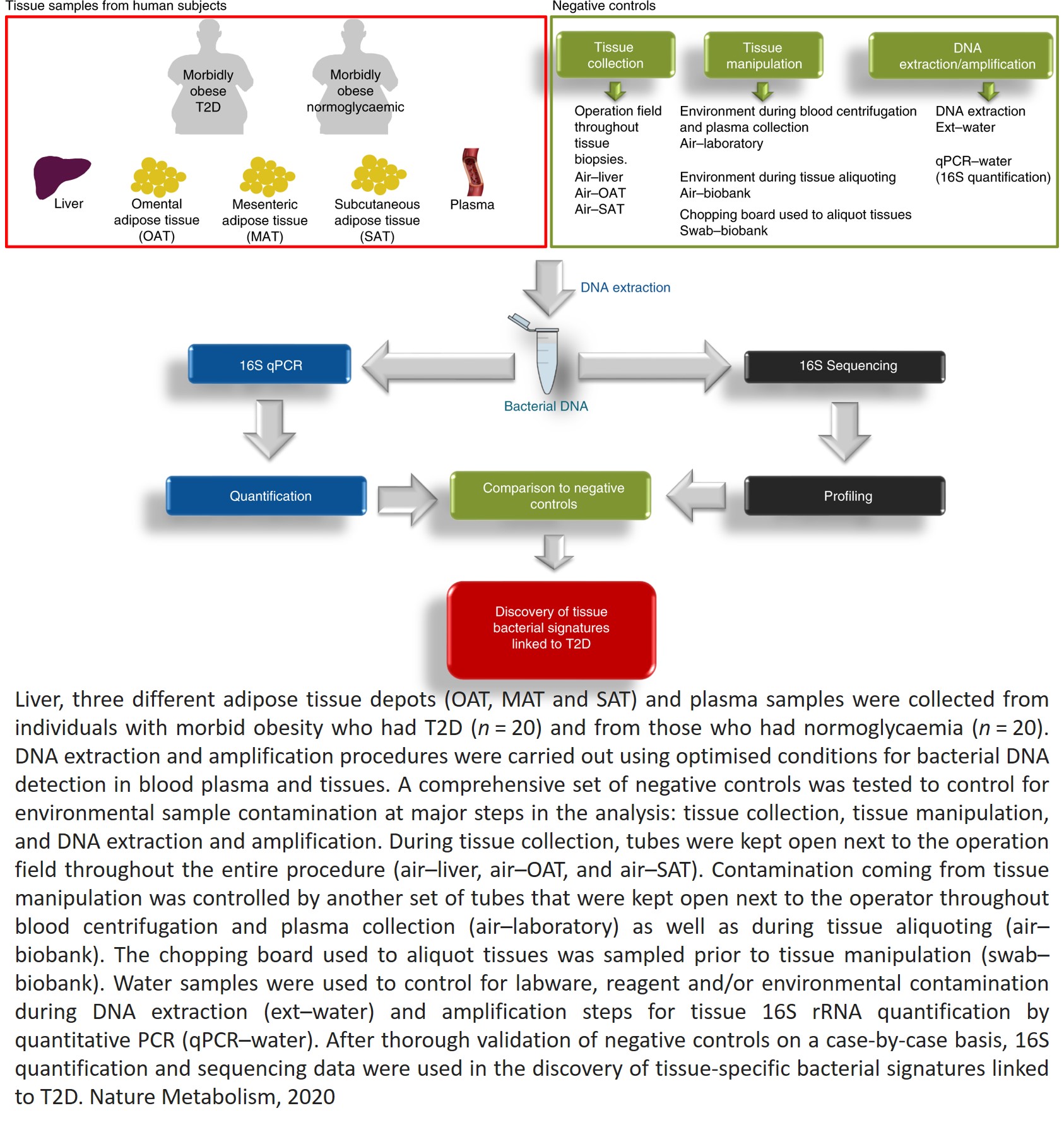 Bacteria may be involved in the development of type 2 diabetes, according to a study published in Nature Metabolism.

The authors found that the blood, liver, and certain abdominal fat deposits in diabetics have a different bacterial signature than in non-diabetics.

The researchers demonstrated this using blood and tissue samples from 40 patients suffering from severe obesity taken during bariatric surgery. Half of the participants suffered from type 2 diabetes, while the other subjects showed insulin resistance without being diabetic.

The researchers identified the bacterial genetic material in each of the tissues sampled, which came from the liver and three abdominal fat deposits. Based on the type of bacteria present and their relative abundance, the researchers were able to determine the bacterial signature for each tissue.

Their analysis revealed that the bacterial signature in diabetics was not the same as in non-diabetics. It also showed that the total number of bacteria varied from one tissue to another, and was highest in the liver and the greater omentum (a fatty tissue connecting the stomach and the transverse colon), two areas that play an important role in metabolic regulation.

"Our findings suggest that in people suffering from severe obesity, bacteria or fragments of bacteria are associated with the development of type 2 diabetes," said the lead author.

According to the study, the bacterial genetic material detected in the tissues most likely comes from the intestine. T2D signatures were most evident in mesenteric adipose tissue, in which individuals with diabetes displayed reduced bacterial diversity concomitant with fewer Gram-positive bacteria, such as Faecalibacterium, as opposed to enhanced levels of typically opportunistic Gram-negative Enterobacteriaceae.

Plasma samples of individuals with diabetes were similarly enriched in Enterobacteriaceae, including the pathobiont Escherichia–Shigella.

"We know that the intestinal barrier is more permeable in obese patients," said the senior author. "Our hypothesis is that living bacteria and bacterial fragments cross this barrier and set off an inflammatory process that ultimately prevents insulin from doing its job, which is to regulate blood glucose levels by acting on metabolic tissues."

Another author, added: "Location, location location...Beyond knowing the names of bacteria, their location is key to understanding how gut microbes influence host metabolism."

"Our next objective is to determine if the bacteria found in the liver and fat deposits of people suffering from severe obesity are also present in those who are overweight or moderately obese," said the senior author.

"We also want to see if certain pathogenic bacteria found in the tissues can trigger type 2 diabetes in an animal model. And lastly, we want to find out if certain beneficial bacteria found in these tissues can be used to prevent the development of the disease. If so, they might lead us to a new family of probiotic bacteria or a source of bacteria-based treatments to help fight diabetes," the author said. Trying to fight the tooth decay with slow release material Platelets, not white blood cells are the first responders in an immune attack Surprising role for DNA in shaping the cells

Can UV light fight the flu?