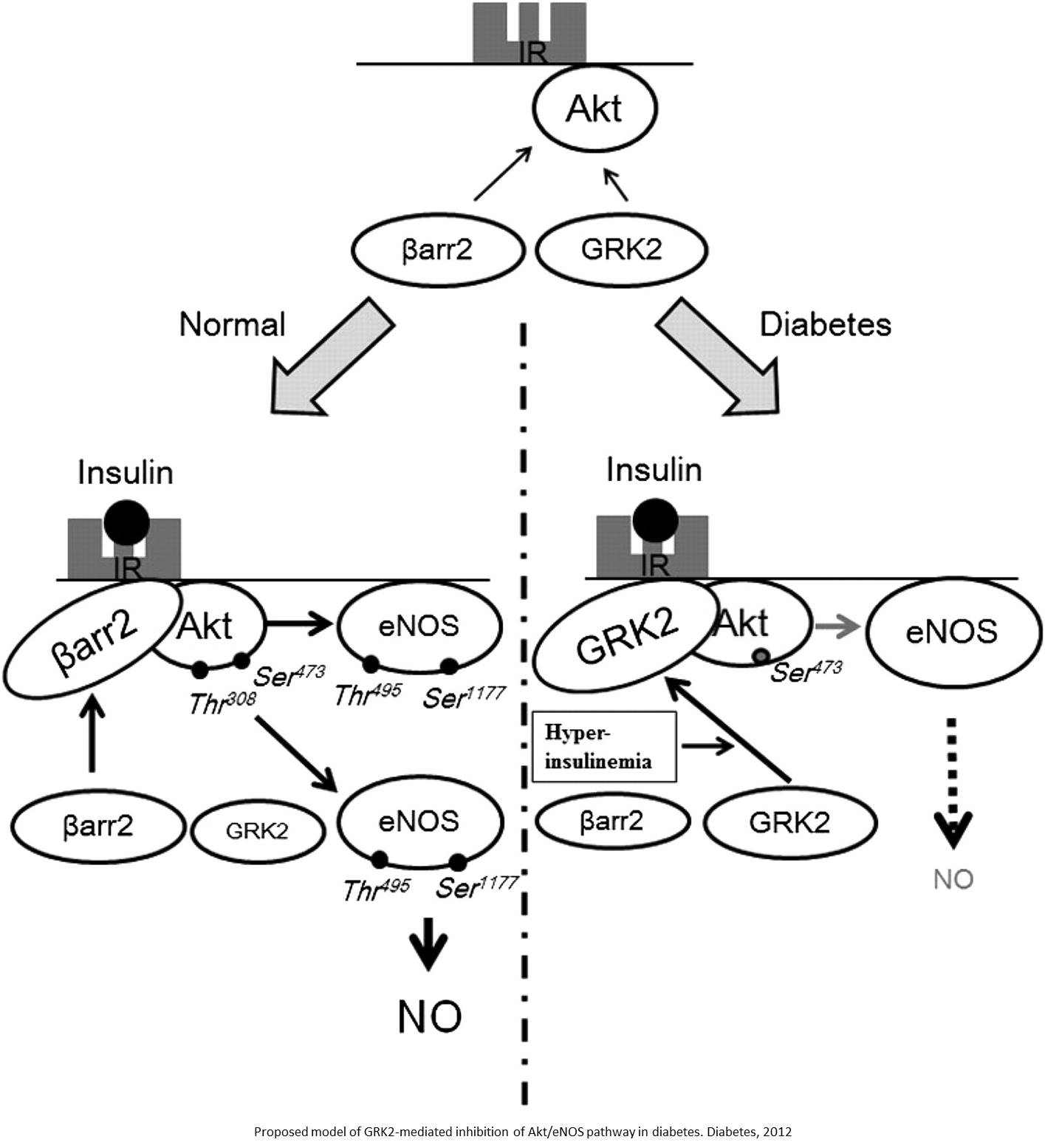 β-arrestins regulate a wide array of important physiological functions. It is well known that the β-arrestins bind to ligand-activated G-protein-coupled receptors (GPCRs) and that this process interferes with receptor/G protein coupling and promotes GPCR internalization via clathrin-coated pits.

However, during the past decade, it has become increasingly clear that β-arrestins also represent signal transducers in their own right, primarily by acting as adaptor proteins for various signalling proteins and their effector pathways. It is likely that these non-canonical β-arrestin functions can be exploited for the development of novel classes of clinically useful drugs, including β-arrestin-biased agonists.

β-arrestins play important roles in several key metabolic functions including the maintenance of euglycemia and peripheral insulin sensitivity. In the present study, researchers analysed a mouse strain in which they conditionally inactivated the barr2 gene (coding for β-arrestins) in β-cells of adult mice (β-barr2-KO mice).

At present, very little is known about the potential role of barr2 in regulating β-cell function. Two recent studies reported contradictory results regarding the role of barr2 in modulating insulin secretion, probably due to problems associated with the use of whole-body barr2 KO mice. Authors hypothesized that detailed metabolic studies with β-barr2-KO mice should lead to unambiguous and novel insights into the role of β-cell barr2 in regulating β-cell function and whole-body glucose homoeostasis.

Authors provide strong evidence that barr2 is required for the proper activation of CAMKII and that disruption of this pathway can fully account for the metabolic deficits observed with the β-barr2-KO mice. Moreover, knockdown of barr2 expression virtually abolishes GSIS in human β-cells. Overexpression of barr2 in β-cells greatly ameliorates the metabolic deficits displayed by mice consuming a high-fat diet.

These findings may lead to the development of novel drugs aimed at modulating barr2 function in β-cells for therapeutic purposes.

Role of mitochondria in lupus Haemoglobin causes neuronal damage in vivo which is preventable by haptoglobin