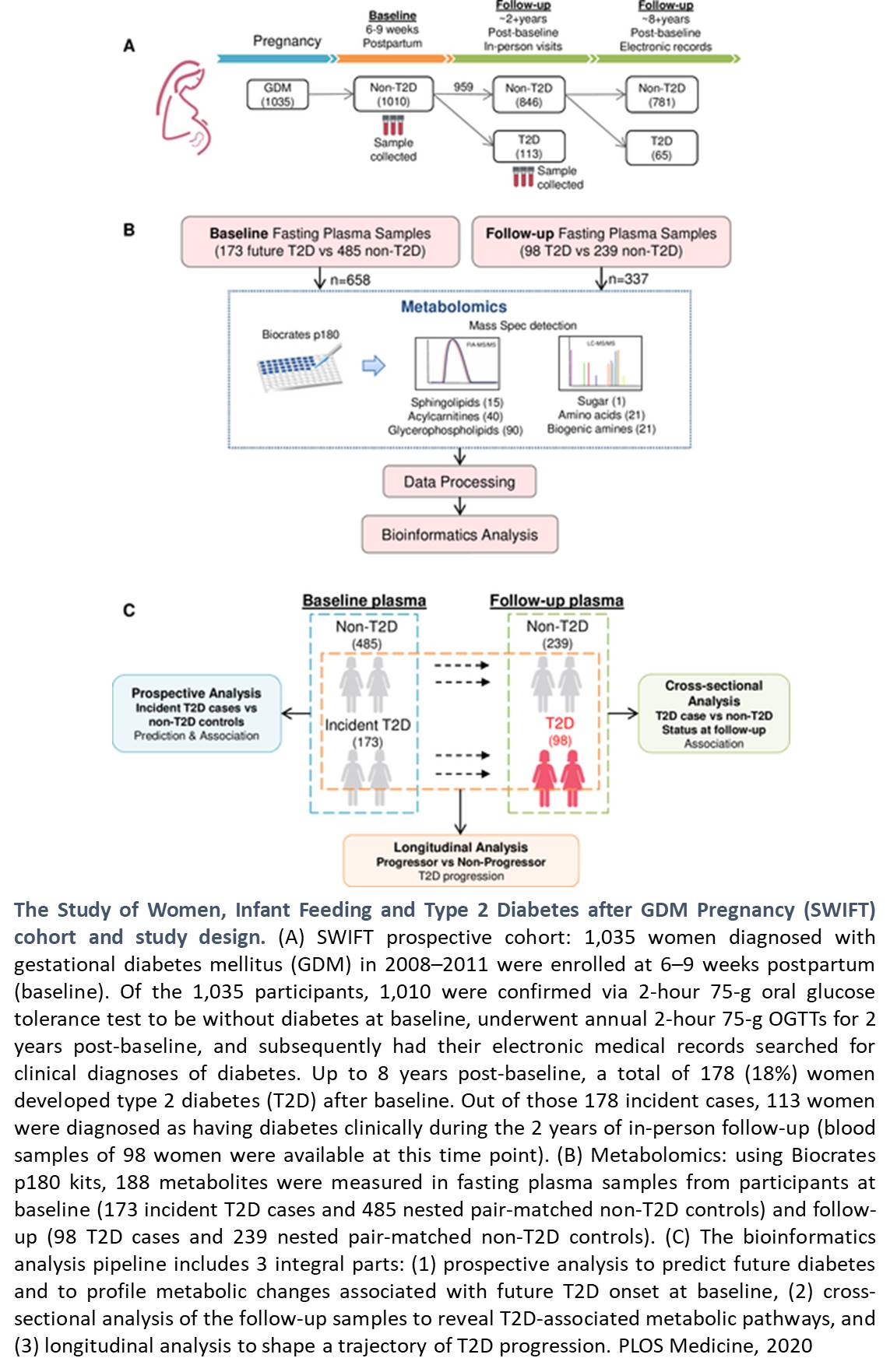 Scientists have identified metabolites in the blood that accurately predict whether a woman will develop type 2 diabetes after experiencing a transient form of illness during pregnancy. This discovery could lead to a test that would help doctors identify patients at greatest risk and help them potentially avert the disease through interventions including diet and exercise.

"There is a metabolic dysregulation that occurs in the group of women that will go on to develop type 2 diabetes that is present in the early postpartum period, suggesting that there is an underlying problem that exists already and we can detect it," says the author.

The identified metabolic signature can predict with over 85 per cent accuracy if a woman will develop type 2 diabetes (T2D), as described in a study published in the journal Plos Medicine.

About one in 10 women will develop gestational diabetes (GD) during pregnancy which puts them at higher risk of T2D, with 30 to 50 per cent of these women developing the disease within 10 years after delivery. The disease hampers the body's ability to regulate blood sugar levels and can lead to serious complications including vision loss, neurological problems, as well as heart and kidney disease.

Women with GD are recommended to have an annual oral glucose tolerance test after delivery, which measures the body's ability to remove sugar from the bloodstream. But the procedure is time and labor consuming and fewer than half of the women follow through with it.

"If you've got a newborn at home one of the last things you are thinking about or have time for is your own health," says the author. "This is one of the main reasons why we performed this study, to potentially develop a simple blood test reducing the number of hospital visits."

The authors first uncovered metabolic signatures predictive of T2D in their 2016 pilot study of 1033 women with GD Gunderson recruited for the Study of Women, Infant Feeding and Type 2 Diabetes After GDM Pregnancy (SWIFT), one of the largest and most diverse studies of its kind. All of the women delivered their babies at Kaiser Permanente Northern California hospitals between 2008 and 2011.

The new study builds on prior research, following the same cohort of women over a longer time period during which more women developed T2D.

Baseline blood samples were collected between six and nine weeks after birth and then twice over two years. The women's health was followed through their electronic medical records for up to 8 years. During this time, 173 women developed T2D and their blood samples were compared to 485 women enrolled in the study, matched for weight, age, race and ethnicity, who had not developed the disease.

"This study is unique as we are not simply comparing healthy people to people with advanced disease," says another author. "Instead, we are comparing women who are clinically the same--they all had GD but are back to being non-diabetic post-partum.

"This is the holy grail of personalized medicine to find molecular differences in seemingly healthy people and predict which ones will develop a disease," says the author.

The author said that, unsurprisingly, sugar molecules feature prominently among the identified compounds. But amino-acids and lipid molecules are also present, indicating underlying issues in protein and fat metabolism, respectively. In fact, the predictive power of the test dropped if amino-acids and lipids were excluded, suggesting that processes beyond sugar metabolism may occur very early in the development of the disease. The finding may help explain why complications occur in T2D patients even when blood sugar is tightly controlled with medications.

The researchers hope to turn their discovery into a simple blood test that women could take soon after delivery, perhaps during an early visit to the doctor with their baby.

The women from the SWIFT study are being invited back for a 10-year follow-up visit, where they will be tested for T2D. "The information we glean from this study will bring us even closer to our goal of developing this blood test," says the author.

"It will also help us to identify metabolic differences among race and ethnic groups that this test will need to take into account. The test is intended to help obstetricians and primary care providers identify the women with recent gestational diabetes who are most at risk for developing type 2 diabetes and to support them with breastfeeding and other healthful lifestyle habits during the first year postpartum that may reduce their risk."