Brain is vital in glucose metabolism! 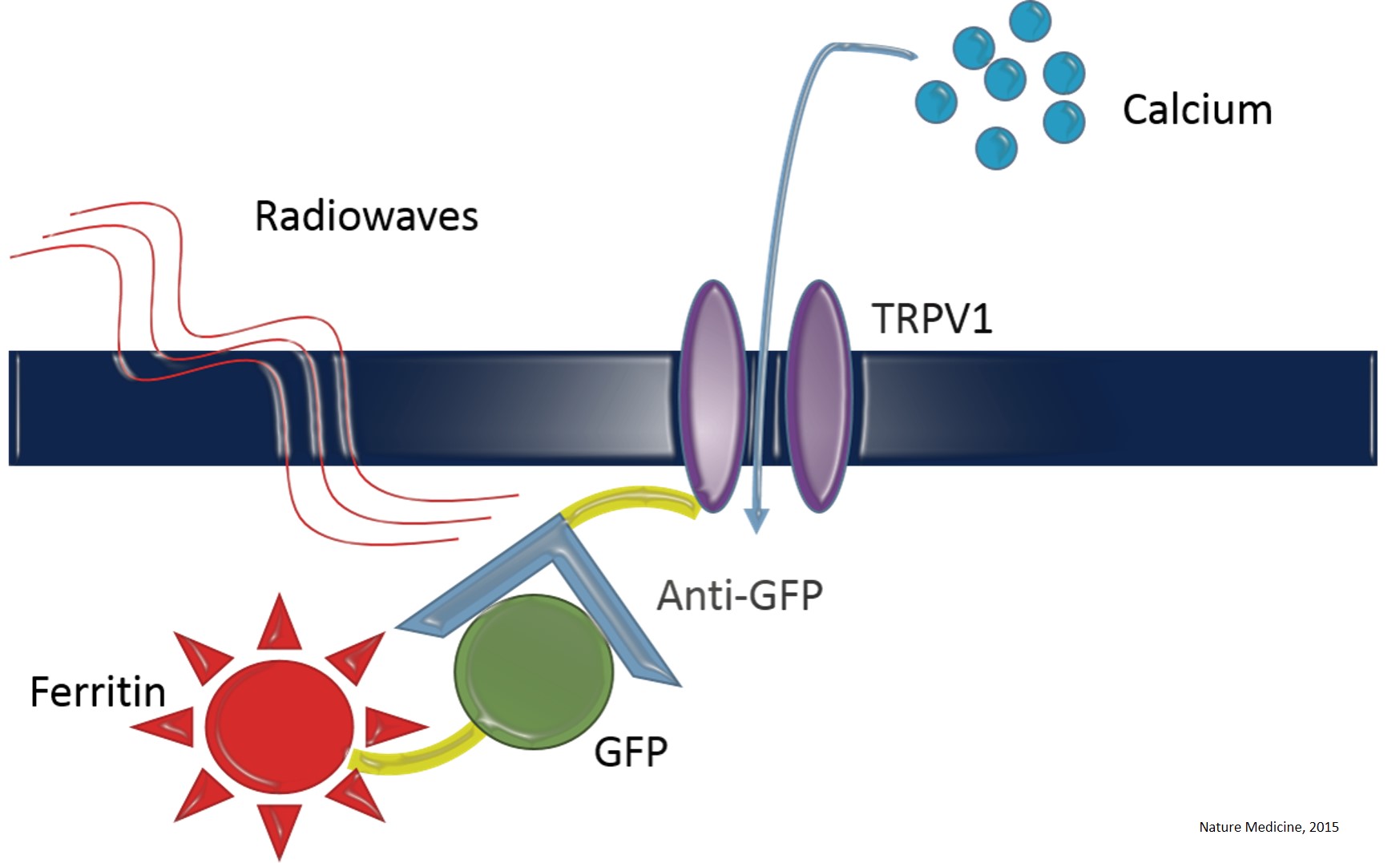 This study is the first to turn neurons on and off remotely with radio waves and magnetic fields. The system couples a natural iron storage particle, ferritin, and a fluorescent tag to an ion channel called TRPV1, also known as the capsaicin chili pepper receptor. Ferritin can be affected by forces such as radio waves or magnetic fields, and its presence tethered to TRPV1 can change the conformation of the ion channel.

TRPV1 normally allows positive ions -- such as calcium or sodium--to flow in, which activates neurons and transmits neuronal signals. The researchers were also able to achieve the opposite effect, neuronal inhibition, by mutating the TRPV1 channel to only allow negative chloride ions to flow through.

Using this novel method, the researchers investigated the role these glucose sensing neurons play in blood glucose metabolism. Hormones released by the pancreas, including insulin, maintain stable levels of glucose in the blood. A region of the brain called the ventromedial hypothalamus was thought to play a role in regulating blood glucose, but it was not possible with previous methods to decipher which cells were actually involved.

Researchers found that when they switched these neurons on with magnetic forces, blood glucose increased, insulin levels decreased, and behaviorally, the mice ate more. When they inhibited the neurons, on the other hand, the opposite occurred, and blood glucose decreased.

"We tend to think about blood glucose being under the control of the pancreas, so it was surprising that the brain can affect blood glucose in either direction to the extent that it can," says the senior author of the study published in the journal Nature. "It's been clear for a while that blood glucose can increase if the brain senses that it's low, but the robustness of the decrease we saw when these neurons were inhibited was unexpected."

The researchers' system has several advantages that make it ideal for studies on other circuits in the brain, or elsewhere. It can be applied to any circuit, including dispersed cells like those involved in the immune system. It has a faster time scale than similar chemogenetic tools, and it doesn't require an implant as is the case with so-called optogenetic techniques.