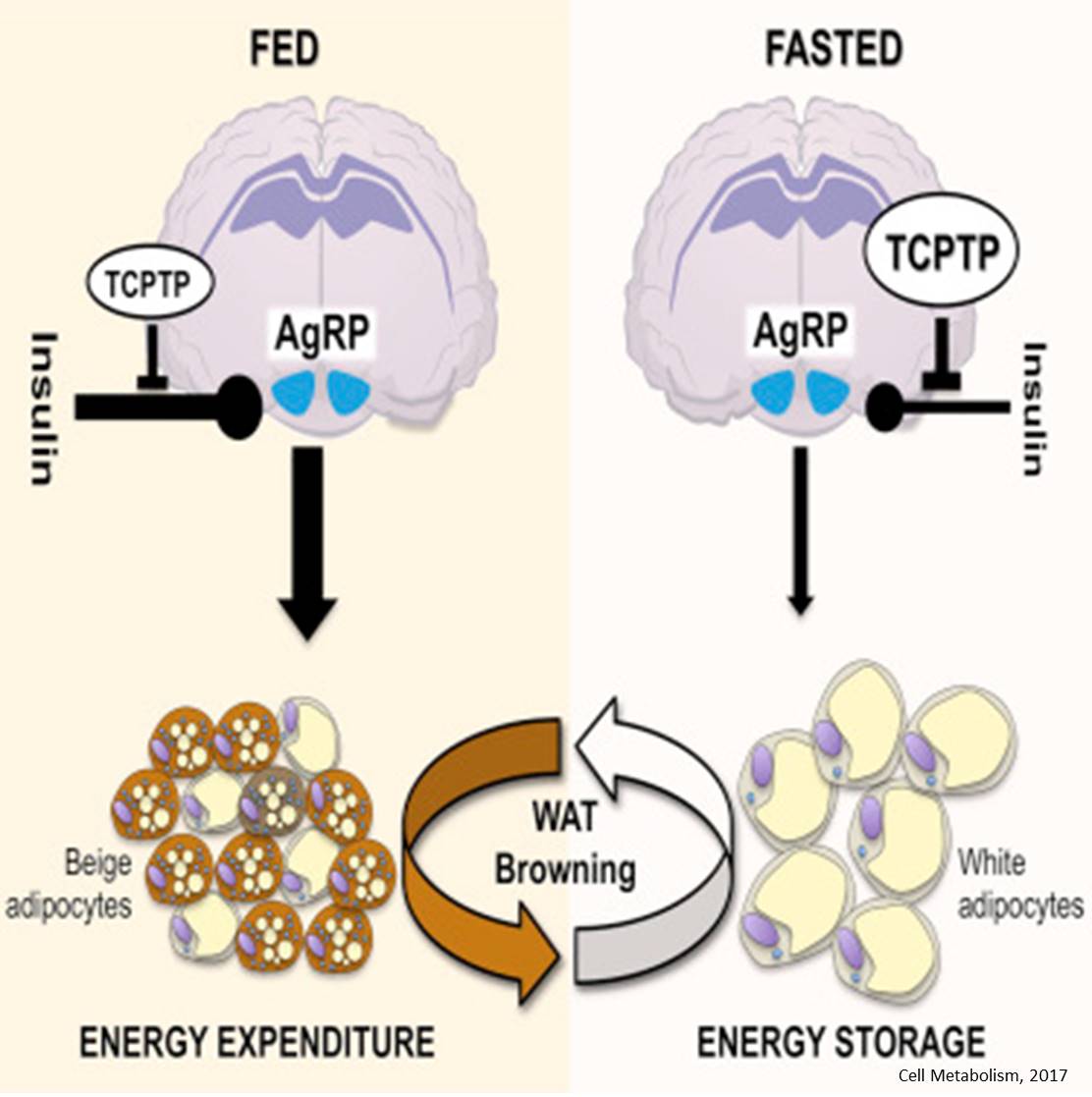 Scientists have found a mechanism by which the brain coordinates feeding with energy expenditure, solving a puzzle that has previously eluded researchers and offering a potential novel target for the treatment of obesity.

Researchers have shown in laboratory models that feeding controls the 'browning' of fat, that is, the conversion of white fat, which stores energy, into brown fat, which expends it. Fat in the human body is stored in specialized cells called adipocytes, which can change from white to brown states and back again.

Their study, published in Cell Metabolism, shows that after a meal the brain responds to circulating insulin, which is increased after a rise in blood glucose. The brain then sends signals to promote the browning of fat to expend energy. By contrast, after a fast, the brain instructs these browned adipocytes to once more convert into white adipocytes, storing energy. These processes help prevent both excess weight gain and excess weight loss in response to feeding and fasting, meaning body weight remains relatively stable over time.

The researchers showed that the brain's ability to sense insulin and coordinate feeding with energy expenditure via browning is controlled by a switch-like mechanism turned on after fasting to inhibit the response to insulin, repressing browning and conserving energy, and turned off after feeding to facilitate the insulin response to promote browning and to expend energy.

The feeding-induced repression of hypothalamic TCPTP was defective in obesity. Mice lacking TCPTP in AgRP/NPY neurons were resistant to diet-induced obesity and had increased beige fat activity and energy expenditure. The deletion of hypothalamic TCPTP in obesity restored feeding-induced browning and increased energy expenditure to promote weight loss.

Previous investigations by the researchers that showed how the brain coordinates white adipose tissue browning attracted considerable attention after it was published in early 2015.

"For a long time, the missing piece to the puzzle was always why this occurs in the body," first author said.

The researchers are further exploring the possibility of inhibiting the switch for therapeutic purposes to promote the shedding of excess fat.