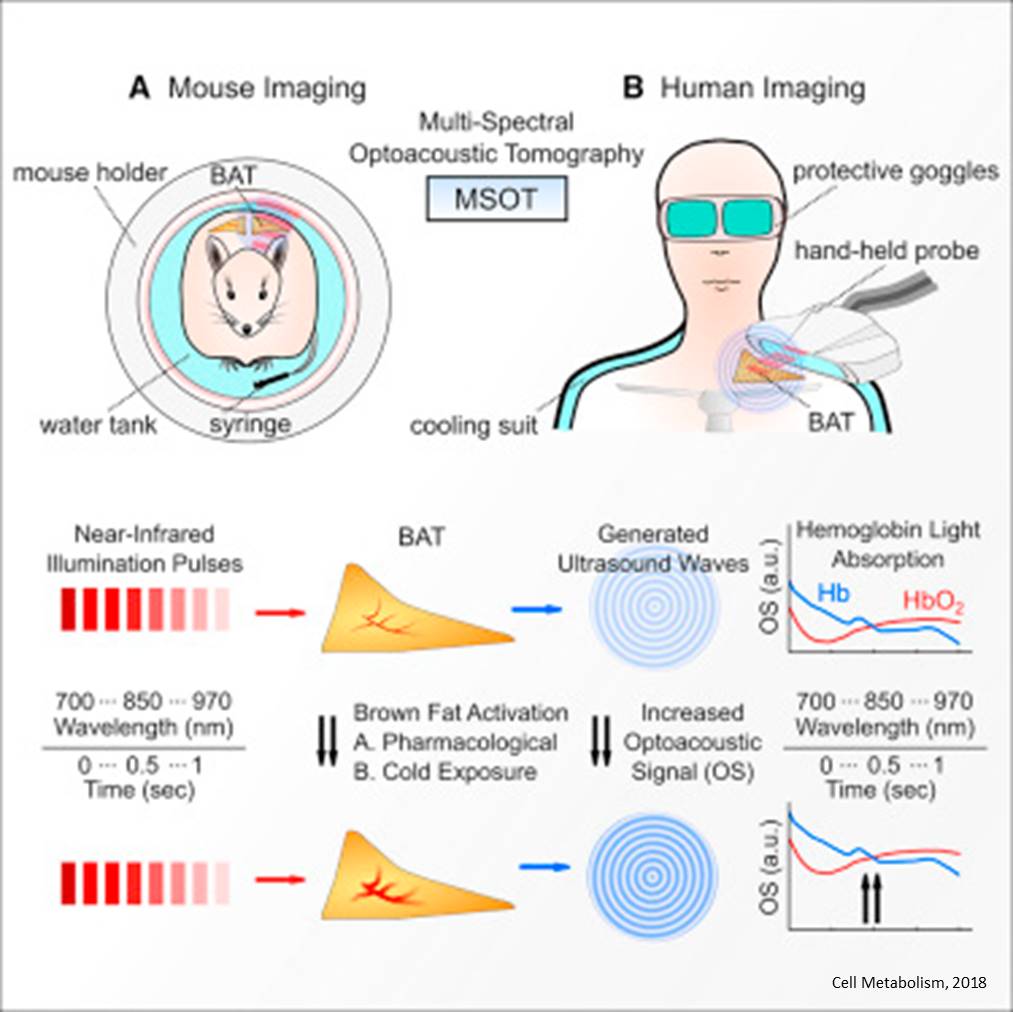 Brown adipose tissue has played a key role in prevention research since its presence was first documented in adults. However, there was no non-invasive method of measuring its heat generation. A research team has now succeeded in making the activity of brown adipose tissue visible without injecting substances.

In the cold, brown adipose tissue acts like a heat generator, and its activity has a positive effect on the energy balance. The heat output of brown adipose tissue in humans decreases with increasing age. It is also less active in diabetics and obese persons. Therefore, scientists are researching the factors which keep the brown adipose tissue active. Because it is able to burn energy from carbohydrates and fat, it is of great interest for interventions against obesity and diabetes.

Until now, it has only been possible to measure the heat output of brown adipose tissue by means of invasive methods. This approach involves the injection of radioactive substances called "tracers" which participate in the metabolism, making it possible to observe the heat conversion in the tissue. However, a research team has developed a new, non-invasive method. After establishing its viability in mice, the initial measurements in humans have also been successful without the need to inject imaging agents.

The team of researchers demonstrated a relationship between the metabolic activation of the tissue and changes in oxygenated and deoxygenated hemoglobin (red blood pigment), measured by means of multispectral optoacoustic tomography (MSOT). The senior researcher has pioneered MSOT explains the new investigative method as follows: "A laser beam sends light pulses approximately two to three centimeters deep into the tissue. This light is absorbed by tissues containing hemoglobin causing them to minimally warm up and transiently expand. This expansion creates sound waves which can be measured."

The study demonstrated a direct relationship between the metabolic activation of the brown adipose tissue measured using hemoglobin gradients as an intrinsic biomarker of tissue metabolism and its calorie consumption after stimulation.  Authors observebrown adipose tissue composition differences between healthy and diabetic tissues.  "Overall we expect MSOT to become a key tool in measuring metabolic parameters in tissue, using portable and safe MSOT technology" notes the senior author.

"The higher metabolic demand of the brown adipose tissue is supplied by increased blood circulation and oxygen utilization, which can be made visible in the tissue and the venous outflow by MSOT" explains another senior author of the study which was published in "Cell Metabolism." "This means that blood flow and changes in oxygen saturation in blood are markers for metabolic output."

MSOT can overall enable the investigation of an increased number of functional tissue parameters, beyond metabolism, including inflammation or angiogenesis. Overall it is expected that the combination of safe non-ionizing radiation and a portable format will enable novel applications of the technology in point-of-care and outpatient settings. A next step for the investigating team is to examine the accuracy of the technology in quantifying the effect of various medications in the active fat content of the human body. Human cartilage in joints can regrow!