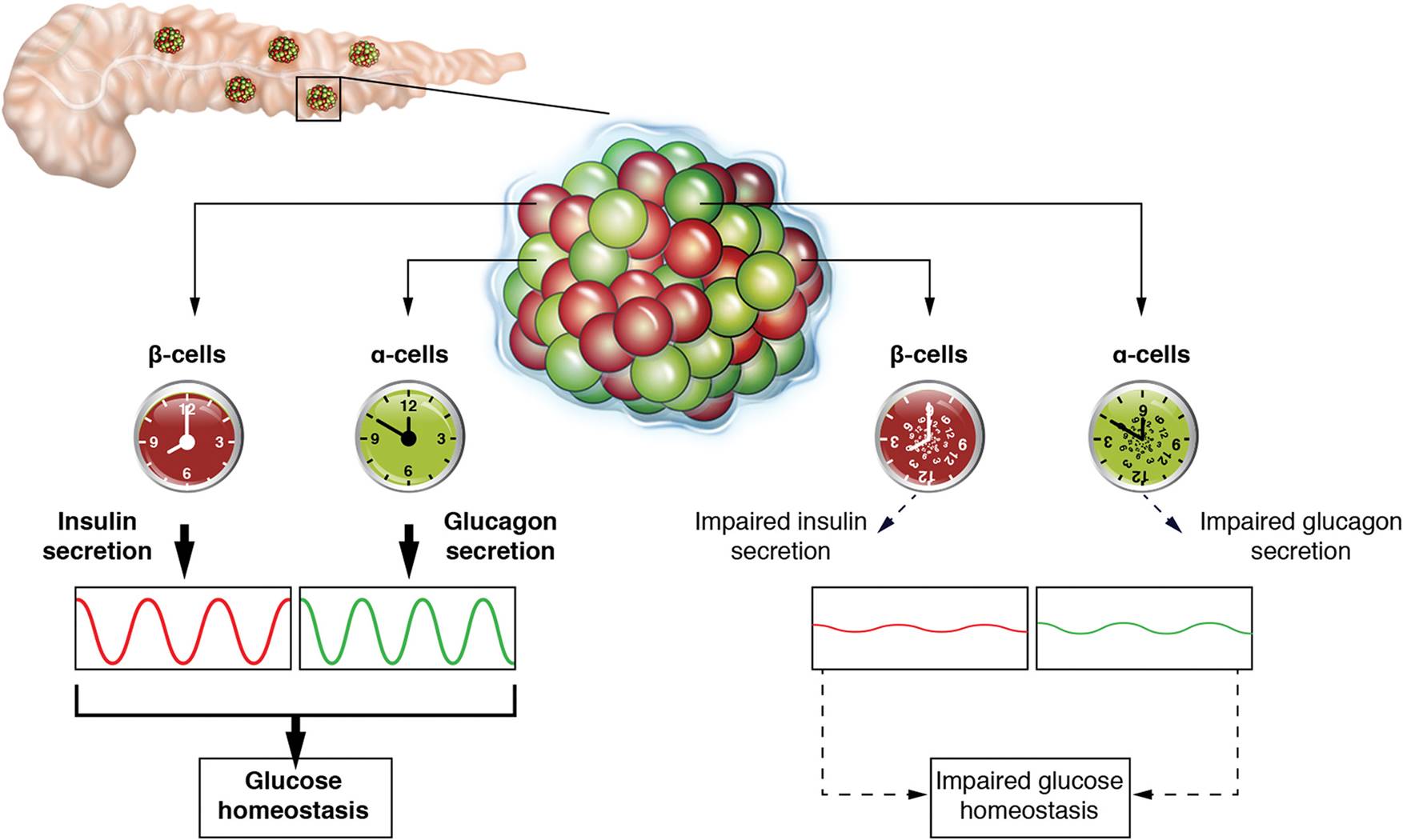 Certain parts of our body, such as the skin or liver, can repair themselves after a damage. Known as cell regeneration, this phenomenon describes how cells that are still functional start to proliferate to compensate for the loss. For the past 30 years, scientists have been investigating the regenerative potential of beta cells, pancreatic cells in charge of the production of insulin. Beta-cell population is indeed partially destroyed when diabetes occurs, and regenerating these cells represents an outstanding clinical challenge.

By studying diabetic mice, scientists observed that this regeneration mechanism was under the influence of circadian rhythms - the molecular clocks regulating metabolic functions according to a 24-hour cycle of alternating day-night. In addition, the scientists identified the essential role of the core clock component BMAL1 in this process. These results, to be read in the journal Gene and Development, allow new perspectives to be envisaged to promote beta cell regeneration.

Compensatory proliferation, in which cells begin to actively divide to replace those that have been damaged, is a biological mechanism that is both well-known and poorly understood. “And this is particularly true for pancreatic beta cells, whose regenerative mechanism stays largely unexplored despite decades of research,” explains The senior author. “However, deciphering this phenomenon and above all finding out how to promote it could be a game changer for controlling diabetes.”

To explore the connection between internal biological clocks and beta cell regeneration, the team first observed two groups of mice with only 20% beta cells remaining after targeted massive ablation. Mice in a first group were arrhythmic, whereas the control group had perfectly functional clocks. “The result was very clear: the mice bearing dysfunctional clocks were unable to regenerate their beta cells, and suffered from severe diabetes, while the control group animals had their beta cells regenerated; in just a few weeks, their diabetes was under control,” says the lead scientist. By measuring the number of dividing beta cells across 24 hours, the scientists also noted that regeneration is significantly greater at night, when the mice are active.

The arrhythmic mice were lacking the BMAL1 gene, which codes for the protein of the same name, a transcription factor known for its key action in the functioning of circadian clock. “Our analyses show that the BMAL1 gene is essential for the regeneration of beta cells,” adds the lead. In addition, large-scale transcriptomic analyses over a 24-hour period revealed that the genes responsible for regulating cell cycle and proliferation were not only upregulated, but also acquired circadian rhythmicity.

"BMAL1 seems to be indeed central for our investigation," stresses the senior author. "However, whether the regeneration requires functional circadian clocks themselves, or only BMAL1, whose range of functions goes beyond clocks remains unclear. That is what we would like to find out at present."

The scientists also want to explore the function of alpha cells, which produce glucagon, the hormone that antagonises insulin, in this model. The arrhythmic mice indeed showed very high levels of glucagon in the blood. "A detailed understanding of these mechanisms must now be pursued, in an attempt to explore the possibility of triggering beta cell regeneration in humans in the future" conclude the authors.