Cognitive repair by diabetes drug only seen in females 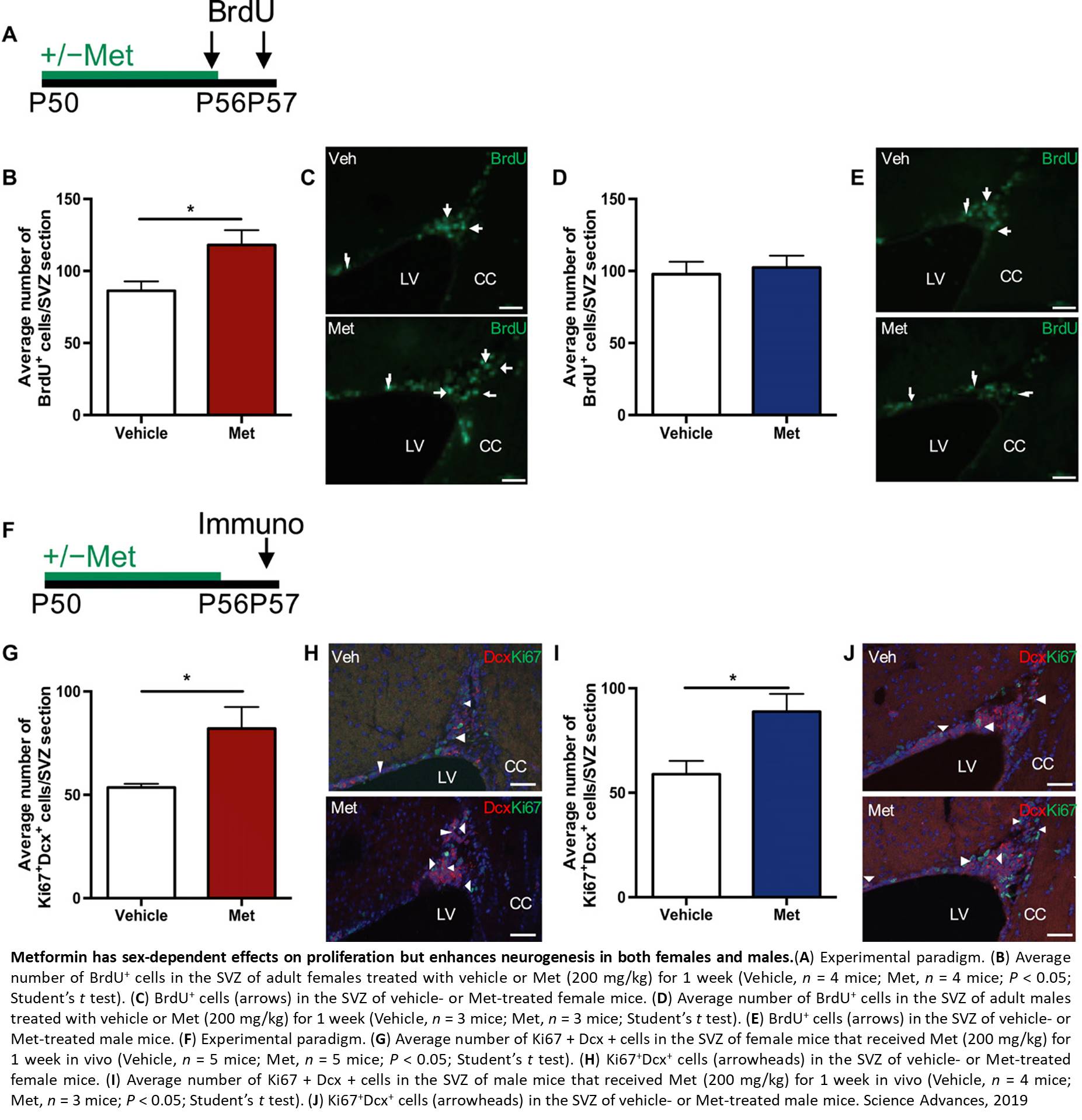 Males are straightforward while females are complicated. This false dichotomy prompted a decades-long exclusion of female animals from research out of fear that their fluctuating hormone levels will muddle the data. But now a new study by scientists shows that a female sex hormone plays a key role in promoting brain repair and opens the door to the development of more effective treatments.

A team of researchers found that metformin, a widely prescribed drug to treat diabetes, promotes repair in adult female brains and is dependent on the sex hormone estradiol. Their findings are described in a study published in the journal Science Advances.

The research builds on a previous study, which sought to find treatment for childhood brain injury. They found that the widely prescribed drug metformin can induce brain repair and improve motor function in newborn mice that had a stroke. Metformin works by activating stem cells in the brain, which can self-renew and give rise to different types of brain cells to replace those killed by injury.

Because brain injury in early life can lead to lifelong cognitive problems, the researchers now wanted to find out if metformin also promoted cognitive recovery.

Graduate student induced stroke in newborn mice, followed by daily metformin treatment before the animals were tested in a puzzle box test that measured learning and memory.

To the researchers' delight, metformin was able to activate neural stem cells in the brain and promote cognitive recovery. But the data also revealed something unexpected. Metformin did not affect all the animals in equal manner. It only worked in adult females.

"When we first looked at the data, we did not see the benefit of the metformin treatment," says the senior author. "Then we noticed that adult females tended to do better than the males."

A closer look revealed that metformin selectively activated the adult female neural stem cells while having no effect on the males. This turned out to be due to the female sex hormone estradiol which somehow enhances the stem cells' ability to respond to metformin. Conversely, the male hormone testosterone appears to inhibit this process. When female mice had their ovaries removed and lacked the female sex hormone, the stem cells did not respond to metformin treatment.

"To know that there are both age and sex dependent effects -- it has such implications for treatment and therapeutics," says the senior author.

The findings come at a time when scientists are reckoning with the data bias that is skewed against women due to the predominant use of male animals in research.

"The thinking was that we're going to study males because everything you need to know is found in the male brain, and then the female brain just complicates things with hormones," says the senior author. "It's very misguided and troublesome for advancing neurological health."

As animal research informs human studies, the sex bias is believed to have led to failed clinical trials, misdiagnosis and inappropriate therapies for women, as highlighted in a recent article in Science.