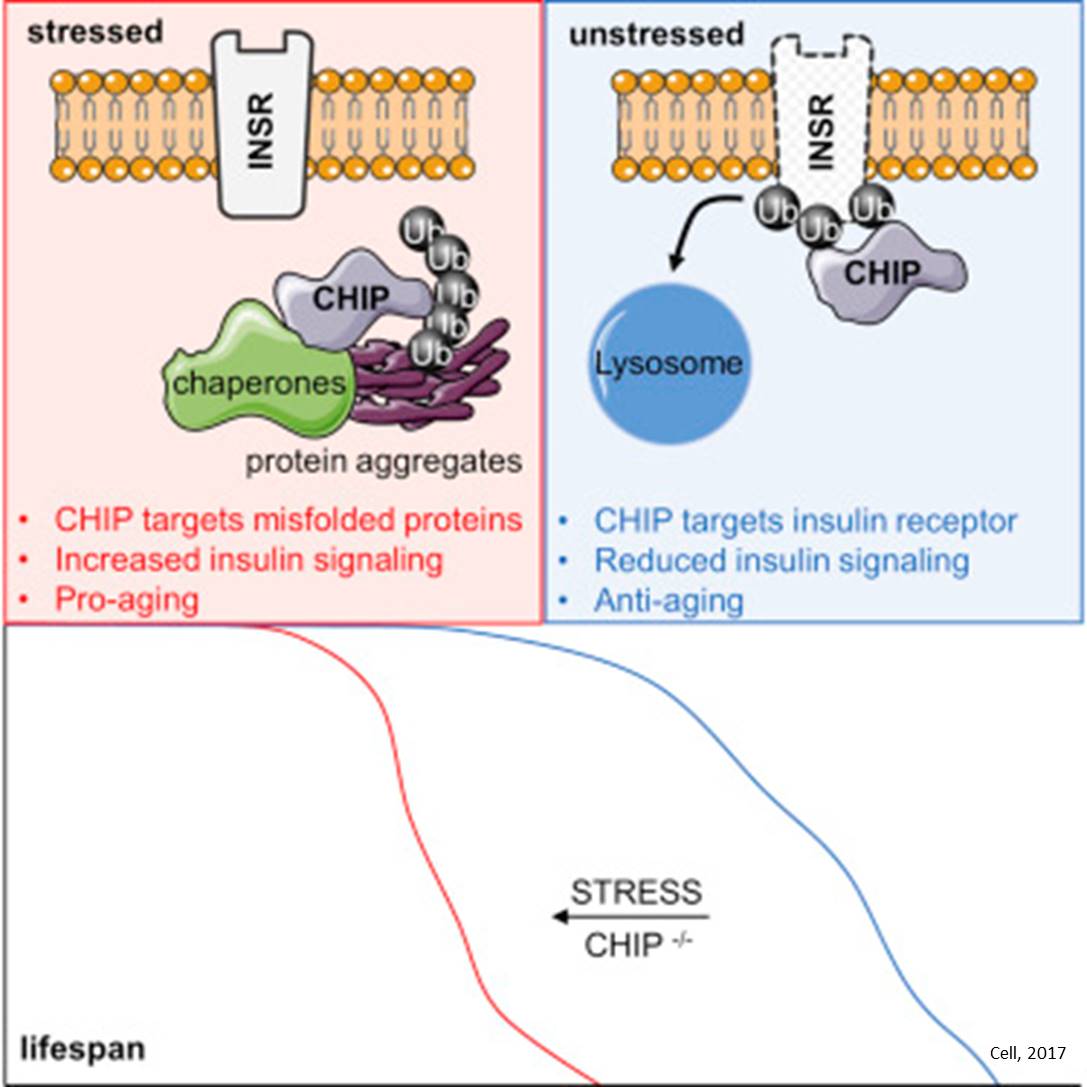 Early in evolution, sugar intake and the regulation of life span were linked with each other. The hormone insulin is crucial here. It reduces blood sugar levels by binding to its receptor on the cell surface. However, many processes for stress management and survival are shut down at the same time.

The team of researchers shows that the protein CHIP plays a crucial role here. It acts like a disposal helper, in that it supplies the insulin receptor to the cellular breakdown and recycling systems by affixing a "green dot" in the form of the molecule ubiquitin onto the receptor. The life expectancy brake is thus released and CHIP unfurls anti-aging activity. "CHIP fulfils this function in nematodes, as well as in fruit flies and in humans. This makes the protein so interesting for us," explains one of the lead authors of the study

The findings were initially very surprising, as CHIP had so far been associated with completely different breakdown processes. Specifically, CHIP also disposes of faulty and damaged proteins, which increasingly occur at an older age and the accumulation of which leads to dementia and muscle weakness. The researchers actually recreated such degenerative illnesses in the nematode and in human cells and observed that there was no longer enough CHIP available to break down the insulin receptor. Premature aging is the result.

Can the dream of a fountain of youth be made a reality and life extended in that researchers encourage cells to form more CHIP? "Unfortunately, it's not that easy," says lead author. When there is too much CHIP, undamaged proteins are also recycled and the organism is weakened. However, the researchers are already looking for mechanisms that control CHIP when breaking down the insulin receptor and that could one day also be used for new treatments.