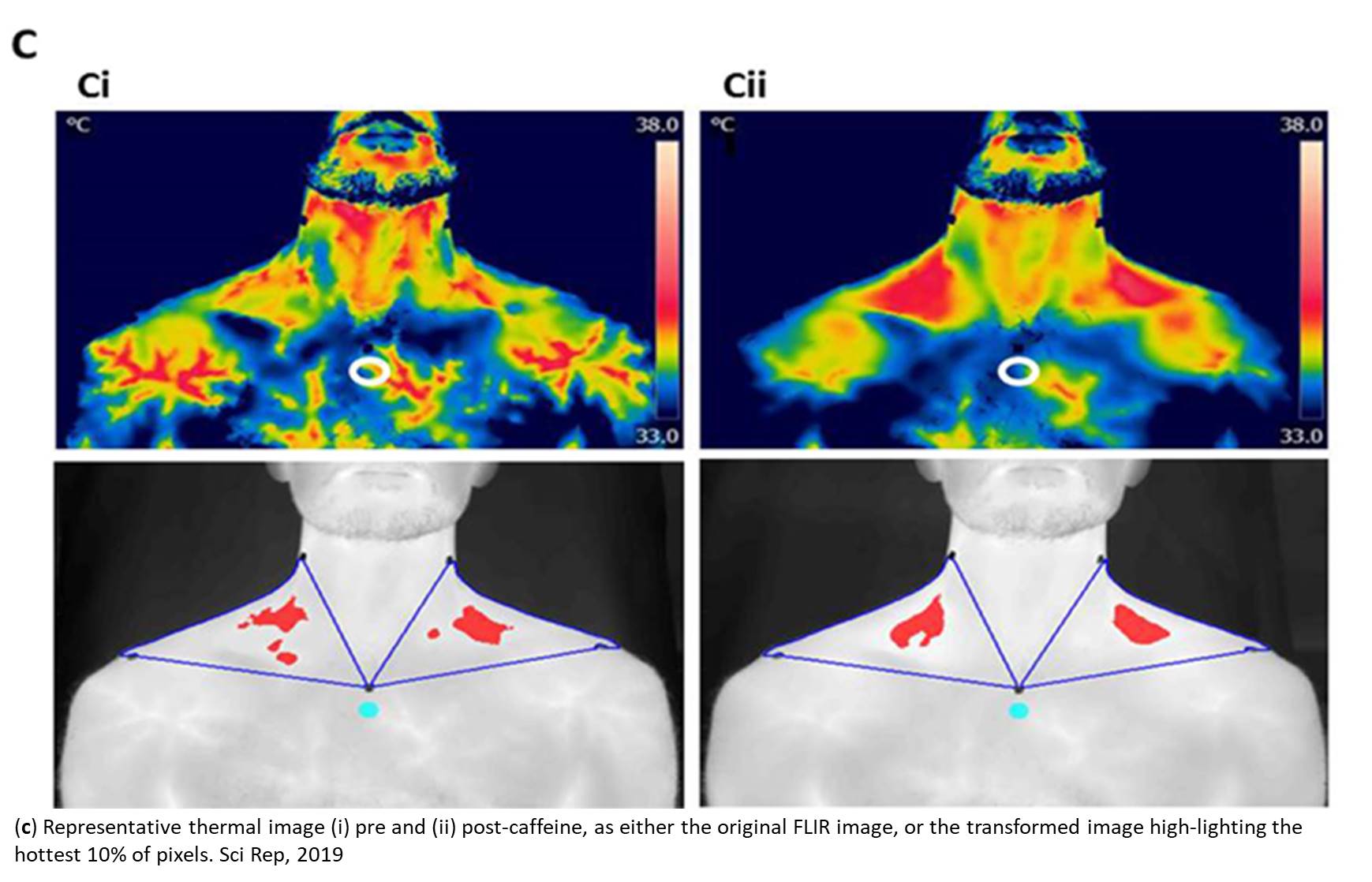 Scientists have discovered that drinking a cup of coffee can stimulate 'brown fat', the body's own fat-fighting defenses, which could be the key to tackling obesity and diabetes.

The pioneering study, published in the journal Scientific Reports, is one of the first to be carried out in humans to find components which could have a direct effect on 'brown fat' functions, an important part of the human body which plays a key role in how quickly we can burn calories as energy.

Brown adipose tissue (BAT), also known as brown fat, is one of two types of fat found in humans and other mammals. Initially only attributed to babies and hibernating mammals, it was discovered in recent years that adults can have brown fat too. Its main function is to generate body heat by burning calories (opposed to white fat, which is a result of storing excess calories).

People with a lower body mass index (BMI) therefore have a higher amount of brown fat.

The co-director of the study said: "Brown fat works in a different way to other fat in your body and produces heat by burning sugar and fat, often in response to cold. Increasing its activity improves blood sugar control as well as improving blood lipid levels and the extra calories burnt help with weight loss. However, until now, no one has found an acceptable way to stimulate its activity in humans.

"This is the first study in humans to show that something like a cup of coffee can have a direct effect on our brown fat functions. The potential implications of our results are pretty big, as obesity is a major health concern for society and we also have a growing diabetes epidemic and brown fat could potentially be part of the solution in tackling them."

The team started with a series of stem cell studies to see if caffeine would stimulate brown fat. Once they had found the right dose, they then moved on to humans to see if the results were similar.

The team used a thermal imaging technique, which they'd previously pioneered, to trace the body's brown fat reserves. The non-invasive technique helps the team to locate brown fat and assess its capacity to produce heat.

"From our previous work, we knew that brown fat is mainly located in the neck region, so we were able to image someone straight after they had a drink to see if the brown fat got hotter," said the senior author.

"The results were positive and we now need to ascertain that caffeine as one of the ingredients in the coffee is acting as the stimulus or if there's another component helping with the activation of brown fat. We are currently looking at caffeine supplements to test whether the effect is similar.

Once we have confirmed which component is responsible for this, it could potentially be used as part of a weight management regime or as part of glucose regulation programme to help prevent diabetes."