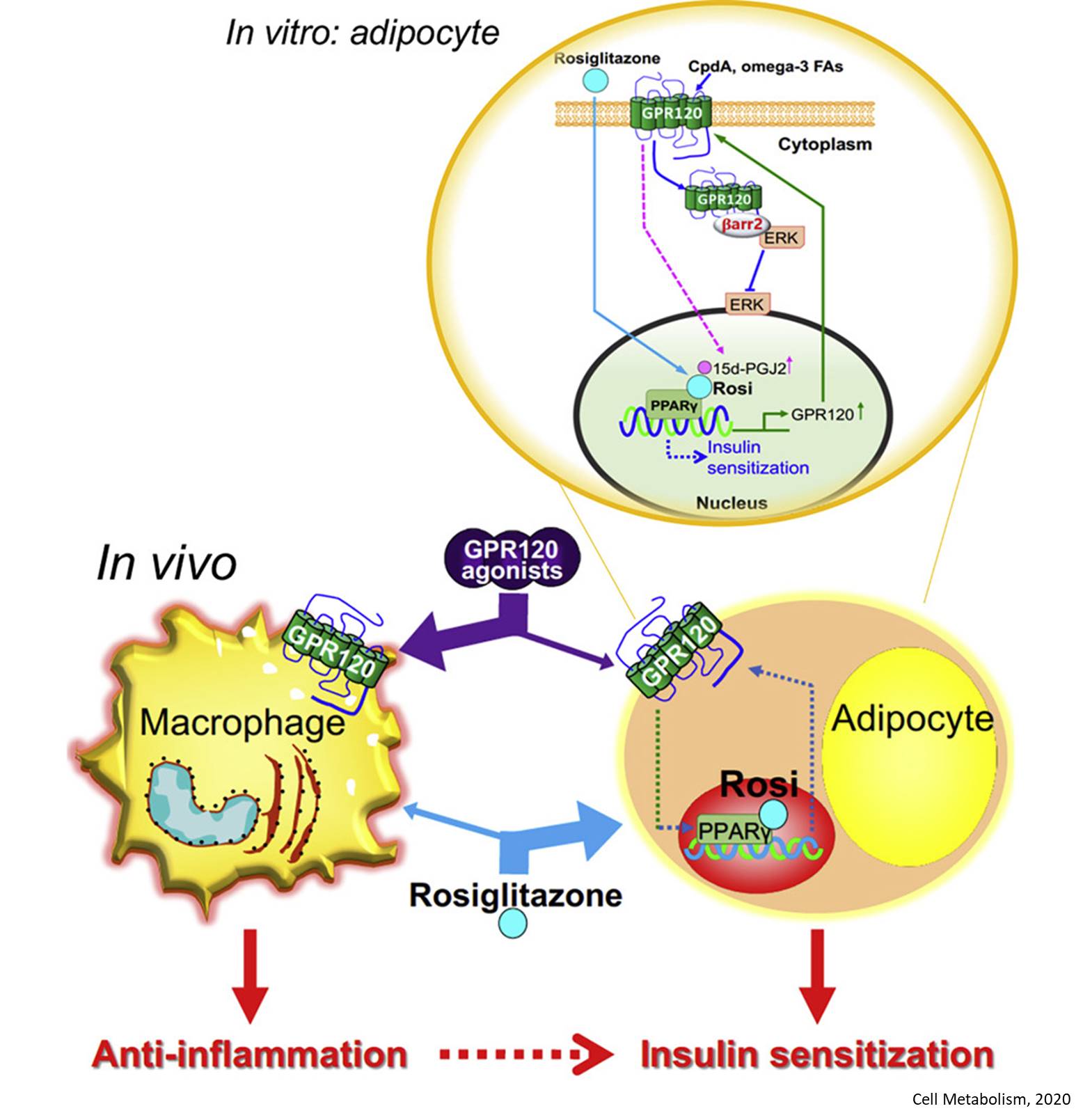 A new study shows how an effective but largely abandoned treatment for Type 2 diabetes could be used again in combination with another drug to eliminate problematic side effects.

Rosiglitazone, sold under the brand name Avandia, won Food and Drug Administration approval in 1999 and became a leading treatment for Type 2 diabetes, capable of increasing insulin sensitivity and glucose tolerance. It fell out of favor after studies raised concerns about the risk of heart attack in some patients, as well as a risk for osteoporosis and evidence of increased weight gain and fluid retention.

In a study published in Cell Metabolism, researchers show how adding a second, experimental drug referred to as Compound A activates a receptor in fat cells and certain immune system cells called the G protein-coupled receptor 120 (GPR120) to complement the effects of rosiglitazone and allow a lower dose to be used.

"The very low dose we used in this study showed no side effects - no weight gain, no fluid retention - in mouse models," says the senior author of the study.

Additional research is needed to check for bone loss and heart problems at the lower dose, the author says, but those effects too could likely be eliminated or lessened by reducing the dosage of rosiglitazone.

"For a long time, rosiglitazone has been used for treating Type 2 diabetes and insulin resistance," the author says. Although there are other drugs to treat Type 2 diabetes, "this drug is very good - very effective. But at the same time, there are still serious side effects, including weight gain, fluid retention, and more."

The current study found that the positive effects of rosiglitazone, which acts on the anti-diabetic target PPARy in fat cells, can be heightened by combining it with an activator, or agonist, to spur GPR120 activity as well.

Mechanistically, the authors show that GPR120 is a PPARγ target gene in adipocytes, while GPR120 augments PPARγ activity by inducing the endogenous ligand 15d-PGJ2 and by blocking ERK-mediated inhibition of PPARγ. Further, the authors used macrophage- (MKO) or adipocyte-specific GPR120 KO (AKO) mice to show that GRP120 has anti-inflammatory effects via macrophages while working with PPARγ in adipocytes to increase insulin sensitivity.