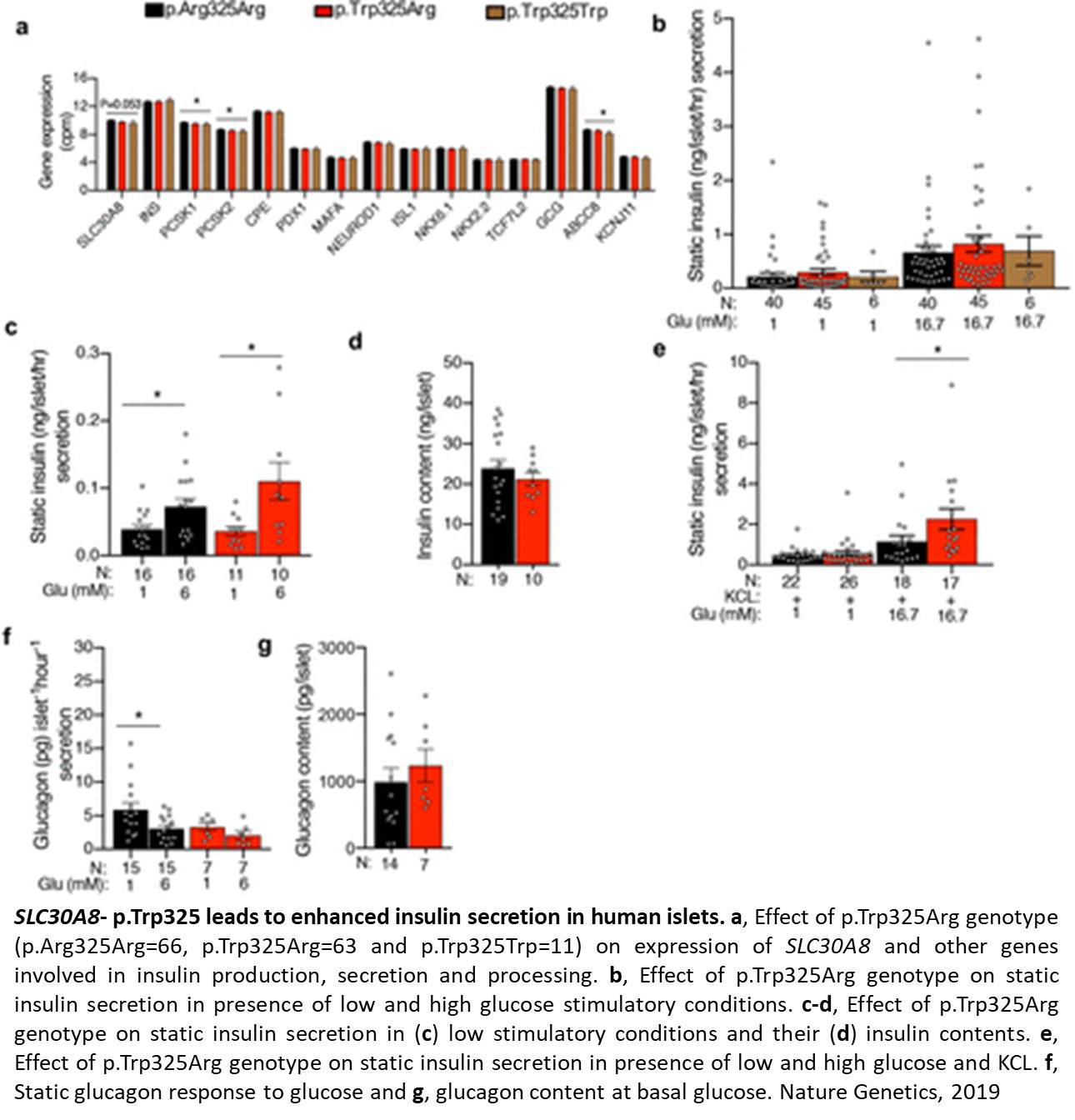 Type 2 diabetes affects almost 400 million people across the world. It is caused by a combination of lifestyle as well as genetic factors which together result in high blood sugar levels.

One such genetic factor is a variation in a gene called SLC30A8, which encodes a protein which carries zinc. This protein is important, because zinc is essential for ensuring that insulin, (the only hormone that can reduce blood sugar levels) has the right shape in the beta-cells of the pancreas.

Researchers have known for almost ten years that changes in this gene can reduce the risk of getting type 2 diabetes, but not how this happened. They now recruited new members from families with a rare mutation in the SLC30A8 gene to study how they responded to sugar in a meal.

"A definite strength of our study is we could study families. We could compare people with the mutation with their relatives who do not have the mutation, but who have similar genetic background and life-style", said the co-lead of the study.

"This way, we could make sure that the effects we were seeing were definitely because of this gene, and not because of another genetic or life-style factor."

The results showed that people with the mutation have higher insulin and lower blood sugar levels, reducing their risk for diabetes.

An international collaboration of 50 researchers also studied pancreatic cells with and without the mutation in the lab, and carried out experiments in mice and human cellular material to understand exactly what was happening when the function of the SLC30A8 gene changed.

"We found that this mutation had collateral consequences on key functions of pancreatic beta cells and during their development. Importantly, this study exposes the extraordinary molecular complexity behind a specific gene variation conferring risk or protection from type 2 diabetes", said the co-first author.

"Taken together, the human and model system data show enhanced glucose-stimulated insulin secretion combined with enhanced conversion of the prehormone proinsulin to insulin as the most likely explanation for protection against type 2 diabetes", said the other co- first author of the study.

Better understanding of the genetic and pathological mechanism behind diabetes can open up new ways of preventing or treating type 2 diabetes.

"Our results position this zinc transporter as an appealing and safe target for antidiabetic therapies. If a drug can be developed that mimics the protective effect of this mutation, beta-cell function could be preserved and the insulin secretion capacity in diabetic patients maintained", said the senior author of the study.