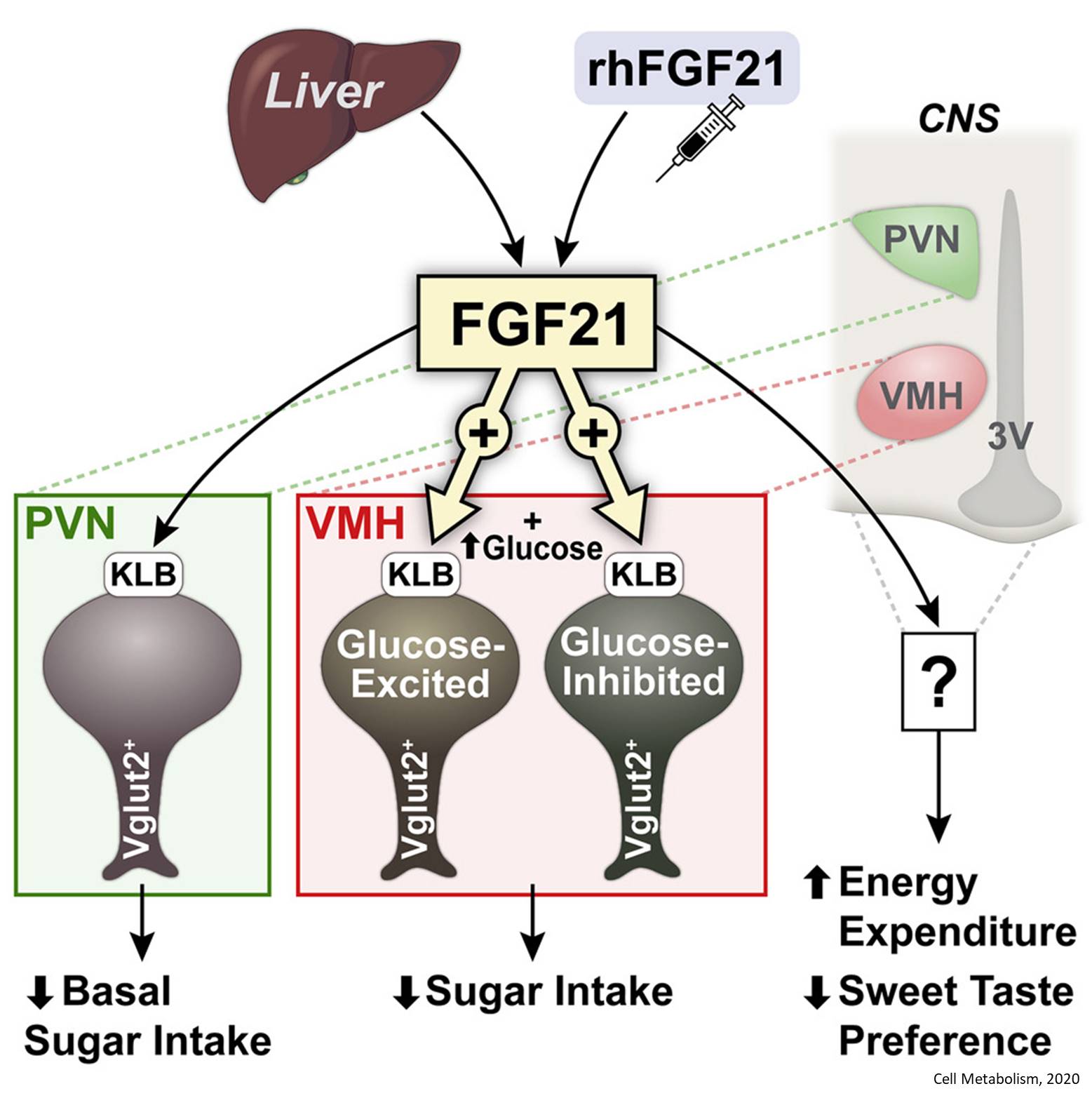 New research has identified the specific brain cells that control how much sugar you eat and how much you crave sweet tasting food.

Most people enjoy a sweet treat every now and then. But an unchecked "sweet tooth" can lead to overconsumption of sugary foods and chronic health issues like obesity and type 2 diabetes. Understanding the biological mechanisms that control sugar intake and preference for sweet taste could have important implications for managing and preventing these health problems.

The new study focuses on actions of a hormone called fibroblast growth factor 21 (FGF21). This hormone is known to play a role in energy balance, body weight control, and insulin sensitivity.

"This is the first study that's really identified where this hormone is acting in the brain and that has provided some very cool insights to how it's regulating sugar intake," the senior author.

The authors previously discovered that FGF21 is made in the liver in response to increased levels of sugar, and acts in the brain to suppress sugar intake and the preference for sweet taste.

Building on that finding, the team has now shown, for the first time, which brain cells respond to FGF21's signals and how that interaction helps regulate sugar intake and sweet taste preference. The study, published in the journal Cell Metabolism, also reveals how the hormone mediates its effects.

Although it was known that FGF21 acted in the brain, identifying the exact cellular targets was complicated by the fact that the hormone's receptor is expressed at very low levels and is therefore difficult to "see." Using various techniques, the researchers were able to precisely identify which cells express the receptor for FGF21.

Several drugs based on a modified form of FGF21 are already being tested as treatments for obesity and diabetes. The new findings could potentially lead to new drugs that more precisely target the different behaviors controlled by FGF21, which might help to control how much sugar a person eats.