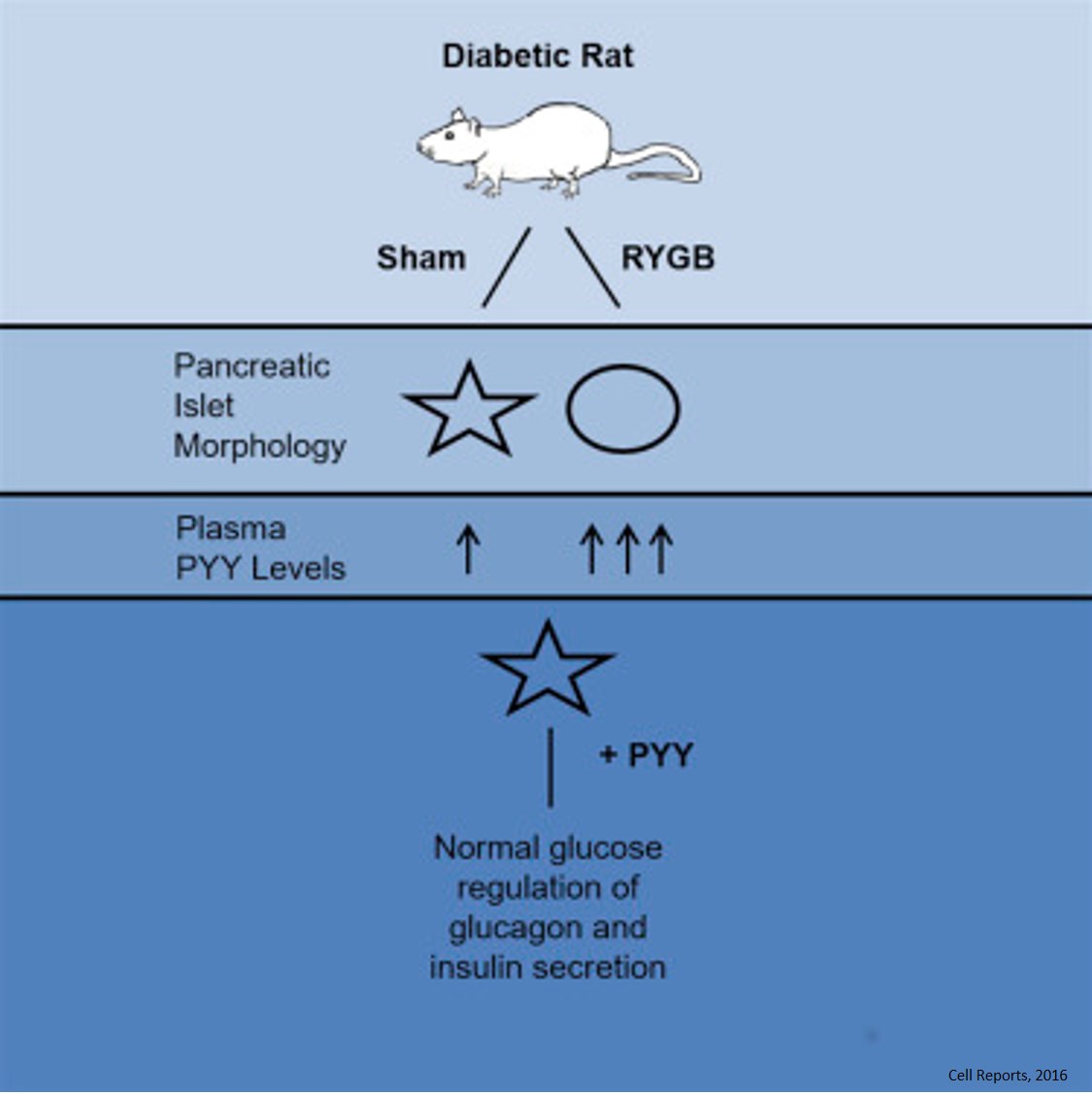 Gastric bypass surgery is the most effective form of weight loss for the morbidly obese. Patients who undergo the surgery also show great improvements in their diabetes after surgery. Many scientists have wondered why.

Researchers have long believed that the remisssion in type 2 diabetes after bariatic surgery is due to the increased production of GLP-1, an appetite-reducing hormone. But researchers discovered that another hormone called peptide tyrosine tyrosine (PYY) has many of the characteristics that cause this effect. The research was done using rats.

These latter effects were reversed following neutralization of the gut hormone PYY but persisted in the presence of a glucagon-like peptide-1 (GLP-1) receptor antagonist. The effects of RYGB on secretion were replicated by chronic exposure of diabetic rat islets to PYY in vitro.

These findings indicate that the mechanism underlying T2D remission may be mediated by PYY and suggest that drugs promoting PYY release or action may restore pancreatic islet function in T2D.