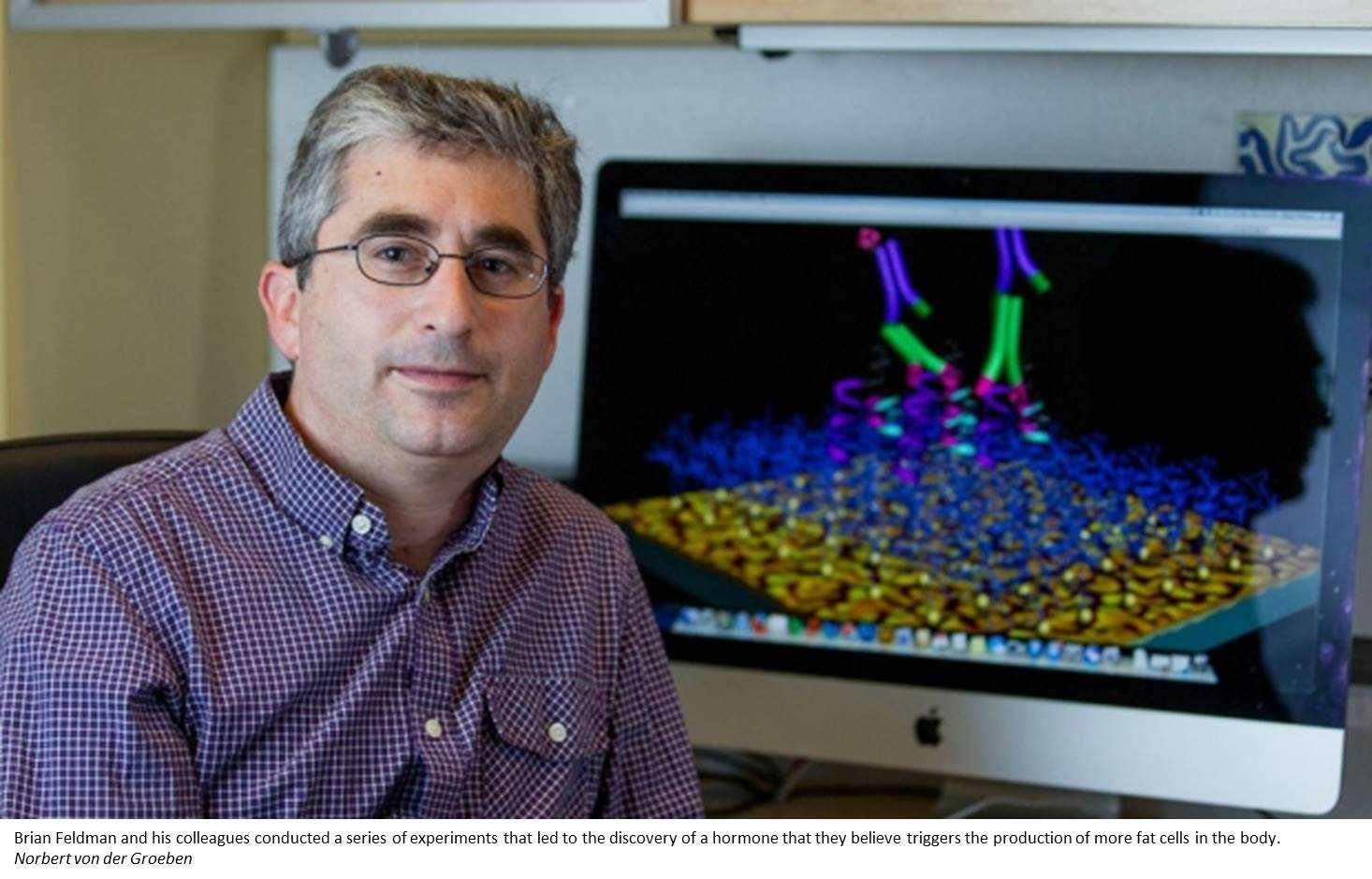 Scientists have discovered a hormone that controls the first step in the maturation of fat cells. Its actions help explain how high-fat diets, stress and certain steroid medications cause obesity.

The new findings are published in Science Signaling.

Around the body, fat depots contain many mature fat cells and small numbers of stem cells. These stem cells can differentiate into more fat cells, but until now, no one has known how the process was triggered.

To identify the role of Adamts1 and understand how it works, the team conducted a series of experiments using fat cells and their precursors in a dish, followed by studies in mice and humans. They started their search by looking for genes that change activity in response to glucocorticoid medications. These medications, which include prednisone and dexamethasone, have the serious, negative side effects of promoting obesity and diabetes. The scientists wanted to understand how. Among their findings:

These findings are consistent with earlier research showing that more visceral, but not more subcutaneous, fat cells mature when someone eats a high-fat diet, and suggest that Adamts1 is a major regulator of this difference between the two types of fat. In humans who gained weight while eating a high-fat diet, the research team saw that the Adamts1 responses were consistent with what was seen in mice.

The results suggest how both high-fat diets and synthetic and natural stress hormones are tied to greater obesity. In essence, stress hormones send a message via Adamts1 to make more fat cells mature.

The study's results do not exclude the possibility that other, undiscovered hormones also influence fat cells' decision to mature; however, Adamts1 is probably one of the most important, senior author said. "There may be a group of regulators, but the potency of Adamts1 suggests it's a dominant signal, a major player," senior author said.

The scientists still have many questions left to answer about Adamts1, including whether it might somehow be used as a target for anti-obesity drugs.

Studying the genome organization inside the nucleus

How 'junk DNA' switches on a gene is captured in live cells!