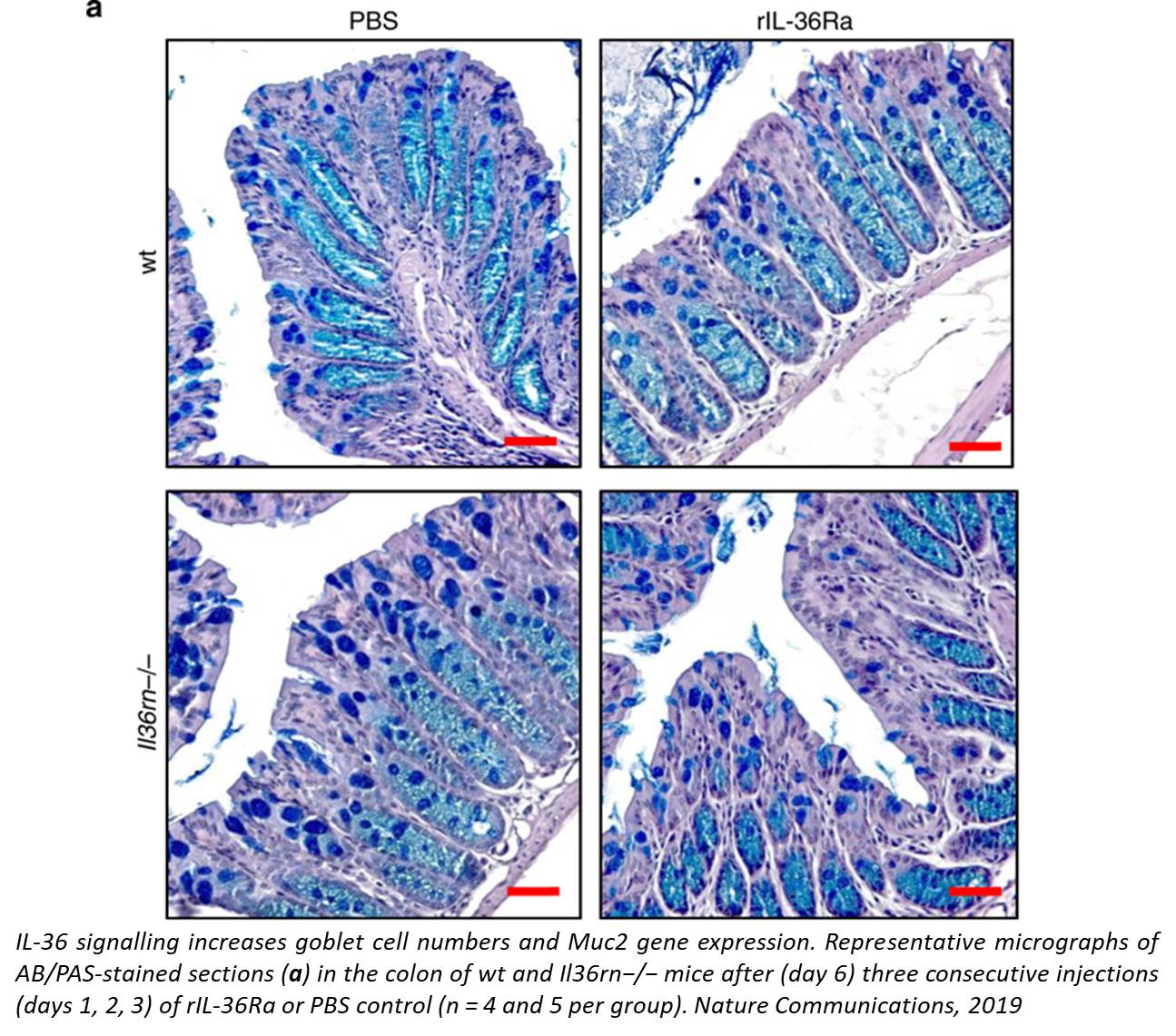 Scientists have for the first time discovered a family of proteins that are associated with lower blood sugar levels among obese patients with type 2 diabetes.

Their research is published in the journal Nature Communications. The study showed that patients with type 2 diabetes who have high levels of the protein, IL-36 cytokines, were found to have lower blood sugar levels, implying that those proteins are associated with better control of the patient's blood sugar levels and their disease.

IL-36 cytokines are members of a larger family of proteins known as the interleukin-1 family which have emerged as central players in the development of obesity related disease. Mice lacking IL-36Ra, an IL-36 family signalling antagonist, develop less diet-induced weight gain, hyperglycemia and insulin resistance.

These protective effects correlate with increased abundance of the metabolically protective bacteria Akkermansia muciniphila in the intestinal microbiome. IL-36 cytokines promote its outgrowth as well as increased colonic mucus secretion.

Obesity causes an increased level of fatty acids and inflammation leading to insulin resistance. When the body is resistant to the insulin it produces it causes a high build-up of glucose or blood sugar, ultimately leading to type 2 diabetes.

Obesity is now recognised as a global pandemic and has been definitively linked to a wide range of diseases including metabolic disorders such as diabetes, stroke and many types of cancer. The World Health Organisation state that global levels of obesity have more than doubled since 1980. In Ireland, according to the Healthy Ireland survey, 854,165 adults over 40 in the Republic of Ireland are at increased risk of developing (or have) type 2 diabetes. The economic burden of diabetes on the Irish health care system is becoming a major challenge for the government.

Given the scale and global reach of the problem, current approaches aimed at reversing the tide of obesity driven disease are insufficient. The research team believe that there is an urgent need to achieve a greater understanding of the mechanisms associated with obesity related diseases.

Lead scientist said: "This study has added to a substantial body of work which has revealed the important function of the broader interleukin-1 family as mediators of metabolic health and disease. Our findings have opened the door to a deeper investigation of how IL-36 cytokines impact on the development of such diseases in humans and whether this can be exploited for the better treatment of patients."