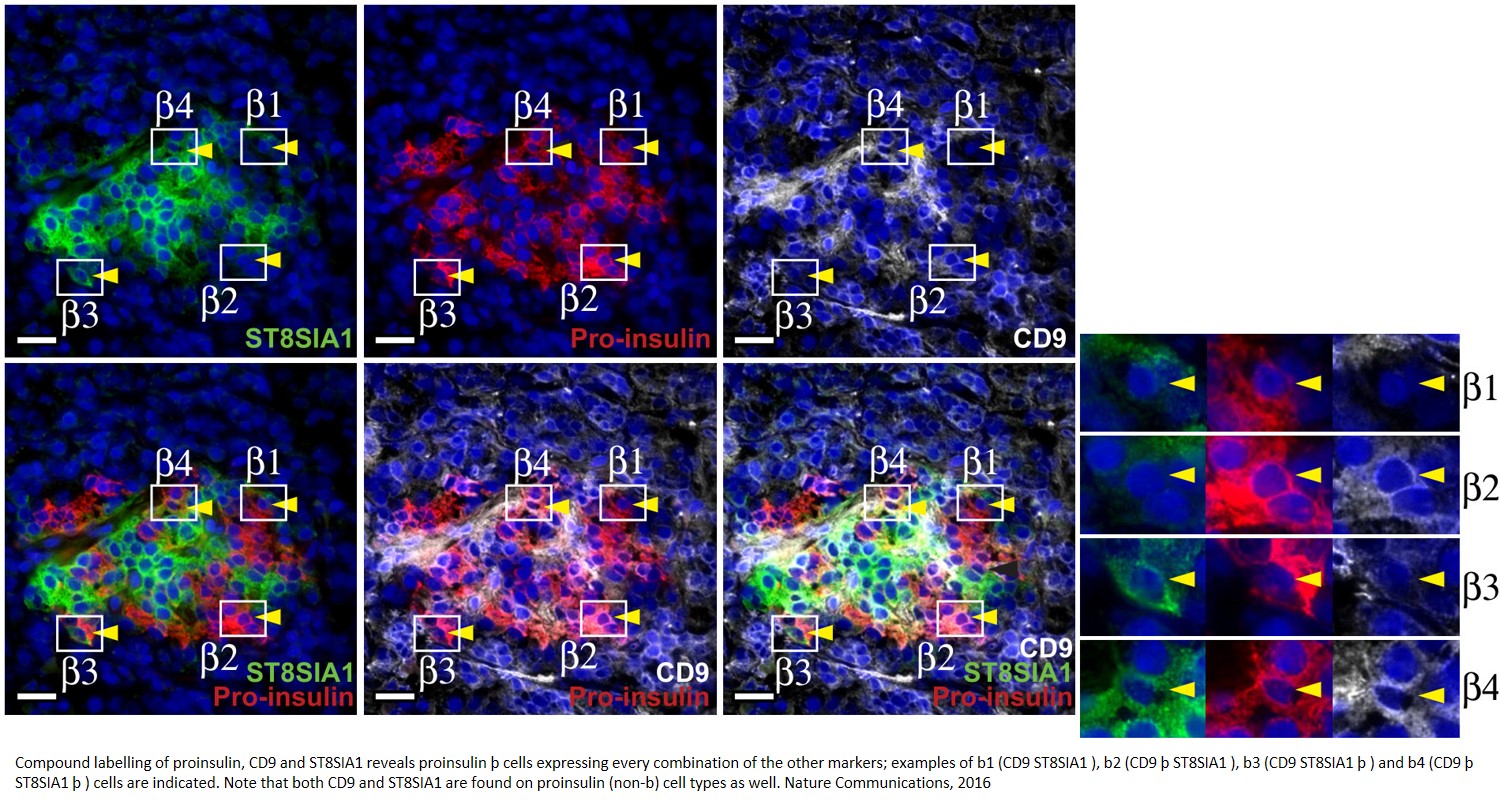 Diabetes affects more than 29 million people in the United States. It is caused by the dysfunction or loss of insulin producing beta cells, which help the body to achieve normal blood sugar levels. Previously, only a single variety of beta cell was known to exist.

A new study has determined the existence of at least four separate subtypes of human insulin producing beta cells that may be important in the understanding and treatment of diabetes. The findings were published in the journal Nature Communications.

"This study marks the first description of several different kinds of human insulin producing beta cells," said primary investigator. "Some of the cells are better at releasing insulin than others, whereas others may regenerate quicker. Therefore, it is possible that people with different percentages of the subtypes are more prone to diabetes. Further understanding of cell characteristics could be the key to uncovering new treatment options, as well as the reason why some people are diabetic and others are not."

Using human pancreatic islets, or clusters of up to 4,000 cells, the team discovered a method to identify and isolate four distinct types of beta cells. They also found that hundreds of genes were differently expressed between cell subtypes and that they produced different amounts of insulin. All type 2 diabetics had abnormal percentages of the subtypes, suggesting a possible role in the disease process.

Additional research is needed to determine how different forms of diabetes - and other diseases - affect the new cell subtypes, as well as how researchers may take advantage of these differences for medical treatment.