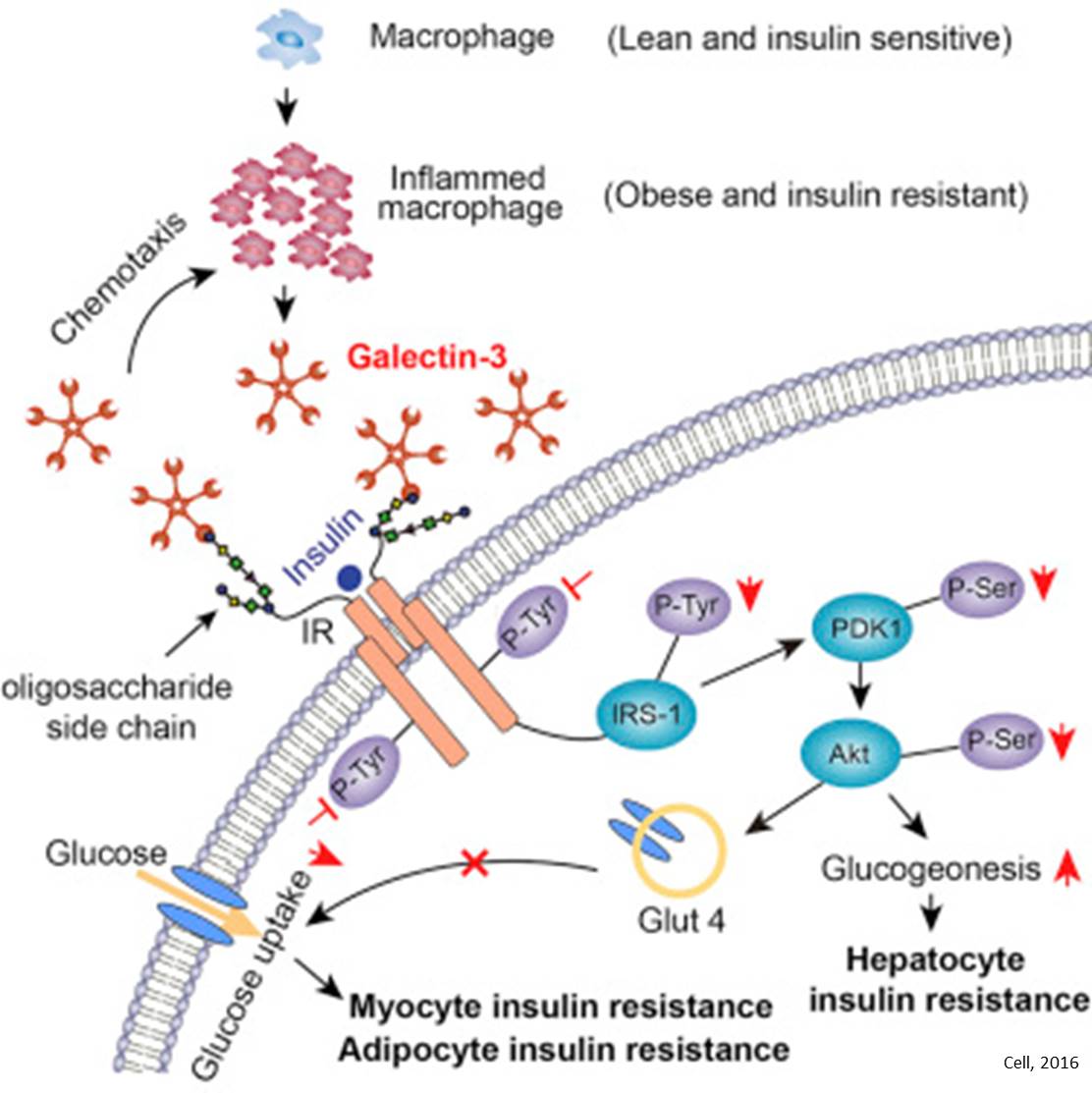 By removing the protein galectin-3 (Gal3), a team of investigators were able to reverse diabetic insulin resistance and glucose intolerance in mouse models of obesity and diabetes.

By binding to insulin receptors on cells, Gal3 prevents insulin from attaching to the receptors resulting in cellular insulin resistance. They showed that by genetically removing Gal3 or using pharmaceutical inhibitors to target it, insulin sensitivity and glucose tolerance could be returned to normal, even among older mice. However, obesity remained unchanged.

"This study puts Gal3 on the map for insulin resistance and diabetes in mouse model," said senior author of the study. "Our findings suggest that Gal3 inhibition in people could be an effective anti-diabetic approach."

Researchers have been studying how chronic tissue inflammation leads to insulin resistance in type 2 diabetes. In the paper, published in the journal Cell, researchers explain that inflammation requires macrophages -- specialized cells that destroy targeted cells. In obese adipose tissue (fat), for example, 40 percent of cells are macrophages. Macrophages in turn secrete Gal3, which then acts as a signaling protein attracting more macrophages, thus resulting in the production of even more Gal3.

Furthermore, investigators identified bone marrow-derived macrophages as the source of Gal3 that leads to insulin resistance. More importantly, researchers found that Gal3 is secreted by macrophages, and can then cause insulin resistance in liver, fat cells, and muscle cells independent of inflammation.