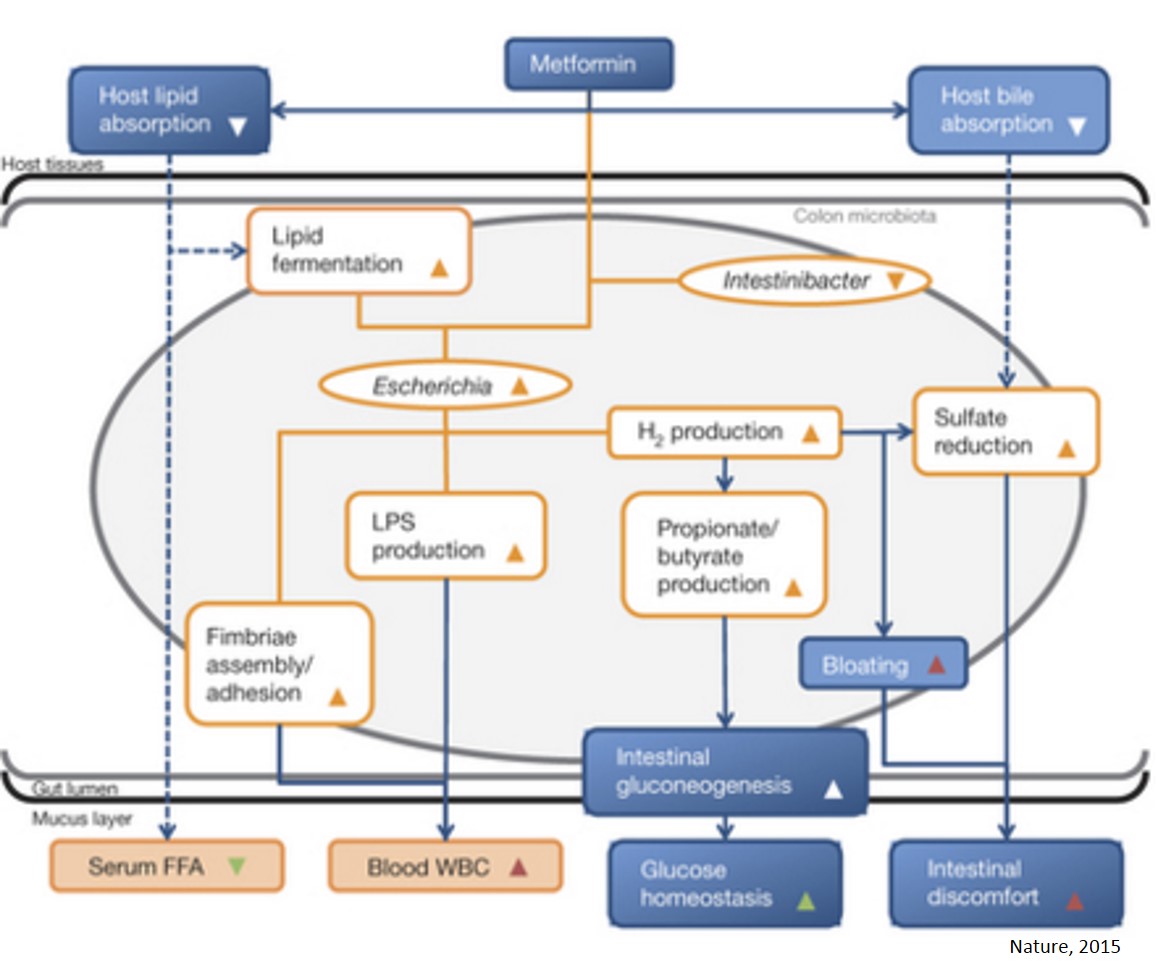 In recent years, several associations between common chronic human disorders and altered gut microbiome composition and function have been reported. In most of these reports, treatment regimens were not controlled for and conclusions could thus be confounded by the effects of various drugs on the microbiota, which may obscure microbial causes, protective factors or diagnostically relevant signals.

They show, using 784 available human gut metagenomes, how antidiabetic medication confounds these results, and analyze in detail the effects of the most widely used antidiabetic drug metformin.

The study shows that the most frequently used drug for the treatment of high blood glucose levels, metformin, causes favorable changes in the gut microbiota in patients with type 2 diabetes.

This boosts the capability of the bacteria to produce certain types of short-chain fatty acids, such as butyric acid and propionic acid. These fatty acids can reduce blood glucose levels in different ways.

Metformin is, however, also known for having adverse effects on the gastrointestinal tract, for example bloating and increased flatulence. The study has provided the researchers with a possible explanation, since patients treated with metformin have more coliform bacteria in their intestines, which may be one of the causes of the inconveniences.

"We weren't able to show that other types of antidiabetic drugs had any actual impact on the gut microbiota . When studying type 2 diabetes patients not being treated with metformin, we did, however, discover that they - irrespective of whether they were from Denmark, China or Sweden - had fewer of the bacteria which produce the health-promoting short-chain fatty acids. Whether the lack of certain combinations of fatty acid producing intestinal bacterial species is one of the factors contributing to type 2 diabetes is currently being investigated," says the author in the work published in the journal Nature.

How the brain consolidates memory during deep sleep