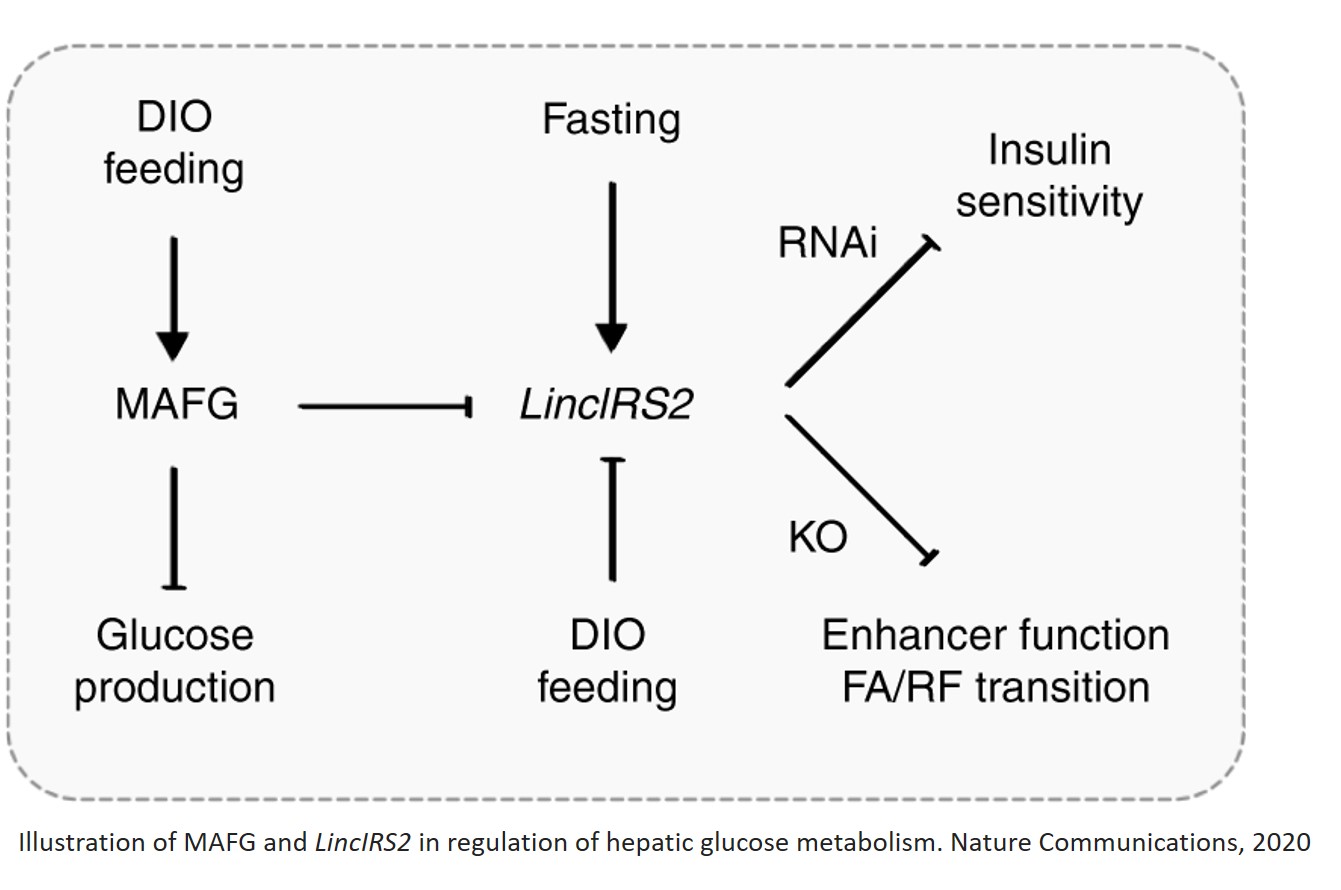 Unlike what we commonly refer to as 'genes', 'Long noncoding RNA' (LncRNAs) do not lead to the production of proteins that our cells, and thus our entire bodies are made of.

Previously, it was believed that LncRNAs served no major purpose in cells, but new research now shows that one of these LncRNAs termed 'LincIRS2' is important for safeguarding our metabolism as LincIRS2 loss favors development of metabolic complications in mice.

In my estimate, only the function of less than 100 of the nearly 60,000 LncRNAs encoded in our genomes has been truly understood says the senior author.

In clear comparison, researchers have largely understood the function of the 20,344 genes that encode proteins. That's why it's so exciting that we were able to identify the key role of this particular LncRNA using mice as a model organism, the author says. In addition, we were able to delineate a new, exciting mechanisms for how LncRNAs themselves are controlled.

Using the 'molecular scissor' CRISPR/Cas9, the research team succeeded in cutting out LincIRS2 from the mouse's genome. Next, the researchers observed that mice lacking LincIRS2 developed metabolic complications like elevated blood sugar levels when the LncRNA had been deactivated. Conversely, when performing treatments that activate LincIRS2, mice maintained healthy blood sugar levels even when becoming obese.

It is difficult to predict exactly how this new knowledge can be used, but it is intriguing to speculate that restoring or inhibiting specific LncRNAs could be used to treat diabetic patients or other metabolic disorders one day, says the senior author. The research team just published these new findings in the prestigious journal Nature Communications.