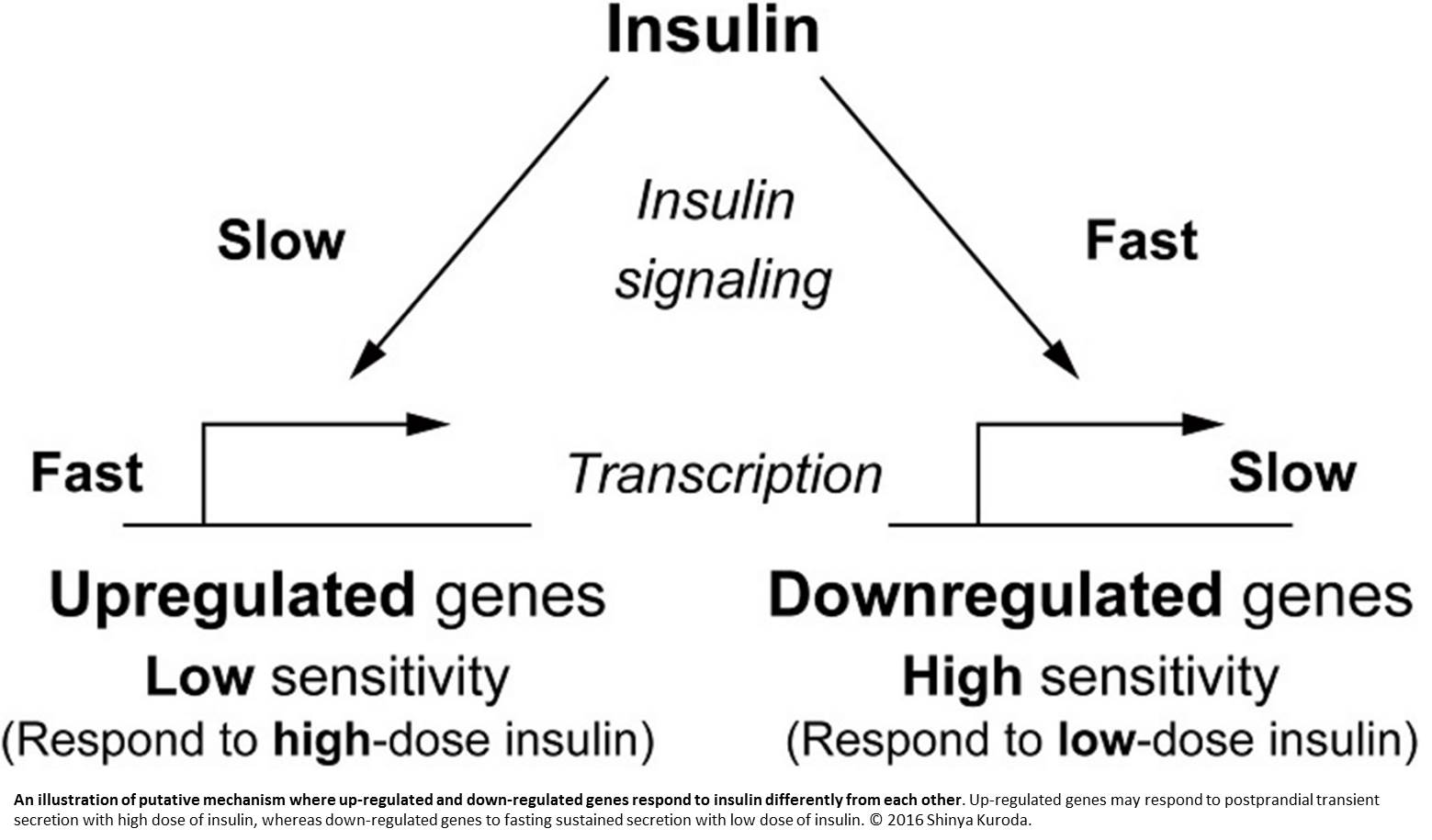 Researchers have found that genes respond differently to the amount and rate of secretions of insulin, a hormone whose malfunction can lead to obesity and diabetes. Some genes express themselves quickly when stimulated by high levels of insulin, while others pick up on low sustained levels of the hormone, and repress themselves instead.

Insulin plays an important role in lowering glucose to regulate blood sugar. The body sustains low-dose levels of insulin at all times, while secretions spike temporarily after meals, creating wavelike fluctuations in the amount of insulin that is secreted and circulating in the bloodstream.

The hormone is also involved in metabolism and other cellular and biological processes by regulating gene expression; but the mechanism by which the amount and temporal patterns of insulin secretions--caused by eating and longer periods of fasting between meals--control the manifestation or repression of genes was not clear.
The team xtracted wavelike patterns representing temporal changes in genetic expression, for all genes responsive to insulin stimulation; they worked with cultured cells derived from malignant tumors in rat livers, called FAO cells, that were injected with insulin and used RNA sequencing to measure gene expression.

The scientists found that 278 genes responded to insulin, referring to them as insulin-responsive genes, or IRGs. From these, they identified over 50 genes that are involved in important processes, such as cell metabolism, cell growth, and cell division.

Furthermore, the researchers confirmed that the response of a subset of IRGs in rat livers, when injected with insulin, dovetailed with the results involving cultured cells.

"Our study shows how temporal changes and doses of insulin control gene expression," says a coauthor.

"The method we used can be applied to all biological phenomena for which wavelike patterns representing temporal changes can be obtained," says the co-author. "One of the potential uses of this approach is to design therapies using drugs whose release rate can be controlled to effectively treat diseases like type 2 diabetes."